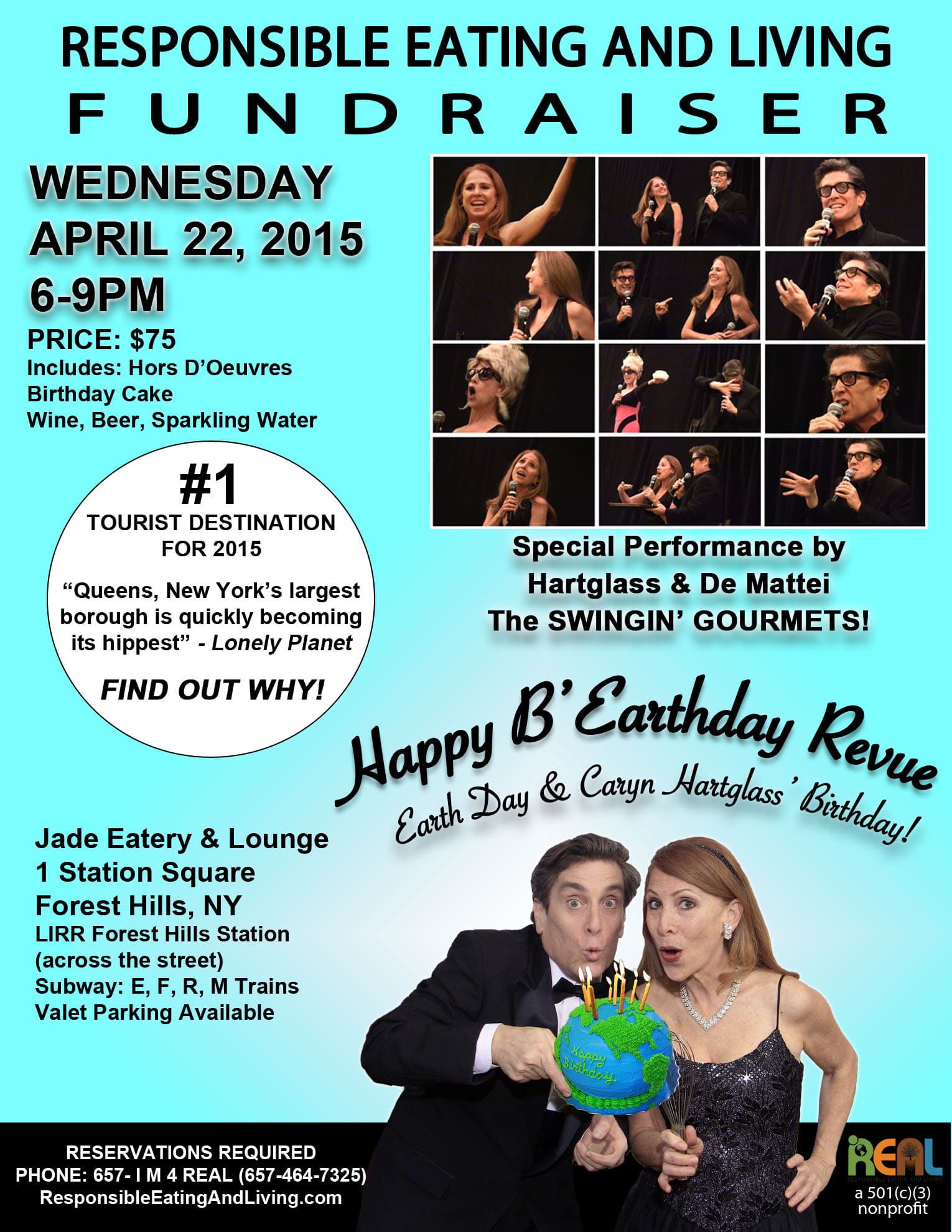 Special Thanks to Our Event Underwriters

6:00 to 7:30PM: The fundraising event starts at 6:00 PM with complimentary wine, beer, sparkling water and hot and cold passed hors ‘d’oeuvres and a silent auction.
7:30 to 8:30 PM: After the cocktail hour the guests will be entertained by The Swingin’ Gourmets when they take the stage to present their idea for the first vegan musical which will include skits, songs and several surprise guest performers from the movement. You won’t want to miss this 45-minute show.
8:30 to 9:00 PM: Coffee and cake are added to the menu along with a special surprise guest who takes the stage as the auctioneer doing the live auction, announcing the winners of the silent auction and presenting the cake to Caryn so we can all sing happy birthday to her and the planet earth.