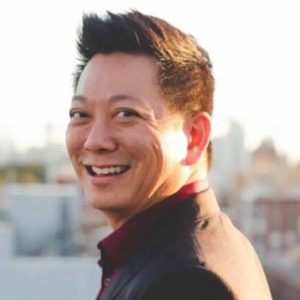 Jay is the Chief Creative Officer at the Social Edge, a digital publishing and social media company based in New York City, and he has overseen George Takei’s meteoric rise on social media from its inception. Jay is the composer and lyricist for the Broadway musical Allegiance and is a producer on several Broadway shows including the Tony winning Hadestown. In his prior life, Jay was an appellate litigator admitted before the 9th Circuit and the U.S. Supreme Court. He now lives in Harlem and is on a quest for wisdom, hilarity and great veggie eats.