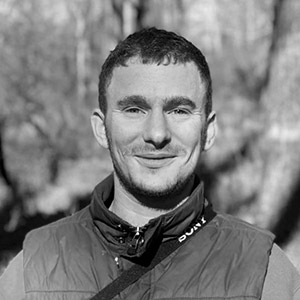 David is a lifelong Brooklynite and a dedicated advocate for animals and co-existence with wildlife. Among other pursuits, David founded GooseWatch NYC in 2011 and during the past 7 years he has been involved with numerous efforts to protect threatened wildlife living in NYC through activism, legislation and policy. Under his leadership, GooseWatch NYC organized successful campaigns, notably including, the documentation of USDA Wildlife Service round-ups and killing of Canada geese in New York City parks, pivotal in encouraging the City to move towards non-lethal goose management policies, as well as passage of legislation to stop the N.Y.S. Department of Environmental Conservation’s plan to eradicate mute swans in New York State, and the prevention of USDA’s killing of Staten Island’s wild turkeys by helping to coordinate their relocation to farm animal sanctuaries in upstate New York. GooseWatch also worked to protect deer on Staten Island and coyotes in Queens, and participated in the campaign to ban wild animal performances in circuses. As a licensed wildlife rehabilitator, David has assisted with many rescues of injured geese, raccoons, squirrels, and pigeons. David graduated from Brooklyn Law School in 2015, and has served as a Councilmanic Aide for New York City Council Member Daniel Dromm, Legislative Director for New York State Assemblymember Linda B. Rosenthal, and Assistant Law Clerk to the Hon. Justice Katherine A. Levine in the New York State Supreme Court. 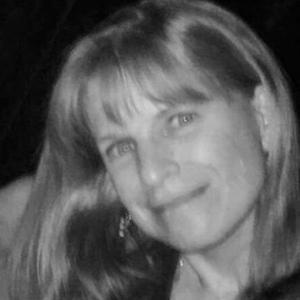 Joyce has extensive experience as a multifaceted advocate for animals. A former clinical social worker, Joyce entered the animal rights field as Northeast Campaigns Coordinator and then Northeast Director for In Defense of Animals. She gained expertise in and began to see the value of legislative work and electioneering by serving on the Board of Directors of League of Humane Voters-NYC. She then became Program Manager of the surrender prevention program Pet Help Partners at The Humane Society of the United States (HSUS), keeping thousands of animals in their homes and out of shelters. When she transitioned to become NYC Coordinator at The HSUS, she worked on passing local animal-friendly legislation, most notably as a leader in the successful campaign to ban wild animals in circuses in NYC in 2017. Joyce currently manages a community pets program at a local animal society and is thrilled to be serving on the Board of Directors of Voters for Animal Rights. Using her expertise, experience, and passion to pass laws to protect animals and to help ensure animal-friendly legislators are in office are her biggest priorities as an animal rights activist. Joyce has rescued dozens of dogs and cats over the years and she currently lives with her three rescued cats Pablo, Patrick, and Lucy.