Richard Miron, For The Birds 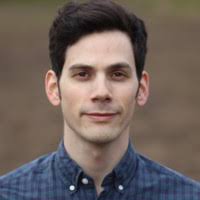 Richard Miron assistant-edited Oscar®-nominated Life, Animatedas well as Art and Craft(Oscar®shortlist). He was the lead editor for the recent feature documentary The Surrounding Game(available on Netflix). He received his B.A. in Art from Yale University, where he won the Howard Lamar Prize, Yale’s top film award. Miron was for two years the Director of Programming for the Environmental Film Festival at Yale and has a background in animal rights. He received the Marcie Bloom Fellowship in Film and was a fellow in the 2016 IFP Documentary Labs.

SEE THE PREMIER OF FOR THE BIRDS

Award-winning documentary FOR THE BIRDS touches down for one week only in NYC May 31–June 6 at IFC Center and in LA June 14–20 at Laemmle Monica Film Center.

Opening-night special screenings (5.31 @ 7:30PM in NYC and 6.14 @ 7:40PM in LA) will be followed by a Q&A with the filmmakers. And attendees in New York can anticipate an appearance by Executive Producer Brian Reed, of the popular podcast S-Town, who will moderate the post-screening panel!