Matt and Phil Letten (The Vegan Bros), Vodka is Vegan 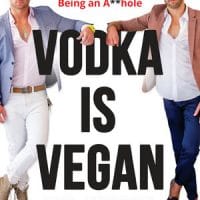 The Vegan Bros, Matt Letten and Phil Letten, are brothers (and bros) who have transformed their lives by adopting a vegan lifestyle. Popular bloggers, health and fitness consultants, and animal-rights advocates, they’ve been featured in mainstream media outlets such as VICE, Business Insider, Fast Company, CW, and the Guardian. And they’re just getting started.