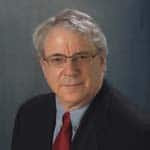 As many of us continue to strive for a more peaceful, just world, we often don’t see the progress being made. It’s time to take a moment to savor the small successes that are making headlines in mainstream media. For example, this week’s New Yorker cover highlights the debate going on now about Mayor Bill de Blasio’s campaign promise to abolish horse-drawn carriages here in New York City. I support the ban. It’s a small but symbolic step in the struggle to end the violence, exploitation, pain and suffering brought on by human animals to other sentient beings.

And the cover story of the New York Times Magazine this weekend is about Steven Wise and his organization‘s mission to get the courts to recognize that nonhuman animals should be considered legal persons under the common law. It’s a lifelong goal and he is patiently taking the small steps necessary to reach it.

I had the opportunity to speak with Steven Wise in 2009 about his book, An American Trilogy: Death, Slavery, and Dominion on the Banks of the Cape Fear River which is one of my all time favorite books regarding human and nonhuman animal exploitation. It’s one of our featured podcasts right now. LISTEN to the interview here.