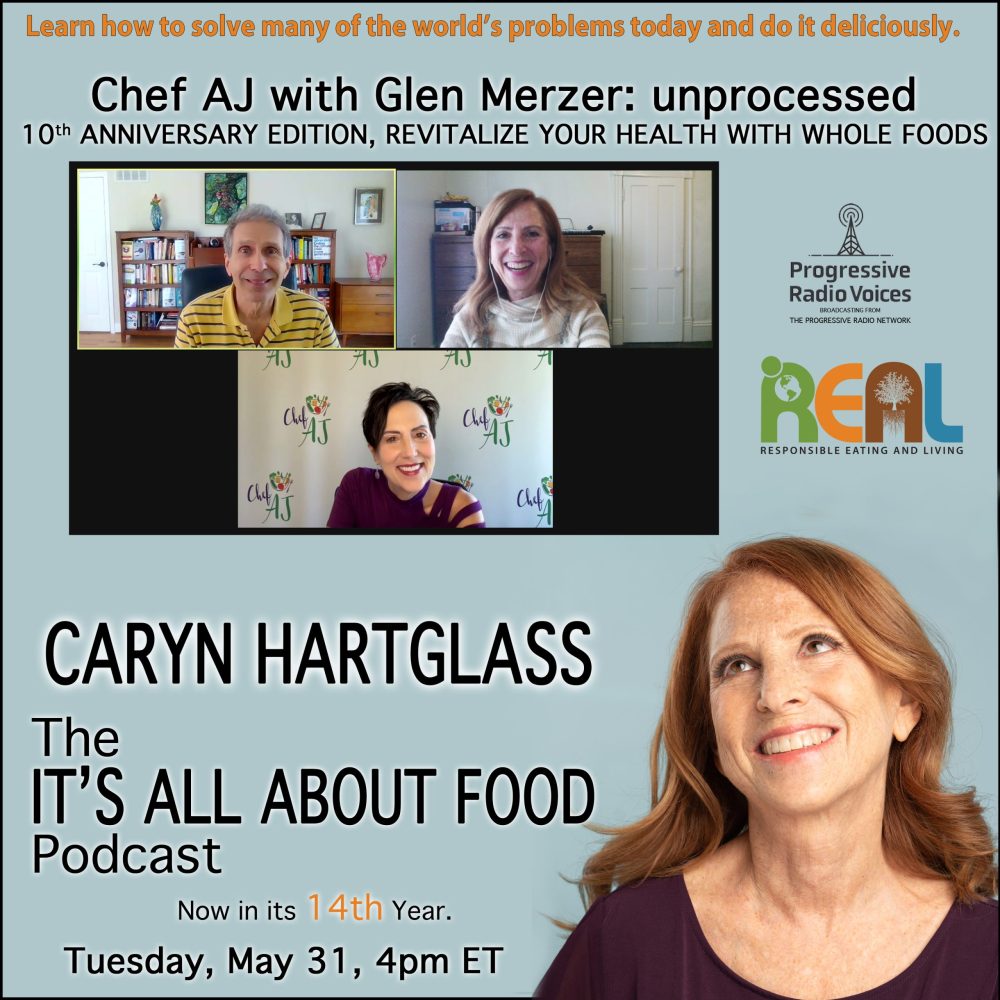 Chef AJ with Glen Merzer: Unprocessed
Chef AJ has followed a plant-exclusive diet for more than five decades. She was the host of the television series Healthy Living with Chef AJ which aired on FoodyTV. She broadcasts Chef AJ LIVE! daily on YouTube. AJ lives with her handsome vegan husband Charles and their rescue mutt Bailey near Sacramento, California. In 2018, she was inducted into the Vegan Hall of Fame and is proud to say that her IQ is higher than her cholesterol. She can be reached at ChefAJ.com.

Glen Merzer has been vegetarian for almost fifty years and vegan for the last thirty. He is a playwright and screenwriter and the author or coauthor of eleven books advocating the vegan diet, including Own Your Health (featuring Chef AJ’s recipes). His latest book, Food Is Climate, examines the climate emergency. He can be reached at glenmerzer.com. Together, Chef AJ and Glen have collaborated on the original Unprocessed, the 10th anniversary edition of Unprocessed, Own Your Health, and the best-selling The Secrets to Ultimate Weight-Loss.