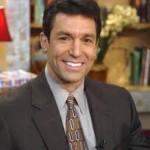 Dr. Katz is the Editor-in-Chief of the journal Childhood Obesity, President-Elect of the American College of Lifestyle Medicine, founder and President of the non-profit Turn the Tide Foundation, and medical director for the Integrative Medicine Center at Griffin Hospital in Derby, CT. He is the principal inventor of the NuVal nutritional guidance system, currently in roughly 1700 US supermarkets in more than 30 states, coast to coast. He holds 5 U.S. patents on other inventions, with several patents currently pending.

Dr. Katz has published nearly 200 scientific articles and textbook chapters; innumerable blogs and columns; nearly 1,000 newspaper articles; and authored or co-authored 15 books to date, including multiple editions of textbooks in both Nutrition and Preventive Medicine.