Juliette West, How I Became An Elephant

Juliette West, 15, is a student and an animal rights youth advocate focused on creating awareness around elephant abuse. She began advocating for animals at age 9. At age 13 she helped with the campaign to free Billy the elephant from the LA Zoo. She is an inspirational speaker (“You are more powerful than you think!”) for youth organizations, schools and animal rights groups (ElephantVoices, PETA2, IDA, etc.). Juliette starred in a documentary “How I Became an Elephant” in 2009 screening at the Artivist Film Festival and the 34th International Wildlife Film Festival. Juliette founded JulietteSpeaks as a non‐profit and has since touched over 15,000 with her words and deeds advocating for elephants. More on Juliette at www.JulietteSpeaks.com and www.howibecameanelephant.com.

2 comments for “Juliette West, How I Became An Elephant” 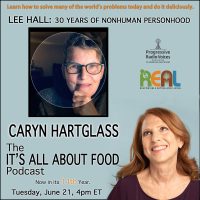 Lee Hall, 30 Years of Nonhuman Personhood Lee Hall holds an LL.M. in environmental law with a focus on climate change, and has taught law as an adjunct at Rutgers–Newark and at Widener–Delaware Law. Lee is an author, public speaker, and creator of the Studio for the Art of Animal Liberation on Patreon. Links mentioned…