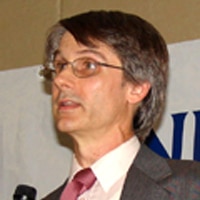 Michael Budkie, A.H.T., is the co-founder & Executive Director of Stop Animal Exploitation NOW! (SAEN), which works exclusively on the animal experimentation issue by successfully terminating research projects, forcing the USDA to take legal action against laboratories, & coordinating release of animals into sanctuaries. After witnessing the atrocities of animal experimentation during his education, he successfully ended a head injury experiment on cats at the Univ. of Cincinnati, which launched his career leading to positions with several national organizations before he co-founded SAEN in the mid-1990s. He has been published & travels extensively, appearing on TV & radio programs to expose the truth about animal experimentation.