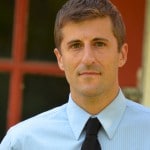 NICK COONEY is the author of Change of Heart: What Psychology Can Teach Us About Spreading Social Change. He is the Founder and Chairman of the Board of The Humane League, a vegan advocacy and farm animal protection organization. His work for animals has been featured in hundreds of media outlets, including Time Magazine, the Wall Street Journal, and the Los Angeles Times.