Here on the east coast March came in like a meat-eating lion and is going out as a transitioning plant-based lifestyler after seeing RESPONSIBLE EATING AND LIVING’s hysterical fundraising promos that are a part of the latest episode of the Transition Kitchen.

We are posting each promo separately for your enjoyment because we think they stand alone as lively nonprofit fundraising entertainment. Here is the first promo seen in Part I of the third Episode of the Transition Kitchen: In this flashback, Gary yearns to be the first ever Michelin-starred Vegan Chef and Caryn tells him that in order to do that he must first master the 5 Foundation Sauces in the Transition Kitchen.

Don’t forget, March and April are our pledge drive months leading to our Happy B’Earthday Revue on April 22nd! Don’t miss it! If you can’t make, please consider a tax-deductible donation.

More about Responsible Eating And Living and the upcoming Happy B’Earthday Revue :

A full length documentary, The Lone Vegan Preaching to the Fire, which recounts Hartglass’ journey to cattle country to sit on a panel and give the vegan perspective on climate change to 250 cattle producers.
The recently launched web series REAL Good News In Review, which includes a newscast, The Transition Kitchen (the food show featuring De Mattei creating dishes that no meat eater can refuse) and a local business segment.

Underwriting/Sponsorship Benefits:
Advertise to your target audience and support a good cause! For Sponsorship and Underwriting benefits see below or go here: https://responsibleeatingandliving.com/?page_id=17539. 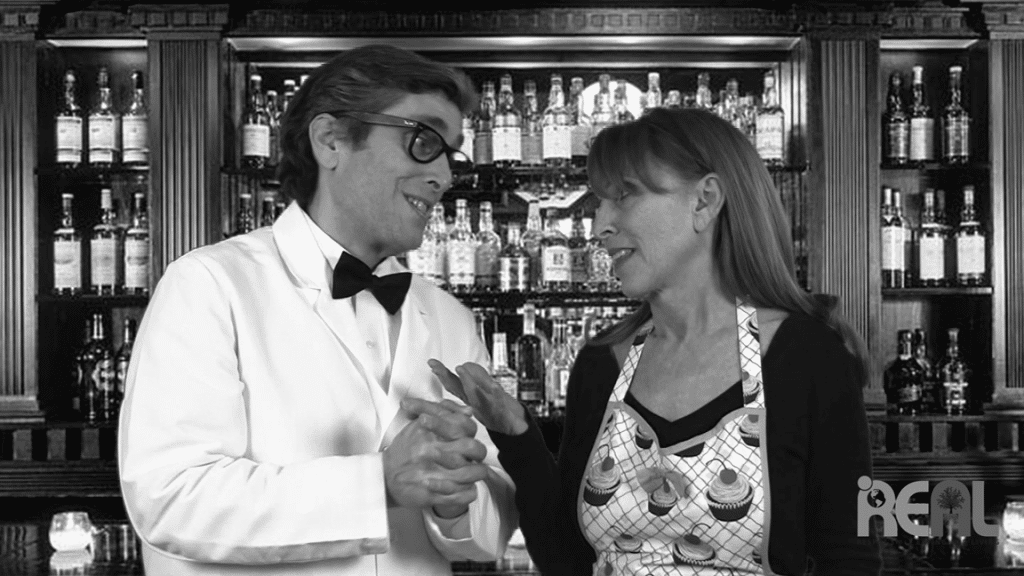