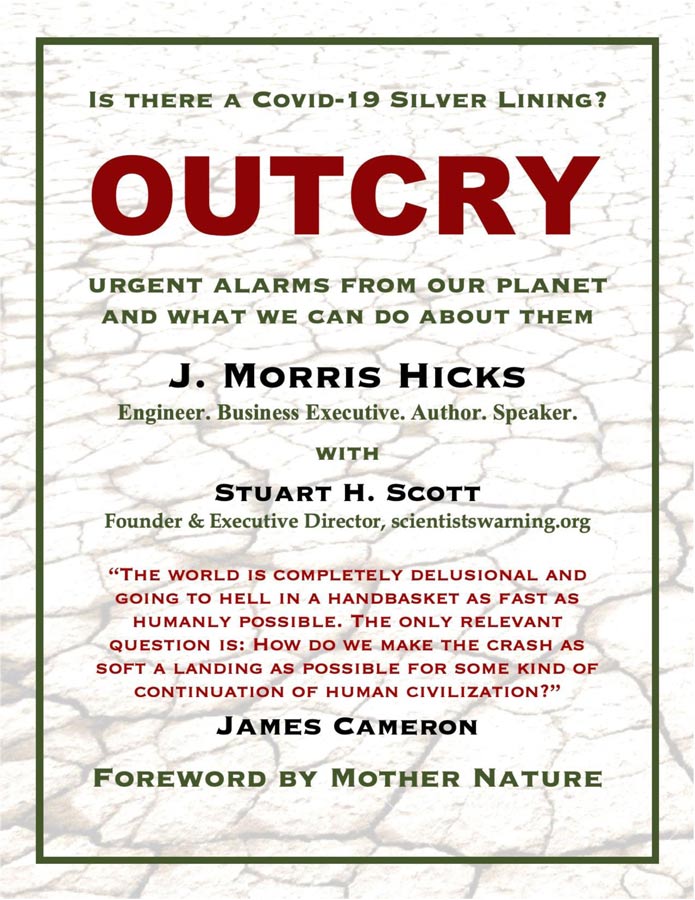 J. Morris Hicks, Outcry, Urgent Alarms from Our Planet and What We Can Do About Them 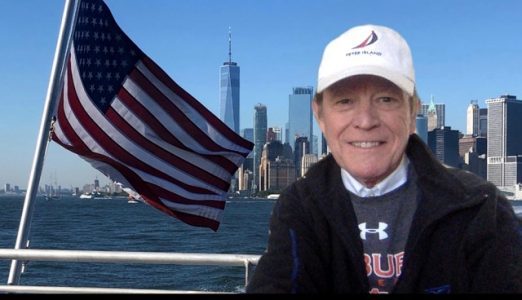 A former career business executive and executive vice president with Ralph Lauren in New York, Jim has always tried to focus on the big picture when analyzing any issue. In 2002, after becoming curious about the optimal diet for humans, he began a comprehensive study of what we eat from a global perspective—discovering many startling issues and opportunities along the way. He holds a BS in Industrial Engineering from Auburn University and an MBA from the University of Hawaii, a degree he earned while serving as an officer in the U.S. Coast Guard in Honolulu. In 2009, he earned a Certificate in Plant-Based Nutrition from eCornell and the T. Colin Campbell Center for Nutrition Studies, where he served on the board of directors for six years. A prolific writer and blogger, he published his first book, Healthy Eating, Healthy World, in 2011 and, four years later, teamed up with a medical doctor to publish the 4Leaf Guide to Vibrant Health. Along the way, he has posted over 1200 health and sustainability articles on his website at hpjmh.com. In 2004, he began referring to our food choices as the most important issue in the history of humanity—having concluded that our future as a species was riding on those choices. Ten years later, he realized that in order to preserve the fragile ecosystem that sustains us, we must also begin urgently addressing other aspects of humanity that now threaten our civilization and our long-term survival as a species. Finally, in 2018, he devised an uplifting way of writing and speaking about those troubling issues—by envisioning how we can totally re-invent the way we live on this planet, such that we can co-exist indefinitely in a virtual paradise with nature. To be sure, this new vision is the primary focus of this book and has become a major part of his never-ending mission to promote health, hope and harmony on planet Earth.

1 comment for “J. Morris Hicks, Outcry, Urgent Alarms from Our Planet and What We Can Do About Them”