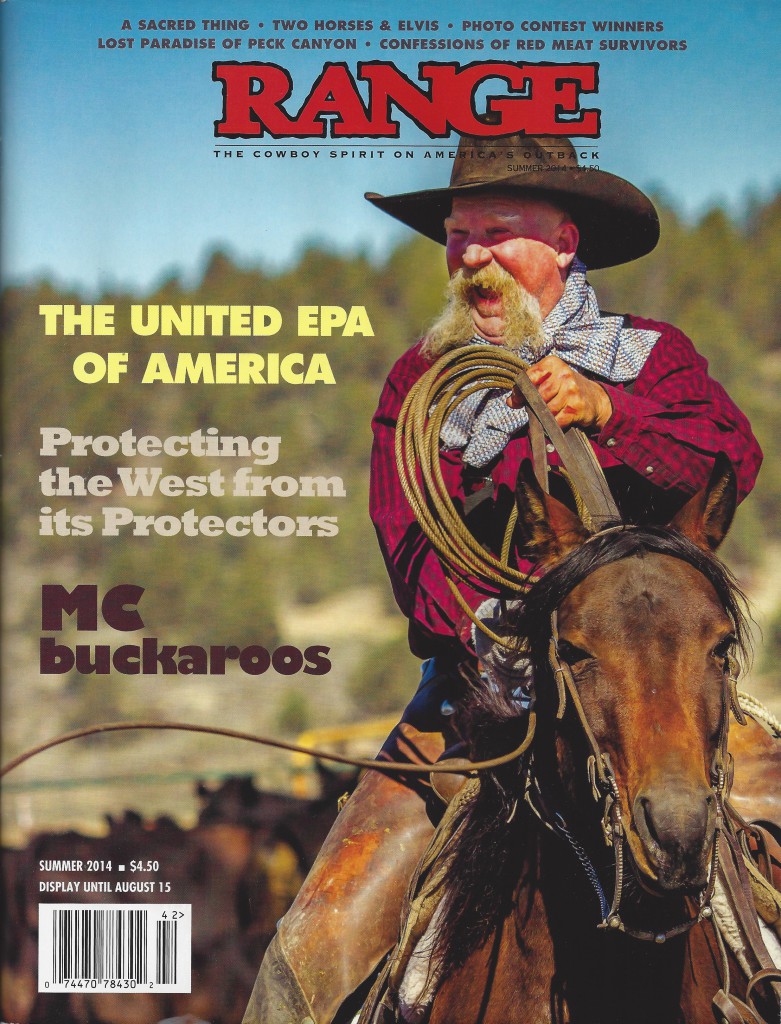 Range Magazine‘s editor asked REAL founder, Caryn Hartglass (a.k.a. The Lone Vegan) to submit a 250-word summary article based on her talk at the Snyder Livestock Climate Change Panel back in March. The summary was published exactly as submitted. Unfortunately on the same page, after the article and her bio, Caryn was misquoted. She wrote to the editor and asked to print the following retraction which he agreed to do:

In our recent Portrait Of The East article featuring the NCBA’s Daren Williams interviewing vegan advocate Caryn Hartglass during the global warming panel at Snyder Livestock’s bull sale in Yerington, NV, we printed:

When asked what she would do with the billions of food animals in the United State if we all became vegan, she said, “Don’t let them get pregnant.”

Caryn has asked for a correction to reflect the actual words Caryn used in the interview, which were: “[A]nimals have a limited lifetime and you just won’t be breeding any new ones.”

Below is the original article. Click on the image for an enlarged view. 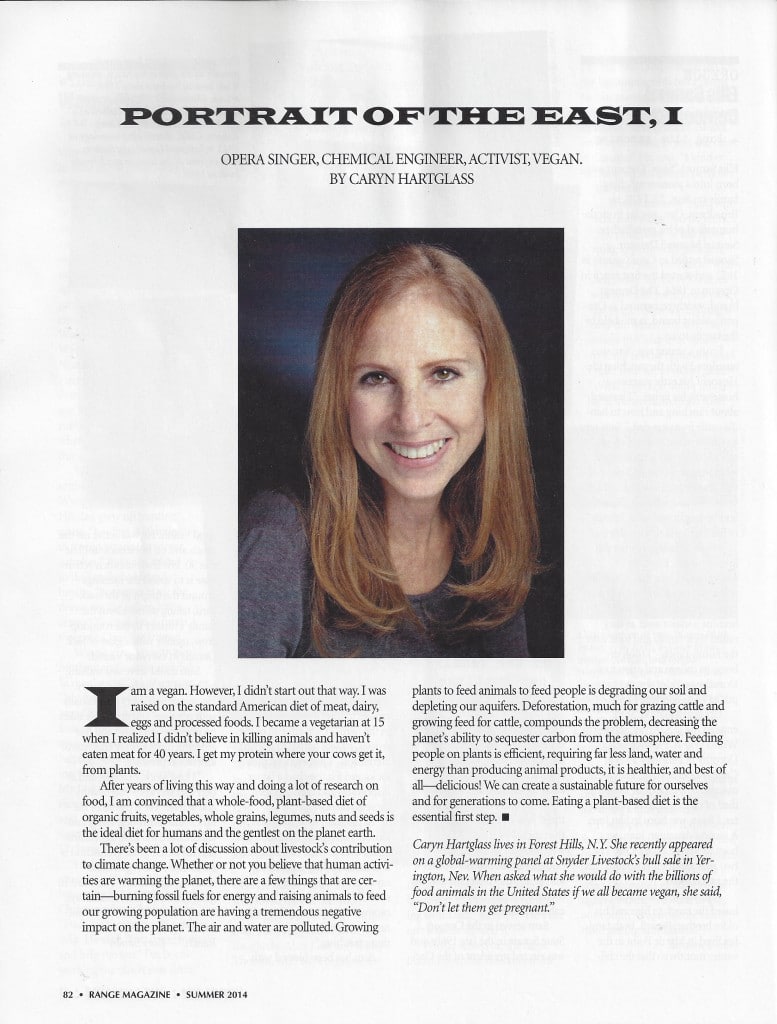