Breakfast: We have what’s called a “soft” opening or preview tonight. One cast had their dress rehearsal last night and tonight the other cast will have theirs, but there will be an audience who purchased tickets at a reduced price. Gary didn’t get much sleep – he was still working things out in his head to make last-minute improvements. He went to the theater early again.

Lunch: I got to the theater and brought Gary some Bananas, Apples, Almonds and Raisins and then went to Whole Foods again to pick up our early dinner/late lunch before-theater meal. This time I got Tacos for each of us, which, when done looks more like a bowl of food sitting on some Corn Tortillas. They were out of the Sweet Potato “Main Item” so I chose the other vegan option of Jack Fruit. It was another filling meal with Brown Rice, Pinto Beans. Lettuce, Cilantro, Red Onions, Pico de Gallo and Guacamole. I was very hungry while I shopped and thought I should get more food for later in the evening. I picked up a couple of containers of Hope Hummus, Gluten-Free Crackers and Green Juices. I knew we would be moving to Gary’s brother’s pool house tomorrow and would be able to prep more food there and the organic produce looks gorgeous and the prices were very reasonable. I bought Celery, gorgeous Bell Peppers, Kale and Brussels Sprouts. 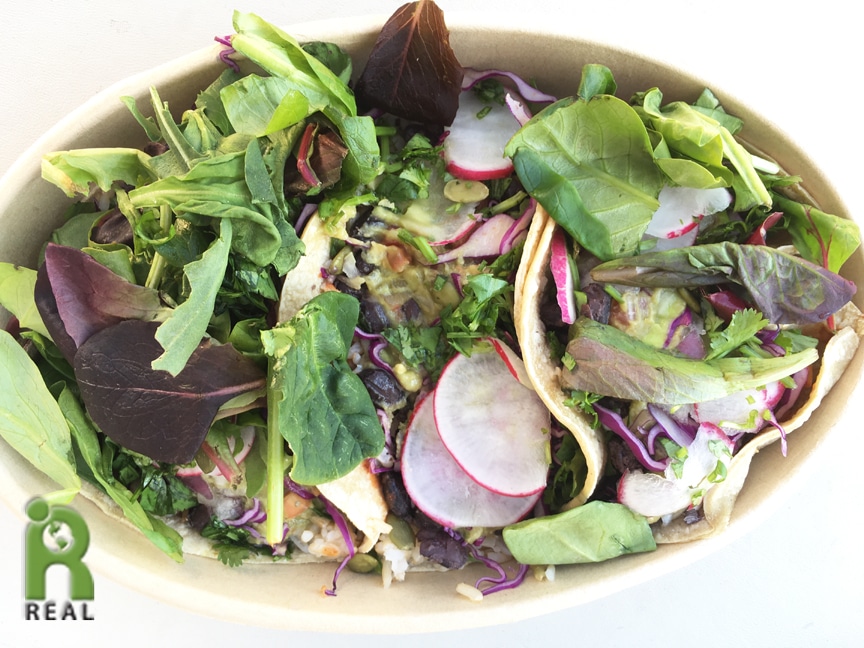 Dinner: After the performance Gary and I had a little party for ourselves with the remaining Rice Cakes, topped with Peanut Butter and Peach Jam. 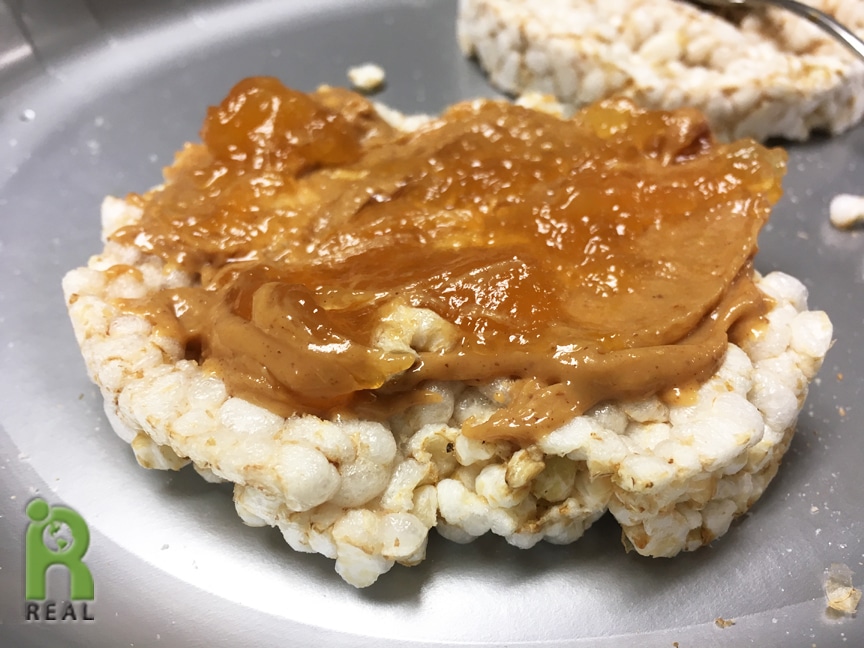 There was also Hummus, Crackers and Peppermint Tea. 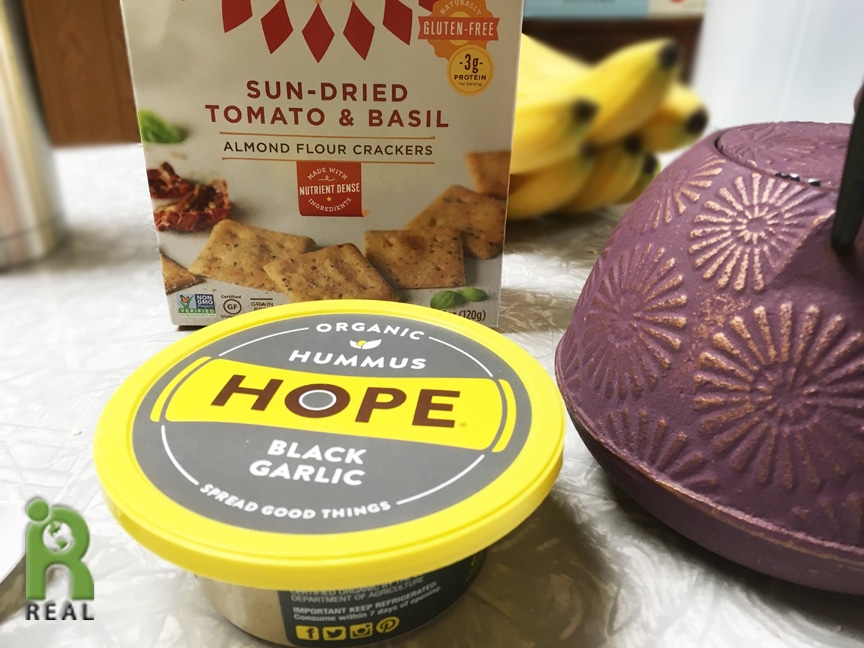