Breakfast: The condo we are staying at in Costa Rica has a kitchen with most basic things necessary for simple meal preparation. But there are a few items that would make it better, like at least one large bowl. There are none. We’ve been taking turns cooking in the large pot and then using it as a mixing or serving bowl. There is a slow cooker however! And for those of you who have a slow cooker in the closet that hasn’t been used in a while, the interior bowl can be removed and it can become a useful large bowl. We made a fruit salad and served it up in the slow cooker container. 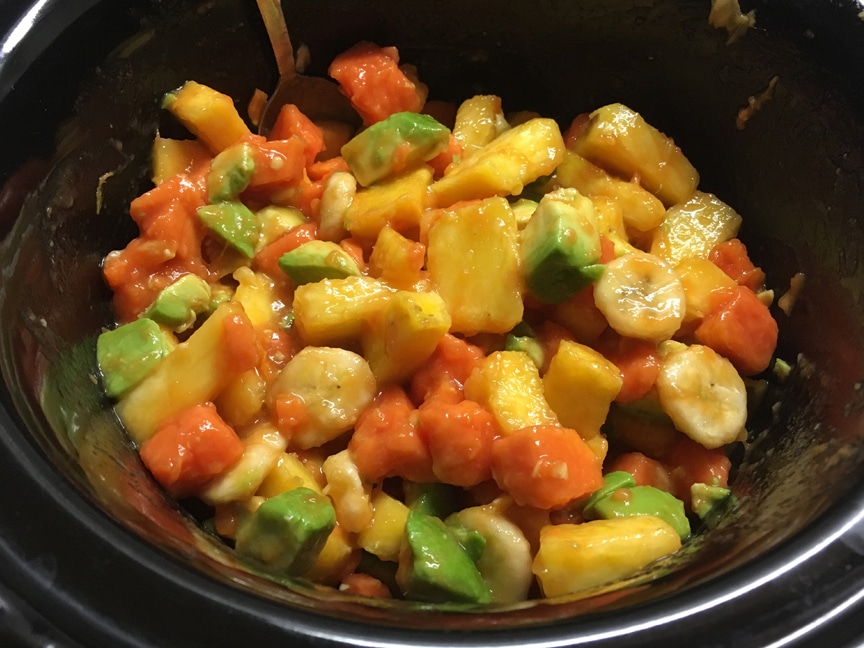 There were a few leftover potatoes from last night that became Breakfast Potatoes. 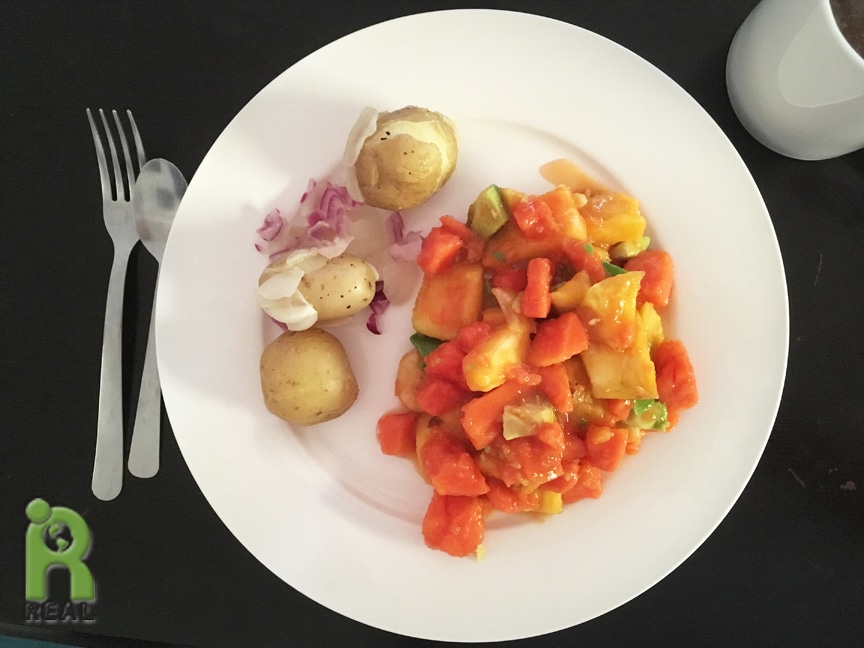 Dinner: I had been thinking about dinner while we sat at the pool for several hours. What could I do with the few simple ingredients we had remaining? There was a green cabbage and I decided to steam some of its leaves to use as wraps. The kitchen also has a mini-chopper and I used it to make Hummus with Garbanzo Beans and Tahini. I had soaked the beans overnight in a water pitcher and cooked them during our breakfast. Fortunately, these Garbanzo Beans, also grown in Costa Rica were delicous, unlike the Black Beans we had eaten for the last few days. 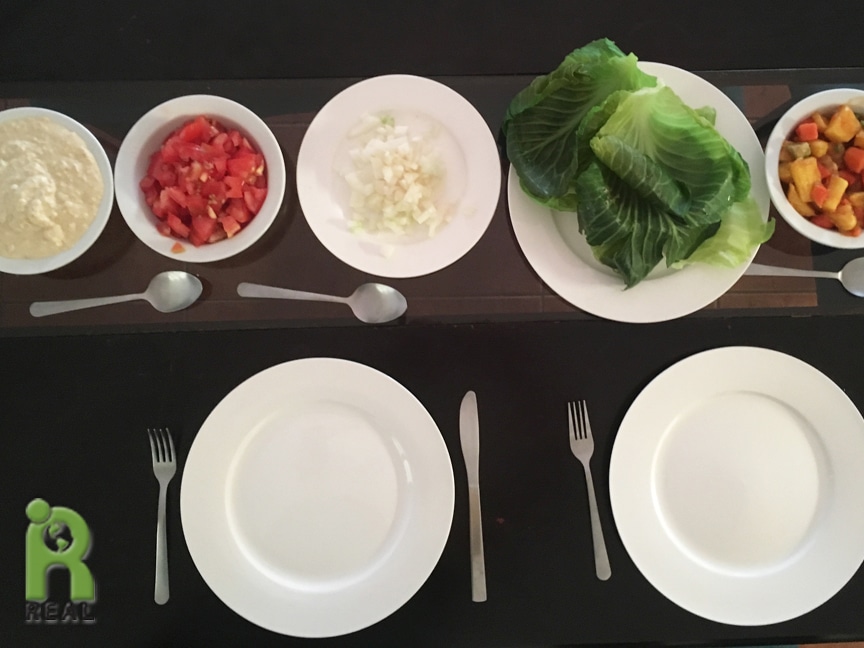 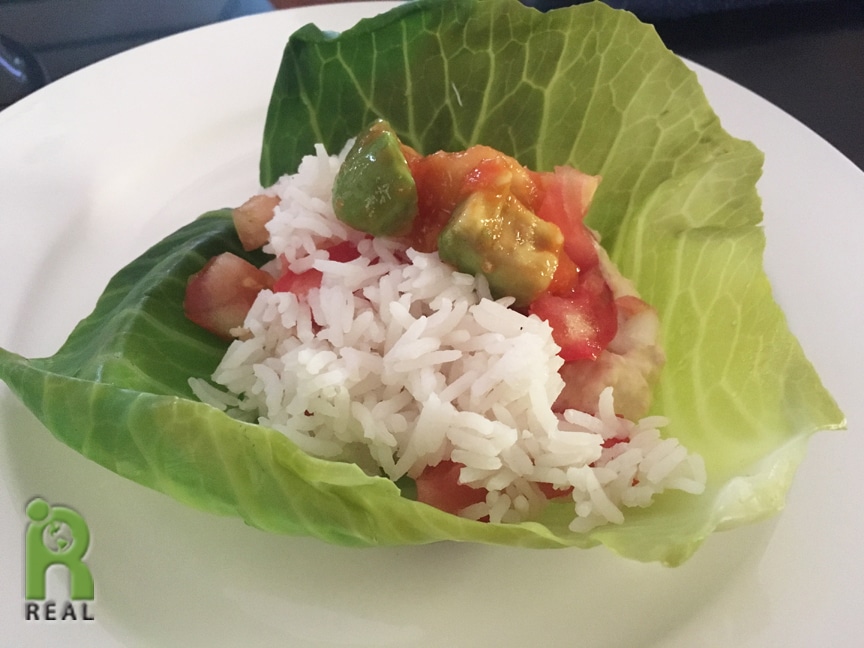 Evening: We snacked on Walnuts, Bananas and Raisins.