Breakfast: I don’t like shopping but occasionally, especially when traveling or on vacation it’s a nice thing to do. The day before we had strolled around Los Gatos and I found a dress (on sale, of course) at J. Crew that called out to me. It was a size “0” which is a bit small. I tried it on and knew a size “4” would be perfect. They didn’t have it there in Los Gatos but there was one at the Stanford Mall in Palo Alto. I had them hold it for me. We decided to go up to the Stanford Mall this morning. We had some English Breakfast tea and were on our way.

Lunch: After picking up the dress, which was discounted even more than the day before, we planned to have brunch at one of our favorite places to visit while in the Bay Area – Hobee’s Restaurant. Hobee’s began in 1974 and in its heyday there were many more locations than the now remaining 6. We go to the one in Palo Alto which opened in 1976. It was one of the few places for a person who is vegan to go for breakfast decades ago and be able to order a tofu scramble with home fries. It’s still one of my favorites. I also love Hobbee’s tea, a black tea richly flavored with cinnamon and orange. It sometimes gives me a slight belly ache if I drink too much of it, but it’s one of those things that I enjoy and willingly accept the risks. 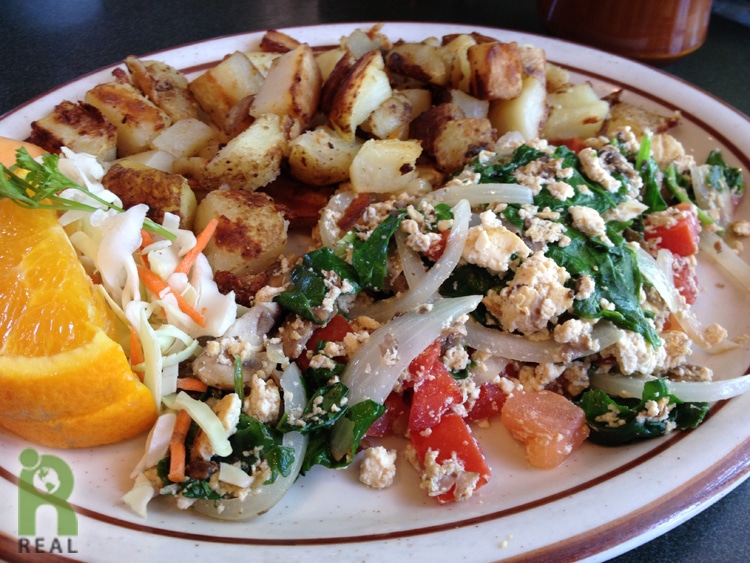 We each ordered a trip to the salad bar to go with the scramble. 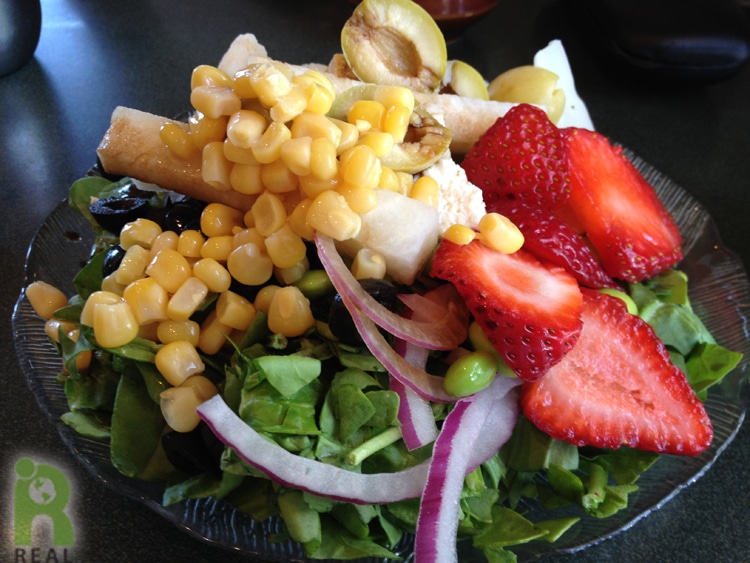 Dinner: Dessert before dinner! We visited with Gary’s family a bit and I had a little Soy Creamy Black Cherry Ice Cream. I was not really hungry and the cool dessert was just right. Later on in the pool house where we are staying I steamed a couple of bunches of kale and tossed it with fresh lemon juice. We have a bag of fresh lemons from Gary’s cousin Nancy’s lemon tree. I ate as much as I could and saved the rest for another day. 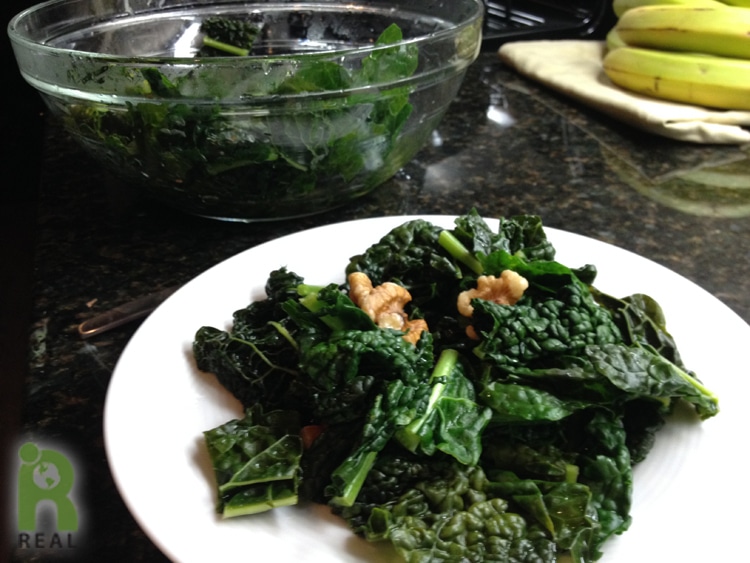 Evening: A lovely cup of Teeccino and Soy Milk topped off another good day. 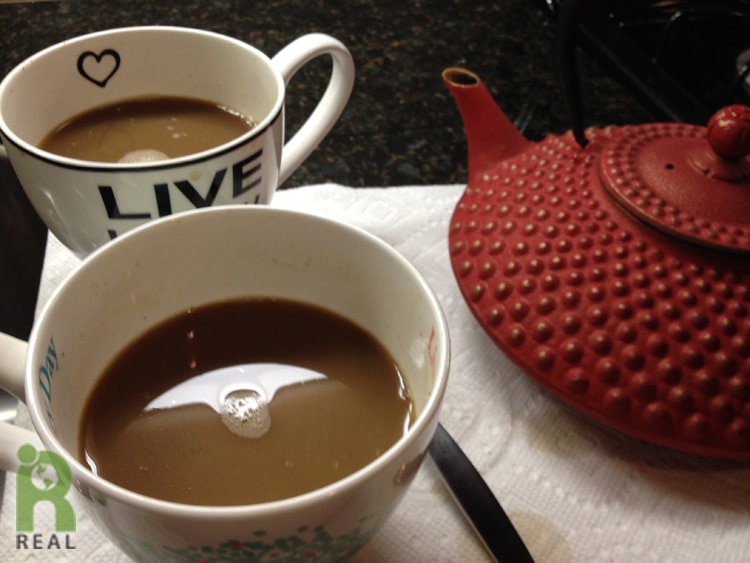 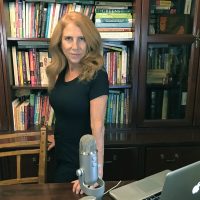