Breakfast: Gary was describing an apricot bread he used to get from the Acme Bakery in Berkeley. I had never had anything like it and it sounded wonderful. I thought we would make some this morning and we did. I prepared the dough and Gary made the apricot glaze and nut filling. This is a fabulous recipe! Gooey Apricot Danish. It doesn’t need anything on it at all. It is perfect as it. 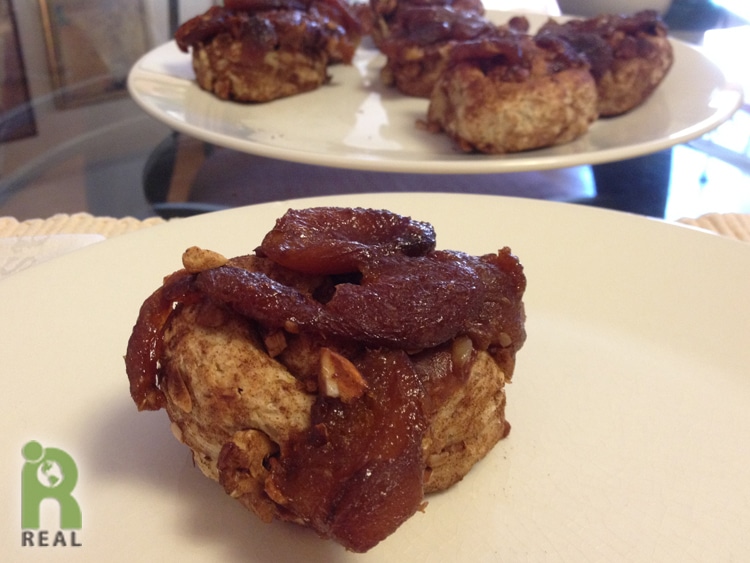 Dinner: We thought the Black Eyed Peas in Coconut Curry Sauce from yesterday along with the Turinacum and Collard Greens would make a great burrito filling. Gary had made some vegan mozzarella last week that we added to it. Howver, we did not have tortillas on hand, but we always have garbanzo bean flour which means we can make Chick Pea Flour crêpes, or Socca because they make excellent wraps. I seasoned the socca with za’atar, a Middle Eastern condiment, generally prepared with ground dried thyme, oregano, marjoram, or some combination thereof, mixed with toasted sesame seeds, sumac and salt. My first introduction to za’atar was when I was working as an engineer for an Israeli company and spent 3 months in Israel in 1988. A colleague took me on a nature hike and pointed out some wild za’atar which tasted like oregano. I’ve since learned that za’atar may refer to several different herbs as well as the condiment described above. I had received a small box of the za’atar mixture from my friend Linda Long when she joined us for Thanksgiving dinner. She has a dear friend of many decades, Shaikha Paula Al Sabah of Kuwait who returns to NYC often and recently brought Linda a large bag of za’atar. I added a tablespoon of it to 1 cup of garbanzo bean flour, along with 1 tablespoon of nutritional yeast and mixed it with 1 1/4 cups of water. This was my socca batter. I made 4 crêpes with it. Sky Valley Sriracha Sauce topped it off. 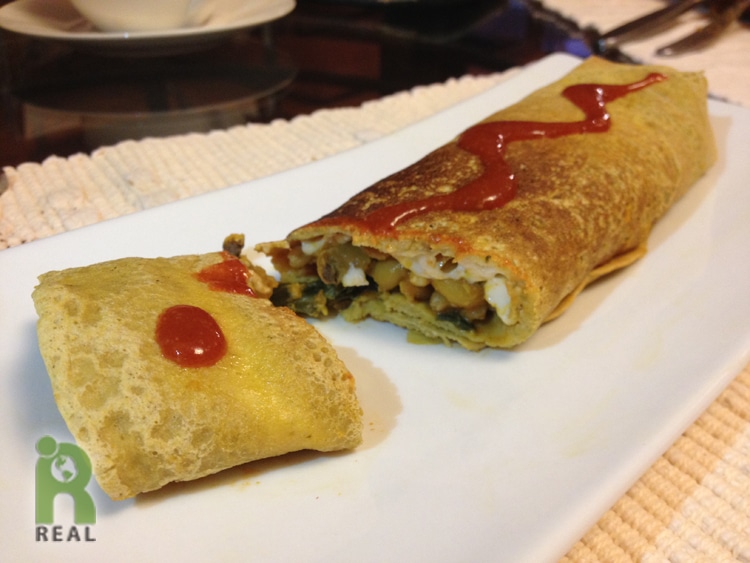 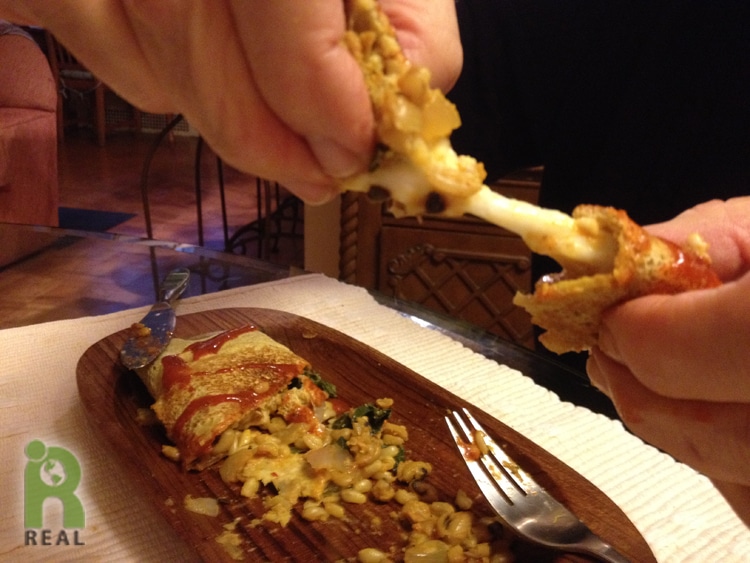 Evening: I made some silken tofu today from a kit and thought it would make a lovely chocolate pudding. I was right! We had some with peppermint tea and fresh pineapple. 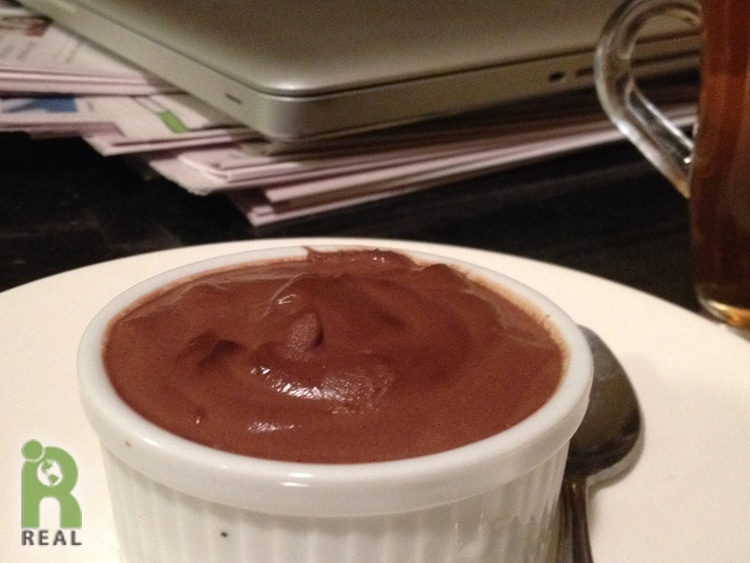