My objective for the New Year here at REAL was WORK HARDER in 2015. So far I haven’t lost focus on that objective. That said, at times my eyes have lost their focus, but not the rest of me.
Yesterday was Sunday…I knew this because I saw the Sunday New York Times at the door. We were working like mad to finish the post production on The REAL Good News In Review so Gary called it “Funday.” You think he may have had touch of sarcasm in that remark? If so, none of it ended up in the brunch he magically whipped up.

Brunch: He called it “Egg-Free-Frittata-And-Fries-For-Funday-Sunday.” It was delicious with a batter of organic millet flour, his new favorite flour to experiment with. The fries were nothing new, they are a family favorite baked in the oven with just a touch of coconut oil on the sheet pan before they go into a hot 400oF oven. They come out crispy and delicious. And there was rye toast with apricot butter. He said the frittata would be better cold. More on that in tomorrow’s blog. 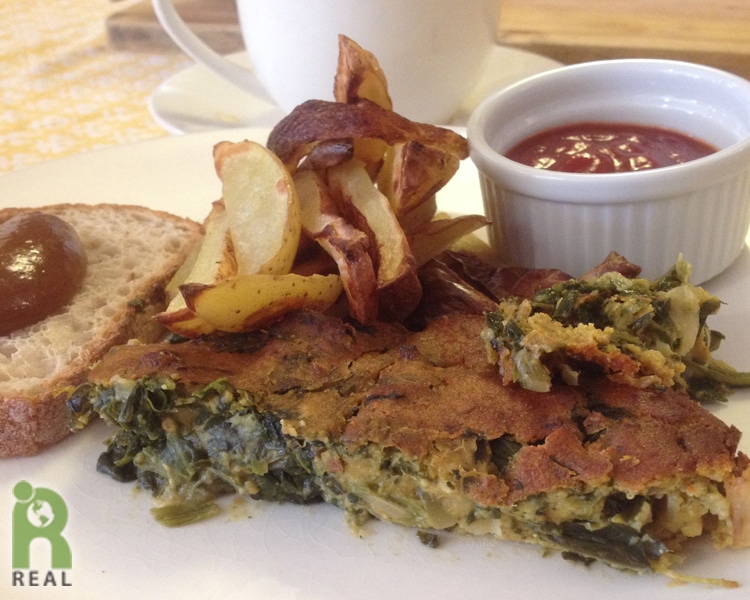 There’s always one part of a puzzle that’s the toughest to find, right? Well, filmmaking is no exception and without getting into too much detail, yesterday’s final post production edit was like that final piece of the puzzle. Metaphorically, while I was “searching” for the missing piece, Gary was spring cleaning the apartment and setting up the patio furniture on the terrace anticipating the better weather ahead. It was all too symbolic because when he was done, so was I and so was the film we had spent the better part of two months working on together: Episode 3 of the REAL Good News In Review. 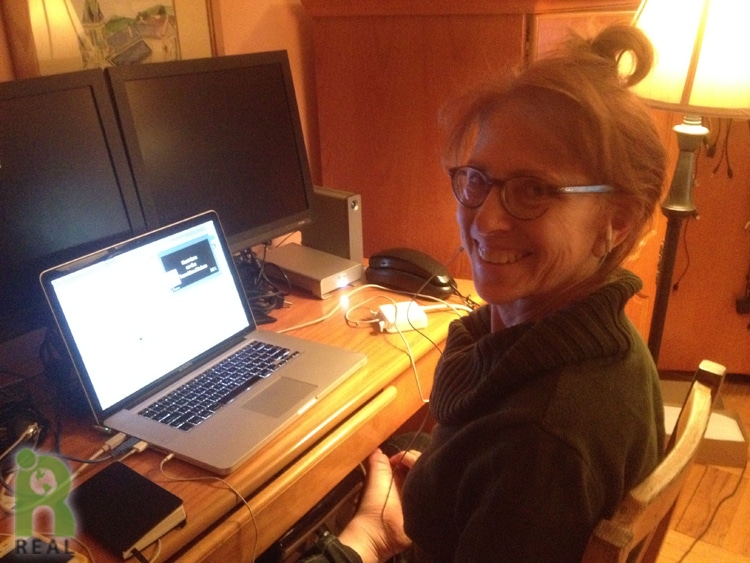 Dinner: It was late (or was it early) and we were hungry, so while I finished printing and cutting the paper invitations to our fundraiser, he made dinner. I wanted Pasta With Peas — my favorite comfort food. He also made me my very own batch of homemade vegan Parmesan: 1 cup sunflower seeds, 1/2 cup nutritional yeast, 1 teaspoon salt, and here’s the ingredient where it becomes just mine— 1 tablespoon organic porcini mushroom powder. Pulse/process all of the ingredients in the Cuisinart until you reach the desired consistency. This is so special because Gary doesn’t like mushrooms. He never has. And because we must always have our dark leafies, he made a Collard Greens Salad with Seed Caesar Dressing. 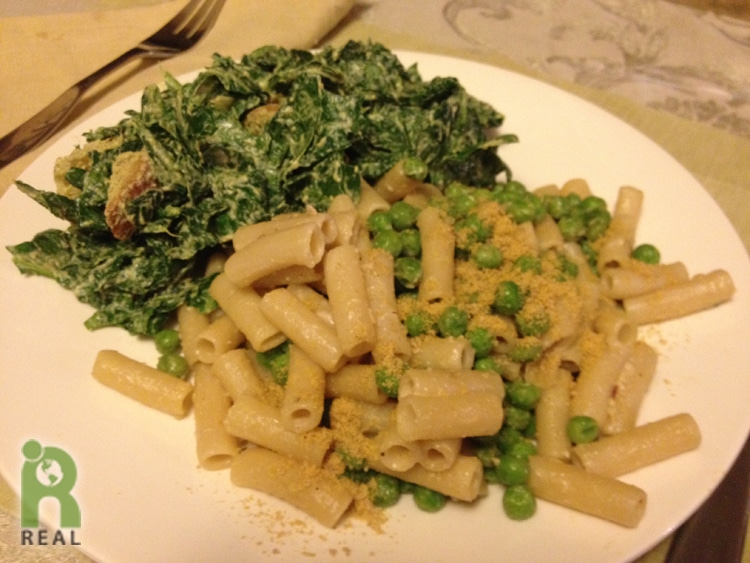