Breakfast: I brewed a pot of Darjeeling Tea in our tea maker we call Angi. It was perfect. I was going to a lunch meeting so I didn’t have breakfast. I knew there would be a lot of great vegan food and I wanted to arrive hungry. 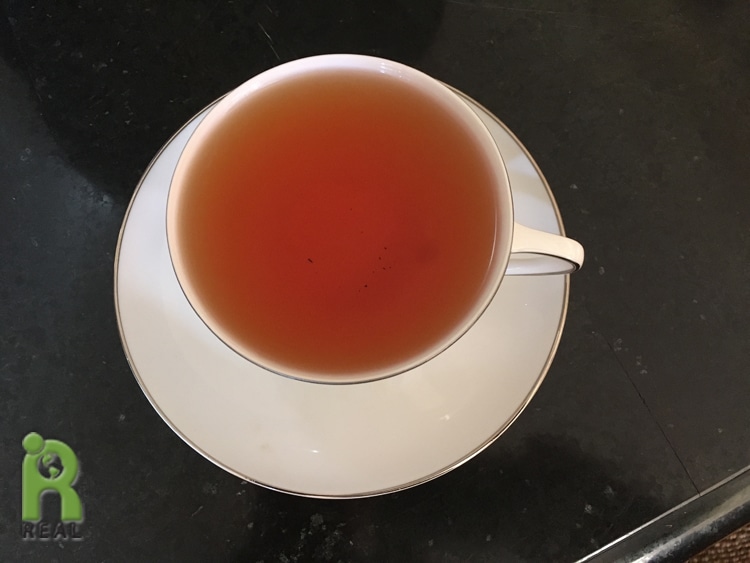 Lunch: We were invited to attend a meeting with Pollination Project grantees. Responsible Eating And Living is a grant recipient. Gary decided to stay home at the last minute because he felt a cold coming on. The subway is not a place to be when you are feeling a little under the weather. 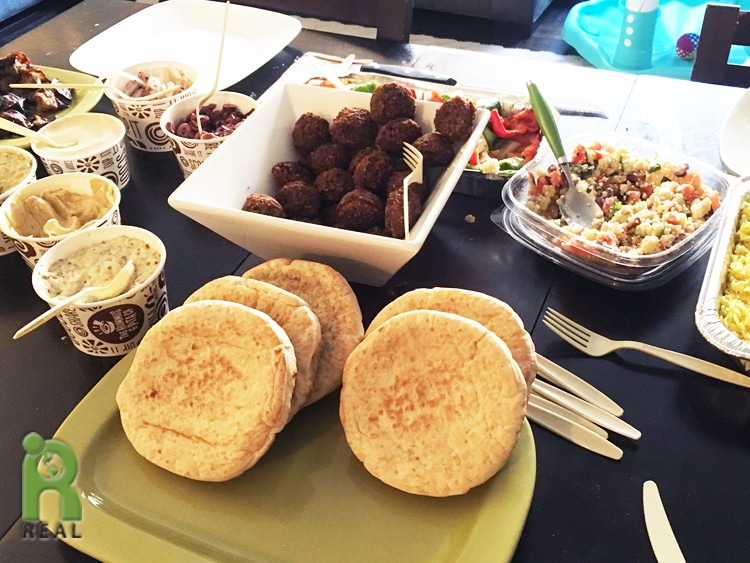 We each got to share our stories and talk about the organizations we represented and the projects we were working on. The stories reached my soul. It dawned on me that I needed to be there, to hear these people talk and learn about the positive work being down at the grassroots level. This was a tiny sample, but it filled my tank to the brim. I am re-energized to continue, despite all the frustrating goings on with United States politics. Here are the people I connected with:
Anne Pollack from Crossing Point Arts, an prganization that brings dance, music, spoken word, visual and recording arts to individuals who have been sexually exploited and trafficked for money.
Debi Cornwall of Beyond Gitmo, which brings a photographic global view of once-alleged terrorists held at Guantánamo Bay.
Felice Clyne-Davis is teacher who provides Humane Education.
Karen Segal of Photo Safe which provides a service to the children from taking their photos, giving them their photos and letting them know they are forever preserved for them serves to contradict this negative sense of self most youth have.
Marjorie Spiegel, founder of IDEA (Institute for the Development of Earth Awareness), a think tank, educational and advocacy organization with a mission to synthesize human, animal and environmental issues.
Michelle Carrera is the founder of Chilis on Wheels, which provides vegan meals to homeless or anyone with food insecurity.
Mika’il de Veaux of Citizens Against Recidivism Inc., an organization that is working to reduce justice involvement and recidivism rates among youth in NY
Nicole Javorsky is the founder of Cubs for Coping, an organization that donates handmade teddy bears to children and teens experiencing hospitalization, homelessness, or eating disorders.

And we had Baklava for dessert. It was vegan!! 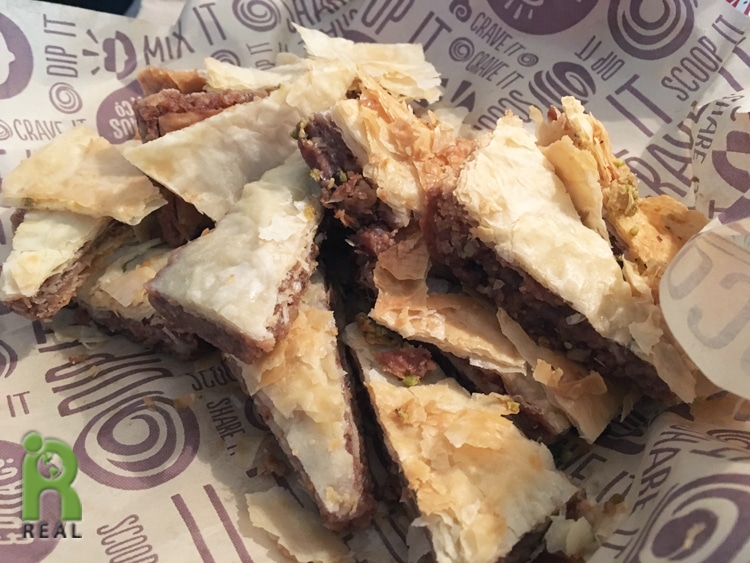 Dinner: Before heading home I wanted to pick something up for Gary. I realized I was not far from Superiority Burger and I had never been there but had heard the vegan burgers were great. It was time to check it out. 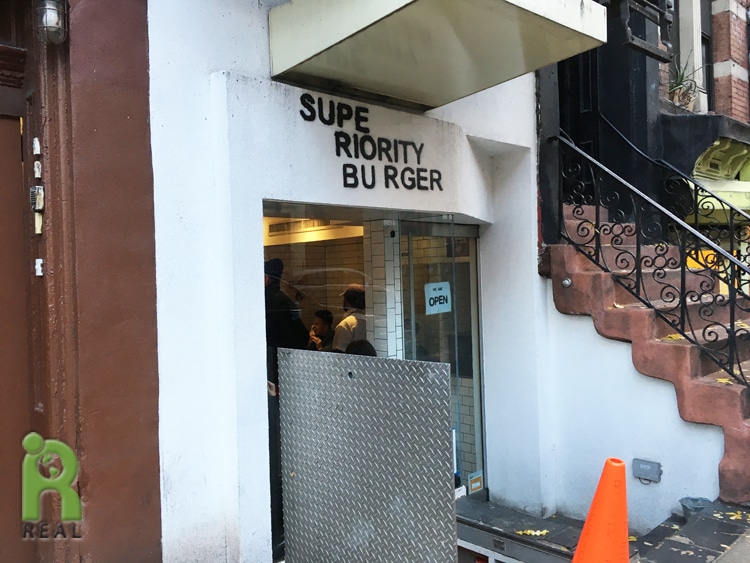 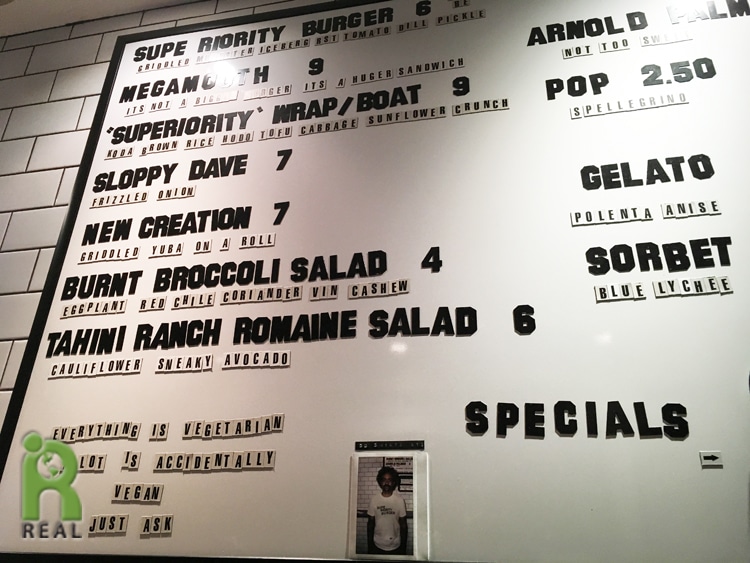 The place is tiny and it was filled with people seated (there are about 4 seats) and standing. 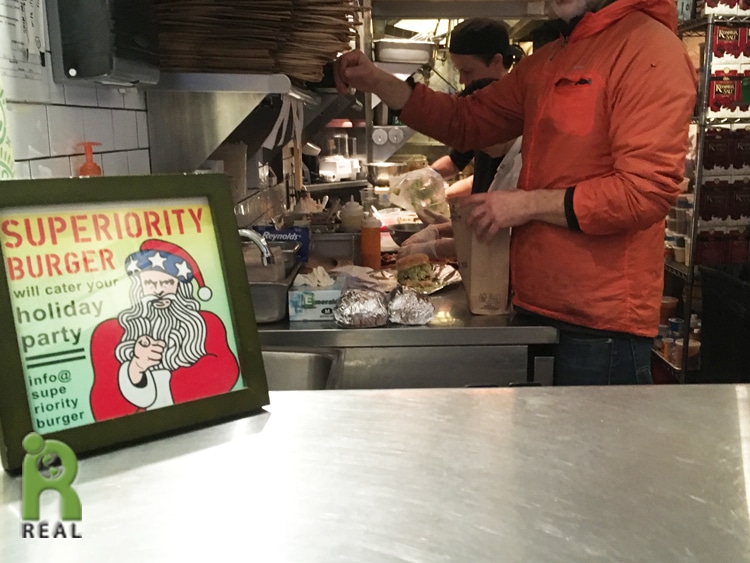 I brought two burgers home and made some Spicy Sweet Potato Fries to go with them. The burgers were mushy yet tasty. I am grateful for vegan burgers anywhere and everywhere. Still, I think our Healthy World Burgers are the best! 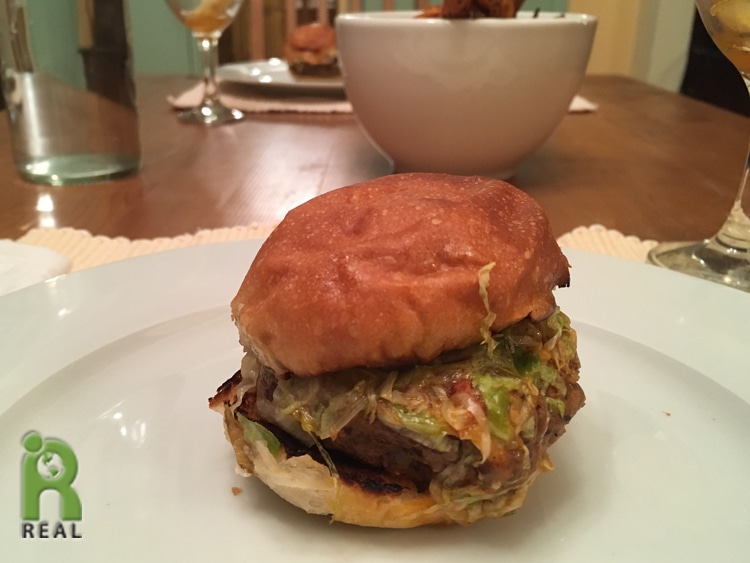 Evening: Later on we did some work while sipping on Teeccino with a little Bourbon and an Amore Di Mona vegan chocolate bar I got from the lunch meeting.. It’s Saturday night! 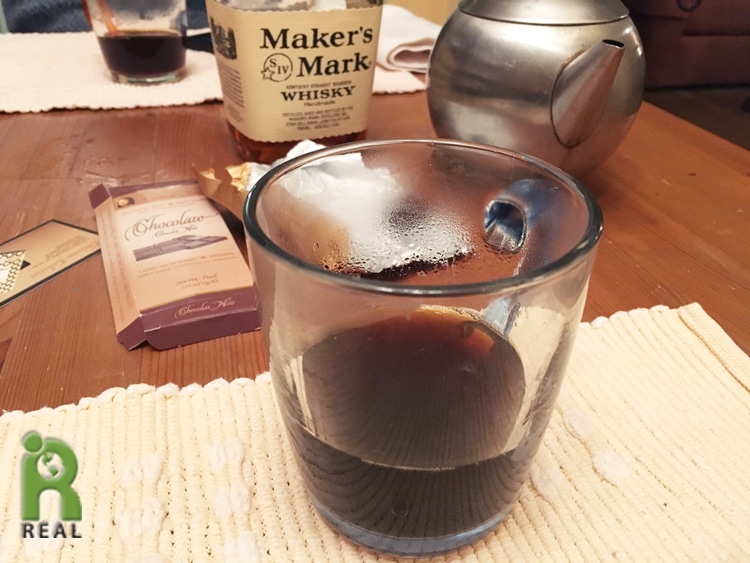 Daily Green Juice: We had our green juice at the end of the day with Kale, Collards, Celery, Carrots, Lemon.