Breakfast: The big rains have begun. We started the day with some liquid California sunshine, fresh Oranges from cousin Nancy’s tree followed by some cooked Oatmeal with Chia Seeds, Coconut, Raisins, Bananas and Walnuts. 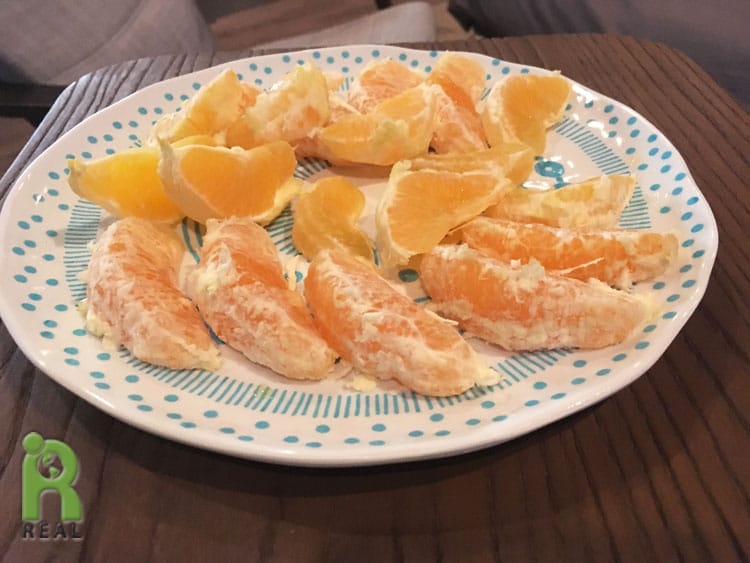 Lunch:
Gary took off to do some errands and I prepared for my weekly radio show. This week I was interviewing Ellie Laks of the Gentle Barn. It is inspirational to hear her story and the good work she does. I got really hungry and knew I should eat something before I started talking about food for an hour. Corn Thins to the rescue! They were served with Peanut Butter, Apricot Butter and Chia Seeds. 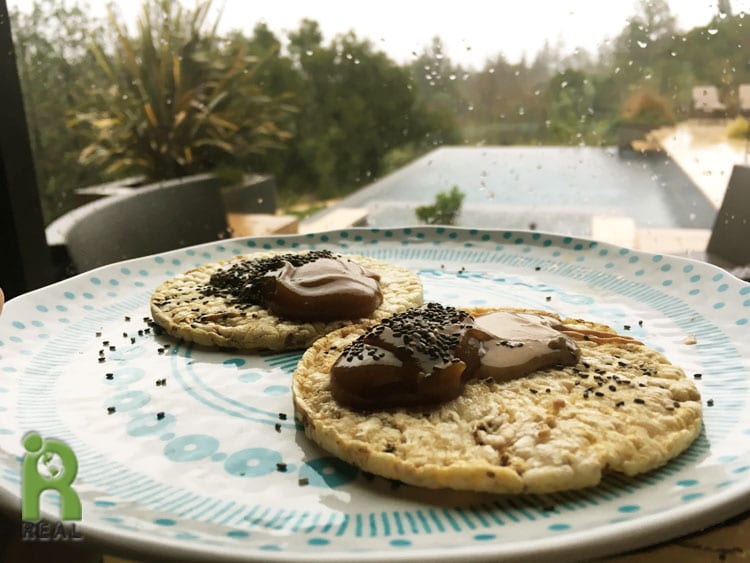 Dinner:
Gary came back after the show to pick me up for a quick bite before our first Fiddler On The Roof rehearsal. I would be teaching the cast the music this week. We had passed the Falafel Drive In many times. Gary grew up in San Jose and he had never been there. The dining area is outdoors, but covered with heaters. It was probably not the coziest place to be on this rainy day but we managed. We ordered Ful, Hummus, Taboule, and the Falafel Salad. 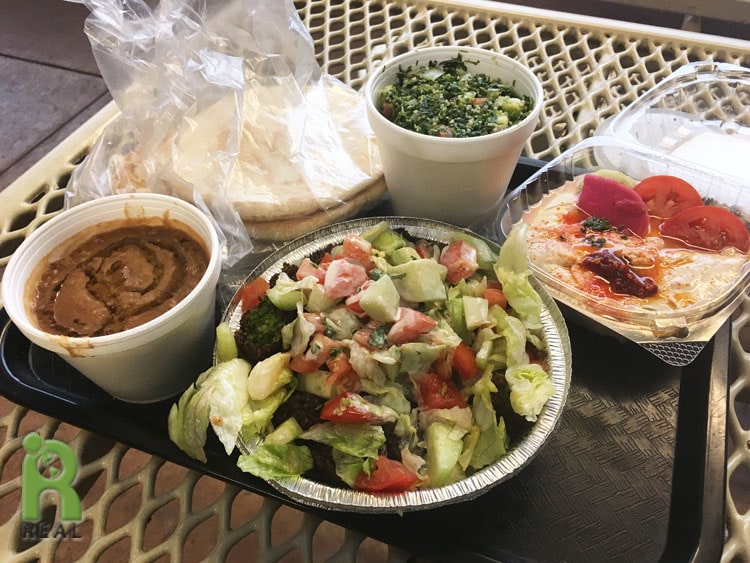 We had a little time before rehearsal and had taken on a bit of a chill. We went to Peets to warm up. I like Peets because they give you the option to have loose leaf tea, steeped in a pot, not in a bag. I like that! I tried the Ti Kuan Yin Oolong Tea and Gary chose his classic Early Grey. 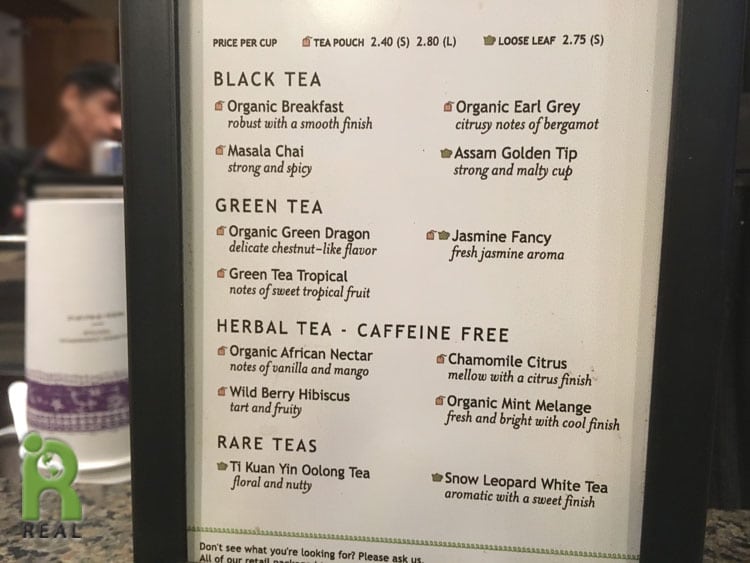 Evening: After rehearsal I was glad to nibble on some of the leftovers from Falafel Drive In.