Breakfast: It’s another busy day. Oatmeal is a good way to start. We had some with Bananas. Then I was off. I was preparing my radio show for today. I decided to rebroadcast my 2012 interview with Tom Regan, who had just died on February 17. I wanted to honor him and prepare some commentary to go with the rebroadcast.

Lunch: Our big meal of the day was a late lunch. I like when I can create a tasty meal from the few odds and ends in the small refrigerator we are using while staying in the pool house. I made a Mesclun Greens Salad with Sweet Potatoes, Black Beans and Walnuts and a “Honey Mustard” dressing. The mustard container was almost finished and that’s when I like to make a mustard dressing. I added some Apple Cider Vinegar to the Dijon mustard bottle, along with a little Agave and shook the container until everything was well blended. That’s is – it’s a great dressing and every drop of mustard is used, no waste.

When I visited Argentina back in 2010 I remembered ordering Hummus. It was good, but tasted different. Then I realized they had made it with peanut butter, not sesame tahini. I realized that any legume/nut-or-seed butter makes a great combination for a spread, pate, dressing or sauce. We had cooked Red Lentils and I mixed in Peanut Butter and Apple Cider Vinegar for a dip. If I was at home with a blender I would have made it creamy and smooth but I did the best I could with the back of a spoon. We had Yellow Bell Pepper and Celery Sticks for dipping. 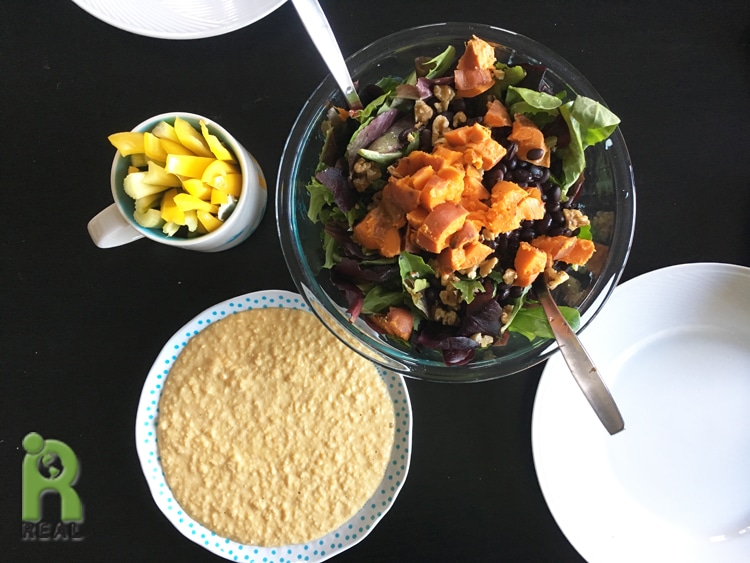 Daily Green Juice: Before our Fiddler rehearsal we stopped at Whole Foods in Campbell for green juice. We are grateful that they are here for us! Wholefoods’ Campbell Blend is made with Kale, Parsley, Celery, Carrots and lots of Ginger.

Snack: At rehearsal we were treated to more Vegan Cupcakes from cast member Sara. This time they were Carrot Cake cupcakes. 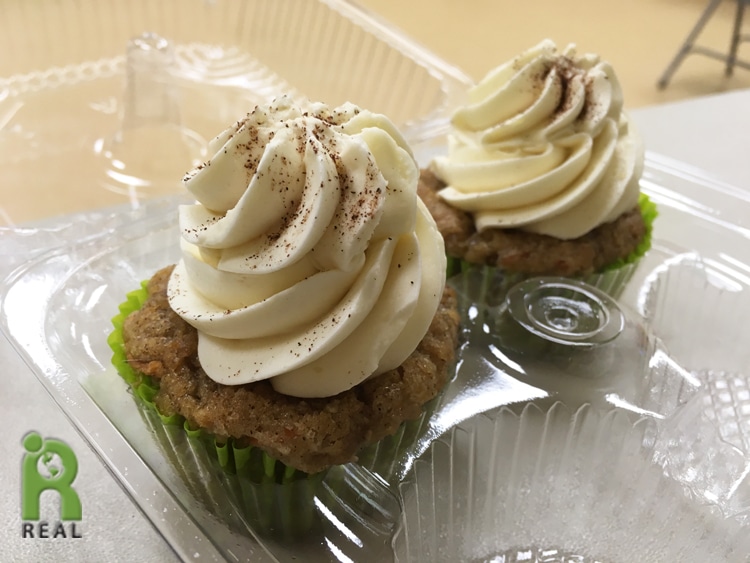 Dinner: After a long and productive rehearsal, I made Corn Thins with Avocado. 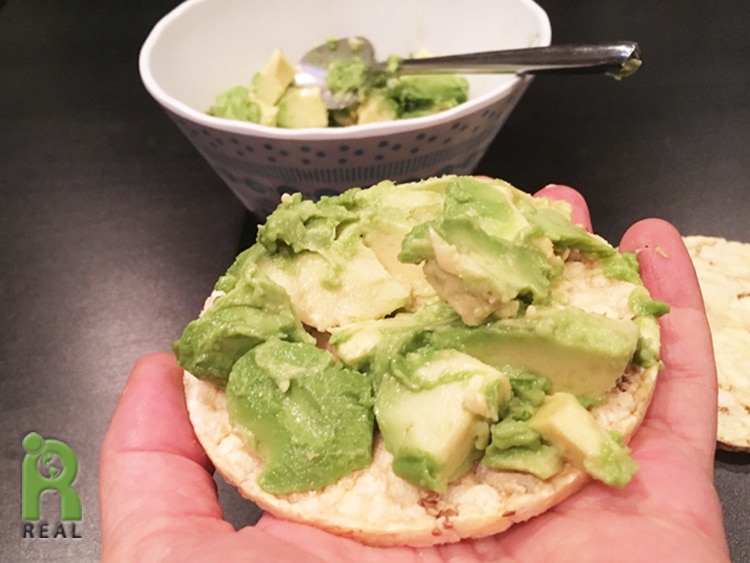