Breakfast: It’s the last day of Fiddler on the Roof performances. Our 9-week project is coming to a close. We could use a big rest but there are still two more performances today to go. We began with Rolled Oats with Apples, Cinnamon and Vanilla Soy Milk. 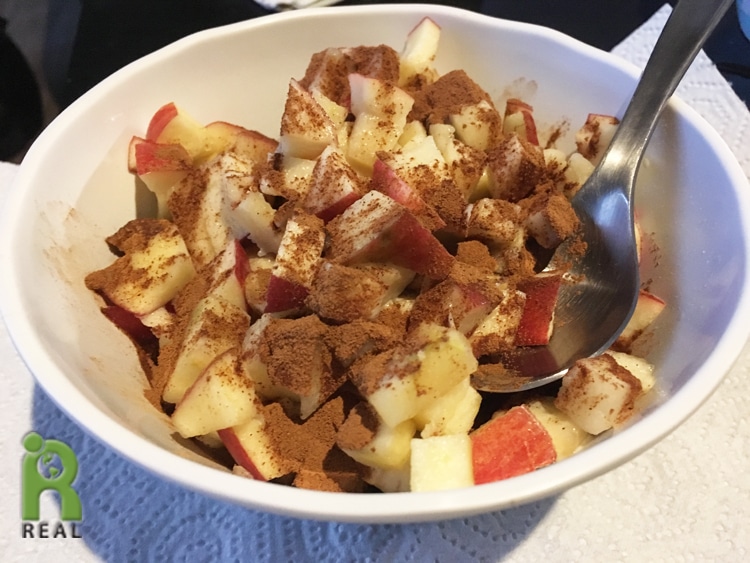 Lunch: We had less time in between shows today because the evening show starts earlier than yesterday. After the matinée Gary and I escaped to Veggie Grill. There was a moment of tense excitement as we hit traffic. There was no spare time for traffic! We ordered the Bad Boy Style Quinoa and Veg Burgers (scratch-made blend of organic quinoa, kale and mushrooms, house-pickled onions, arugula, veg mayo, drizzled cilantro pesto, Spicy tomato Chao cheese, caramelized onions, pickled jalapenos, Sriracha sauce.), plus Tempura Green Bean Stack Tempura (breaded green beans, grilled lemon, onion and garlic ranch dipping sauce). Gary got fries with his burger and I had the veggie Beef Barley Soup. I also got a Ban Mi Salad (organic glazed tofu, chargrilled eggplant, house-pickled carrots, white cabbage, cucumbers, daikon, fresh jalapeños, basil, cilantro, mint, marinated kale, in a 5-spice glaze) for after the final performance. 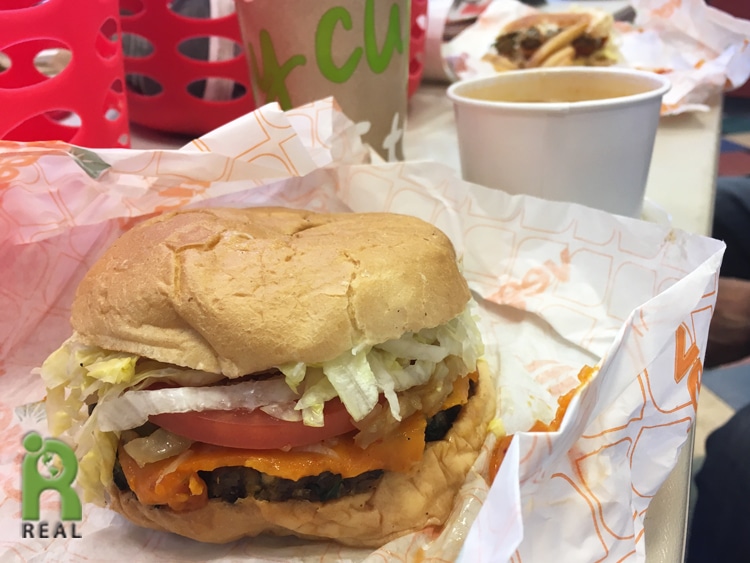 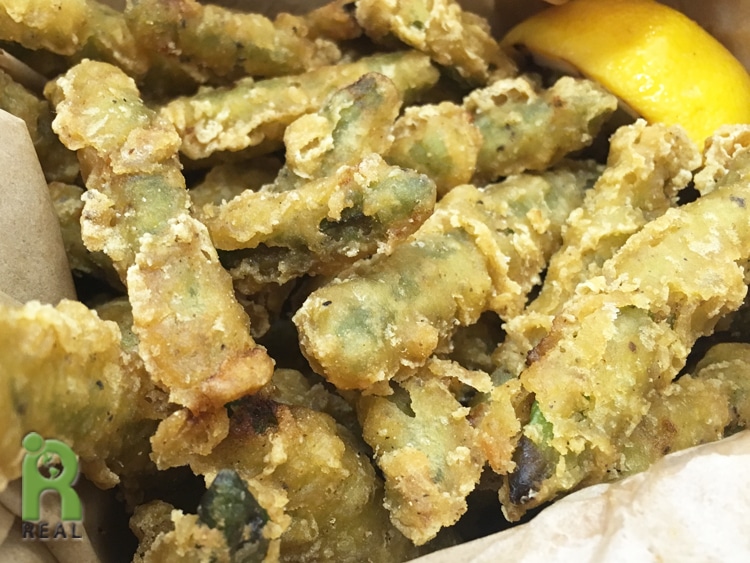 Dinner: After the final performance, there were lots of speeches, hugs and tears. Then it was time for strike. The entire show gets packed up and cleared out of the theater. Costumes were collected and separated in bags based on where they came from. Set pieces were taken apart and everything was loaded up in a big U-Haul truck. The temperature dropped and the theater was colder than ever. That made the job even more difficult. Gary and I left around 1:30am. Looking at the theater, it was as if nothing ever happened, ready for the next show to move in. What we have now are lots of pictures and memories. The pool house was cold too and it took a while to warm up. I sat down and ate the Veggie Grill salad and Gary had Oatmeal. 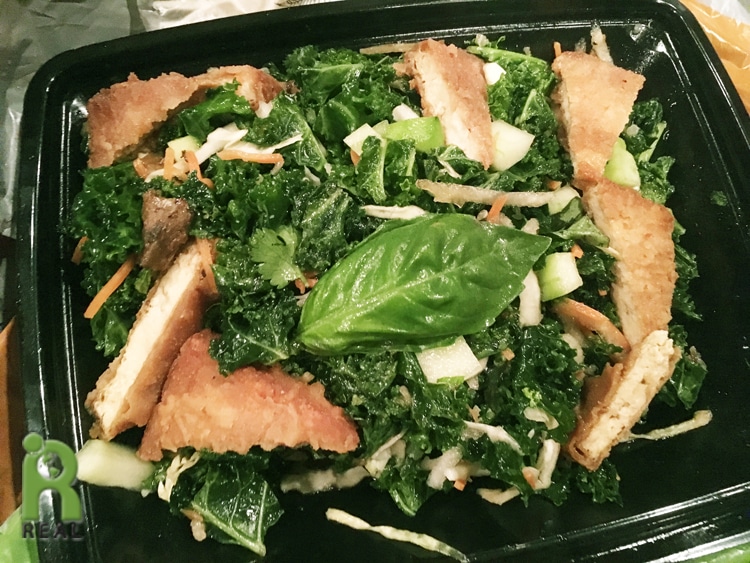 Evening: Of course, we had hot Mint Tea.