Breakfast: We were driving up to Roseville California today. Gary’s niece Lisa was having her wedding rehearsal and Gary was to be the officiant. The last few days I have been checking the EPA site, AirNow.gov to check the air quality in the area. It was UNHEALTHY where we were in Monte Sereno and GOOD in Roseville. I was glad that’s where we were heading. We packed a bag of plastic containers, the leftover Heavenly Salad from the Vegetarian House, a couple of packages of beans and some bottles of water. I was grateful for that Heavenly Salad. The ride was scary in spots, especially in Walnut Creek. We were lucky to be driving out of it.

Lunch: In Roseville the air was clear and the sky was blue. We stopped at Trader Joe’s for some provisions: Apples, Bananas, Peanuts, Raisins, Soy Milk and Rolled Oats, all organic. And Avocados! We haven’t purchased avocados in a long time, but they were reasonable so we grabbed them. We also stopped into the Ace Hardware store to see if they had any masks to wear when the air got smokey. They were all out. Somehow, I was not surprised. I made a mental note to pick up some once the smoke cleared.

Next stop was Zest Kitchen, a vegan eatery in Rocklin, just a few blocks from our hotel. How lucky could we get? We learned from Jasmine, the delightful person who took our order that Zest Kitchen has been around for a few years. 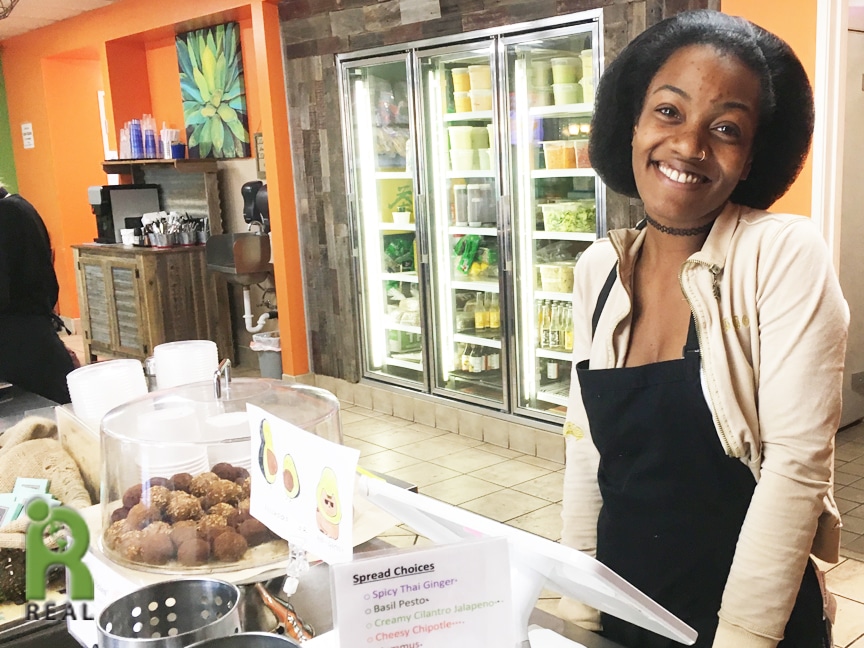 Gary had the Quinoa Wrap with fresh organic greens and veggies wrapped in a spinach tortilla with Cilantro-Lime Quinoa and the house-made Cheesy Chipotle sauce with added avocado. 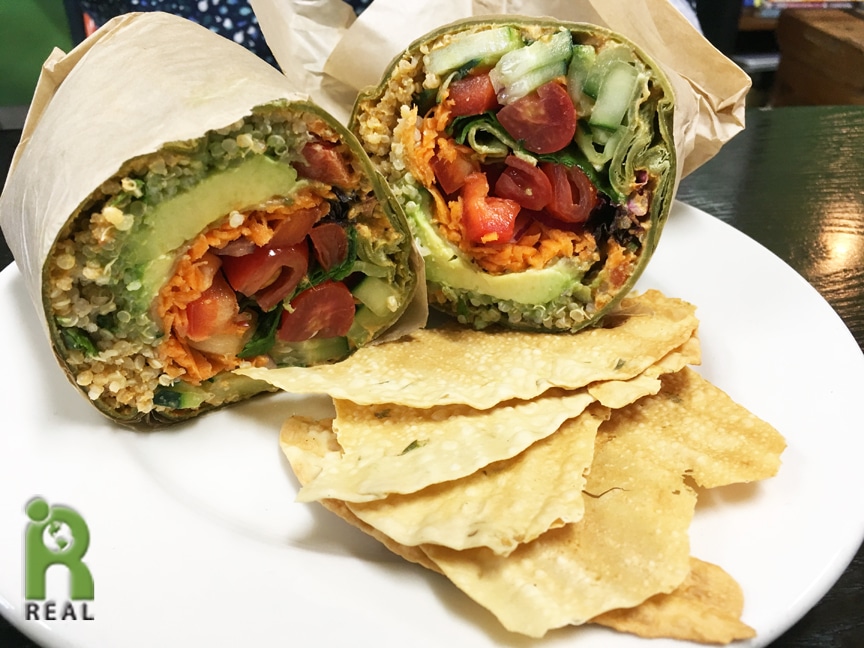 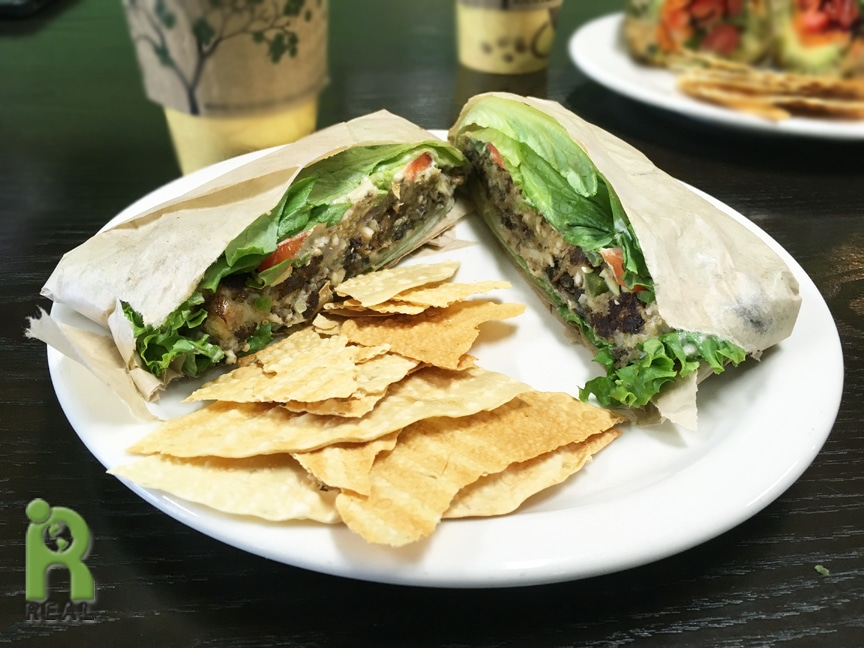 This was a cool place. They served Dandy Blend, an herbal coffee made with dandelion leaves. We like to call it Sanka. Gary was happy to have his caffeine-free “coffee”. My eyes were popping out at the smoothie options some made with fresh pecan or cashew milk. But then I saw the Pumpkin Latte special. Pumpkin Latte signs are everywhere so I wanted to try this one. It was not what I expected, but tasty. With actual Pumpkin in it, it was like drinking warm pumpkin pie filling. 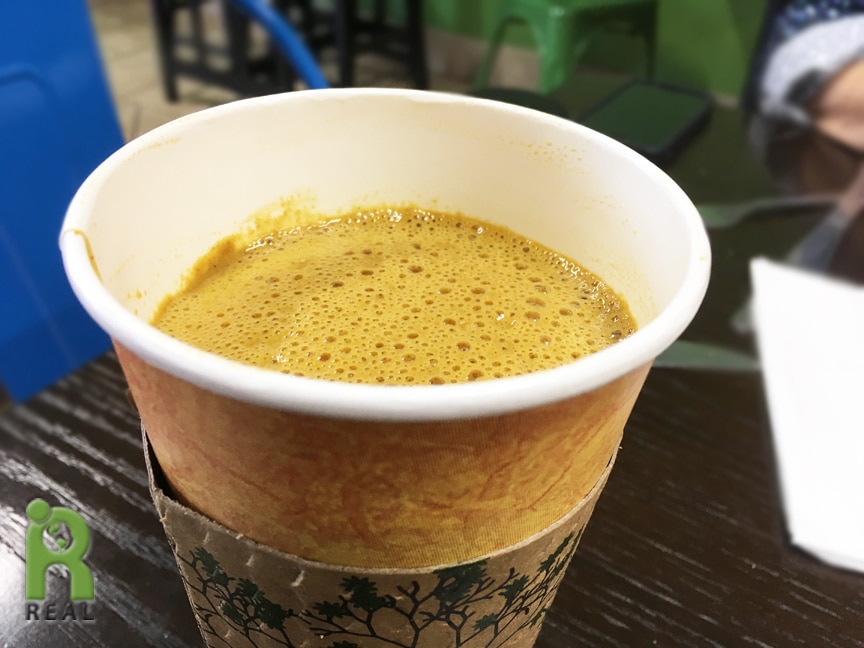 Dinner: After the wedding rehearsal at the hotel we all went over to Olde Town Pizza for the rehearsal dinner. We were in a private room and served wine, pitchers of beer, salads and pizza. We started with some beer. This one had an ingredient called Mosaic, which I learned with a quick search on my iPhone was a new variety of Hops. It smelled very fruity and then tasted unexpectedly bitter. I like bitter drinks but not when my brain is getting a sweet fruity aroma. 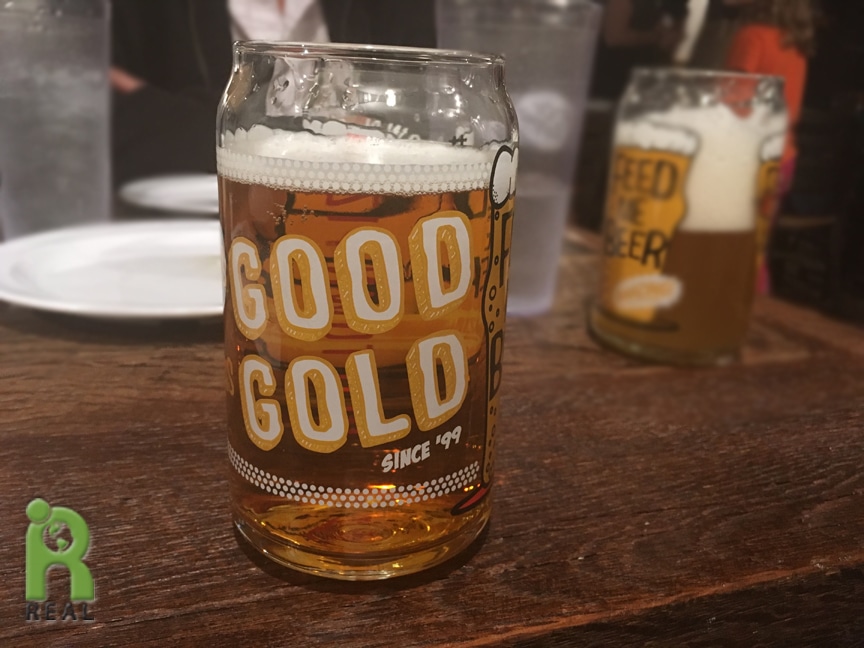 Gary’s niece Lisa thought of everything, including vegan Salad and vegan Pizza. The salads came out in big bowls and we grabbed the vegan one. I needed salad more than ever and refilled my plate numerous times. 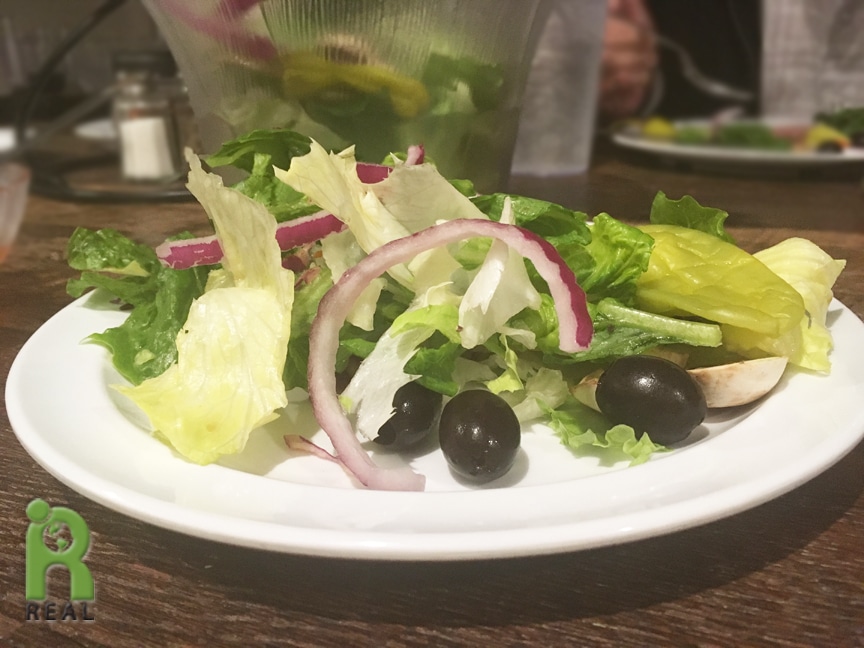 I don’t do well eating white flour and overdid my limited white flour ration last week. I did not want to eat the crust so I scraped off the Peppers, Tomatoes, Artichokes and Olives on top. My Italian boy ate my crust. 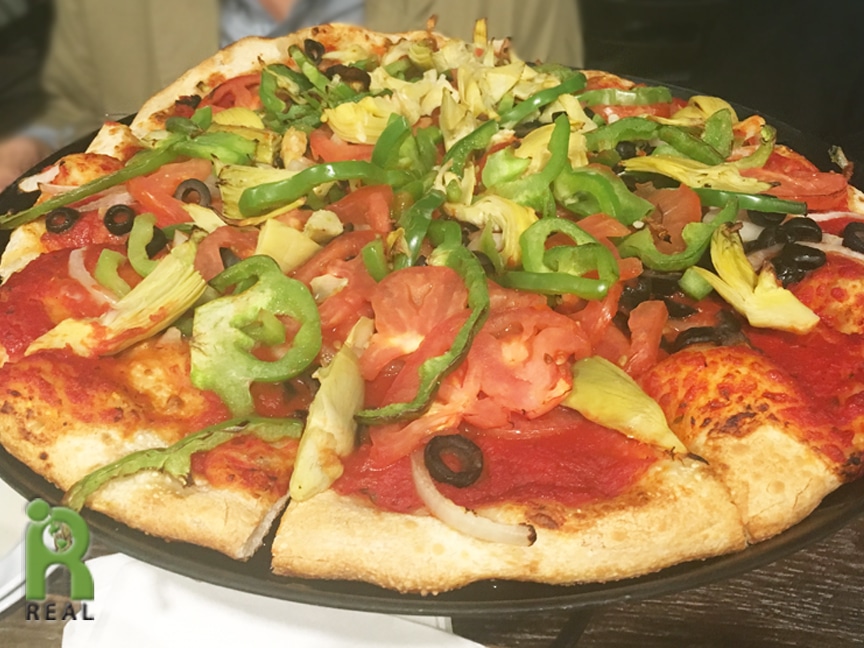