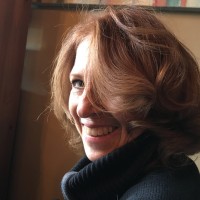 Caryn talks about the importance of regulation within the food system. She recommends calling the USDA and government officials to voice concerns about issues.

Hey, everybody. I’m Caryn Hartglass, and here we are with It’s All About Food.

The first thing: thank you for joining me and tuning in love. It’s so important that we do this together.  Breathing together, talking to people, looking in their eyes and engaging with everyone around us on a very civil level so that we can make positive change.  I’m sending out light, light to heal over the darkness. I’m hoping, since this is audio, that perhaps you might see some of that light.

Some people can actually see colors when they hear certain sounds, and so I’m thinking maybe you can see the light I’m sending you over the audio waves.

Get your pens.  I want to make a request to you. I hope you’ve been calling and writing your government officials on local, state, federal levels. We need to engage as much as we can right now.  I just spoke with someone at the USDA, someone by the name of Andrea.  The phone number is 1-844-820-2234.  Again: 1-844-820-2234.  I was voicing my concern about the deletion of content from the USDA’s website on animal welfare violations and the animal exploitation industries.  There’s been a lot of websites that have been going away from the White House and a number of federal institutions, and some say it’s because with every new administration they like to redesign and revamp. But I have a feeling some of these are more treacherous, where they’re actually getting rid of information to remove the transparency that we have with a lot of these organizations.  What’s interesting and particular about this one is that the Humane Society had a lawsuit against the USDA in 2005 over public access to animal welfare act reports concerning animal use in universities and other laboratories, and it helps to have this information on a website where people can learn about animal welfare violations and industries that are doing more exploitation so that you can make informed decisions when you might want to be involved with some of these industries.  There was a settlement in 2009, where the USDA agreed to post certain data on their website concerning research on animals, and that’s all been taken down.  The Animal Welfare Act and Horse Protection Act enforcement documentation has been removed. It appears to violate, in plain terms, the settlement of this federal court order.

I called Andrea at 1-844-820-2234.  I spoke with her this morning.  She was courteous, but honestly she sounded uncomfortable with the language she was given to respond to calls like mine.  She told me slowly, while she stuttered, that they’re “striving to achieve balance”, that “the issue is in litigation right now”, and “they are trying to decide what to do, but they want to support privacy concerns.” I wonder who’s concerned about privacy here. Clearly, it must be the animal industries that are known for exploiting and violating the laws that we do have for animal welfare.

I was really disturbed about this, and so I encourage you to call. They are taking notice of the people that are calling and hopefully this is one way that they can hear our voice and make the right decisions.

Another thing I wanted to bring up, because it was kind of fun, there’s a program on PBS called The Hidden Killer, and it’s a bit of history about what happened in the Victorian Era and how early adopters of new products were unintentional guinea pigs. I found it fascinating and somewhat relevant, too.  A part of the show talks about how when different products came out, like baking soda or rat poison, a variety of different white powders that were just packaged in plain boxes, people would make mistakes and use a poisonous product instead of a safe product, and there were all kinds of unfortunate consequences as a result, including death.  That lead to labeling.  We talk about labeling all of the time and how inadequate the labeling on our food today is, but it’s far better than it used to be.

That’s why it’s important to stay vigilant.  That’s why it’s important to demand positive change because change does happen, and we want to continue moving in a positive direction.    The problem today with our new United States federal government administration is they seem to be backtracking a bit on all of the progress that we’ve made. Some people have commented to me about a thing that goes on at our non-profit website, ResponsibleEatingAndLiving.Com, about how in my What Vegans Eat blog for example, I should just be talking about healthy delicious food and not mixing in my opinions about what is going on today with government.  I think it’s impossible to separate our food system  with politics because our food system is politics.  For those of you who are aware of all the issues around poverty and food insecurity, it’s not because there’s not enough food on the planet.  It’s because the distribution of food is unjust, and this is political.

Even here in the United States, we have neighborhoods that have difficult access to healthy foods. There are more junk food restaurants and convenience stores rather than groceries where they can get relatively priced healthy foods.  A lot of this is political, and we need to speak out. We need to get loud. We need to voice our concerns.  No more sitting down and being complacent!  We all need to chat about this.  Unfortunately, we have lots of regulations currently for foods and drugs, other products,  and it looks like the new administration is wanting to remove more and more regulations that have been protecting us to date.  We need more protections, I think, because there are a lot of things that are still imperfect about our food system.  Unfortunately, by just listening to this PBS program as an example, I remember interviewing a number of people on this  program. Do you remember the story about white bread on this program?  And hearing about the history behind white bread?  Unfortunately, when people are manufacturing food products, whether they have good intentions in the beginning or not, some may be influenced by profit. No, you can’t believe that, right? Some may be influenced by wanting to make more profit, and finding ways to do that could mean using low-quality ingredients as fillers. Over history, some of those low-quality ingredients were detrimental to health and toxic. We’ve even seen today – I think coming from other countries. I’m not aware off the top of my head, but I absolutely could be wrong – where we have been deceived in terms of the ingredients that have been in products that have actually been poisonous.  Sure, there are chemicals that are put into artificial ingredients that are put into products today that may be approved that aren’t really good for us. We’re learning about those and trying to get them removed from products.  We’ve got a lot of work to do, and regulation is important for that because, as I said, unfortunately people sometimes do whatever they can to maximize profit, and that does not mean that they will keep the product healthy for us unless things they have to by law.

A few months ago, I told you about the 2Forks Events. This is Forks Over Knives and Engine 2, and they come together, and they put on events.  This is the Forks Over Knives people, which is the storytellers of Dr. Caldwell Esselstyn and Dr. T. Colin Campbell, and Engine 2, which is Dr. Caldwell Esselstyn’s son Rip Esselstyn. They come together and they have speakers and all kinds of wonderful things.

There were three of them this year. Two of them have already gone by, and I know some of you have attended those.  But there’s one more!  It’s in Pasadena, March 24-26.  If you have a chance and you have some time March 24-March 26, it’s a premier two-day experience. It will help you kick-off or re-embrace a plant-strong lifestyle.  There’s lots of great food, knowledge, and inspiration.  If you use the weekend passcode, ‘Real Food Real Fifty’, you get fifty dollars off. Real Fifty.  Go to ResponsibleEatingAndLiving.Com and a link to it is in our top slider or go directly to 2ForksEvents.Com and use the Real Fifty code, it’s good for fifty bucks.

The last thing I want to leave you with:  I like to end with deliciousness because I think that’s the most inspiring and the most fun.  As you may know, we’re in California for nine weeks directing a production of Fiddler on the Roof. It’s fun, and it’s challenging, because we’re not at home with all of our kitchen tools and supplies and a pantry stocked with the things that we like to have. We’re in a small pool house and grateful to be here. It’s wonderful, but it offers challenges.

Yesterday, I created a little recipe, which I hope to post very soon.  I was quite pleased the way it turned out, and I wanted to tell you about it.  It was a tofu scramble, and I used sprouted tofu, which is pretty easy to find.  You can use regular, firm tofu as well.  I just mashed it very simply. I sautéed a chopped, red onion.  We talked about oil before – I didn’t use any oil. This was a dry sauté in a frying pan, and as it started to stick to the pan, I would add a little water.  The onions got nice and limp and transparent and lovely.  Now I’m a person who doesn’t like to waste, and when we’ve been making a kale salad, I’ve usually remove the stems. When we’re at home and I make juices, I use the stems in the juice.  We haven’t really been juicing here much, although we do have access to a juicer. I decided I would take the stems and I would chop them up really finely because I didn’t have something to give my dish a little crunch.  Normally, I might put celery in it or maybe some carrots. I didn’t have them, so I chopped up the stems and cooked them with the onions.  Then when that was all done, I added the mashed tofu.  Now I wanted to have some nice flavoring – and again, limited with ingredients – what did I have? I had Dijon mustard, soy milk, and nutritional yeast.  Here you go:  I took about 2 tablespoons of mustard, maybe about a quarter cup of the soy milk, and a couple of tablespoons or more of the nutritional yeast and beat it together with a fork and made creamy sauce, and I poured over the scramble and voilà!  It was a very, very lovely, light flavor.  I’m going to leave you imagining that deliciousness.

Thank you for joining me today on It’s All About Food.  I’m Caryn Hartglass and have a delicious week, everybody!