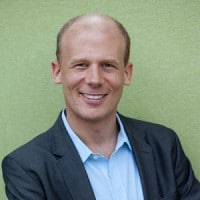 Josh Tickell is a Sundance award winning film director, bestselling author and thought leader. His films and books focus on critical, “big picture” social issues including alternative energy, conscious capitalism and reversing climate change.
Josh’s first movie, Fuel, won the Sundance Audience Award for Best Documentary and to theaters globally. He recently co-directed the 2017 Lionsgate release, Good Fortune, the rags to riches biopic of Paul Mitchell and Patron cofounder, John Paul DeJoria. He regularly films and interviews luminaries such as Elon Musk, Dan Aykroyd, Woody Harrelson, Sheryl Crow, and Shailene Woodley.
Tickell’s movies have won more than 40 major awards and have been selected as a NY Times Critics’ Pick, shortlisted for an Oscar and shown in the White House. He has spoken at more than 100 colleges and Fortune 500 businesses globally. He is a guest on shows such as The Tonight Show, Good Morning America, Morning Joe and on the Today Show.
Tickell’s new book, Kiss the Ground – How The Food You Eat Can Reverse Climate Change, Heal Your Body and Save the World with a forward by Whole Foods Founder, John Mackey, will be released in November of 2017 and is being turned into a movie from executive producer Leonardo DiCaprio also entitled Kiss the Ground.