Breakfast: Happy Halloween everybody! We are leaving California tomorrow evening. And today is a busy day. We made Steel Cut Oats cooked with Raisins and a Cinnamon Stick that Gary had found in the cupboard, topped with Walnuts. We are out of everything else we would normally add to this cereal. We also had mixed Red, Green and Purple Grapes and Teeccino with Soy Milk. 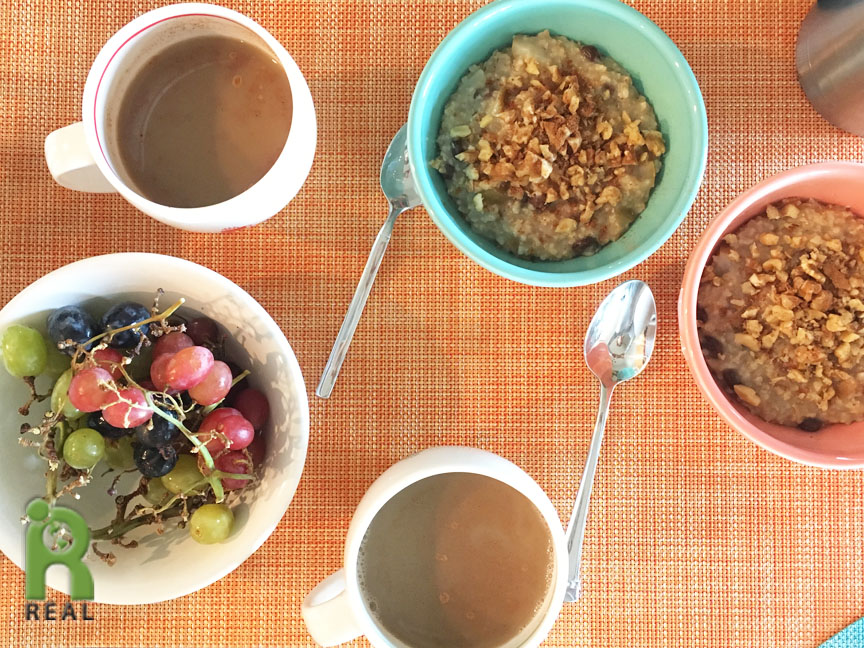 After I recorded my radio show we had plans to drive down to Santa Cruz. I was feeling a little down. The guy I interviewed wrote a book about how we can regenerate the Earth’s soil which is lifeless in so many places because of the poor way food had been grown. I was looking forward to reading it but disappointed because Animal Agriculture was stressed almost as a necessity, which I don’t agree with at all. I made a point during the interview to focus on the things we did agree on. Once on the road in the car, I saw the license plate on the car in front of us. It picked me right up and I was inspired! 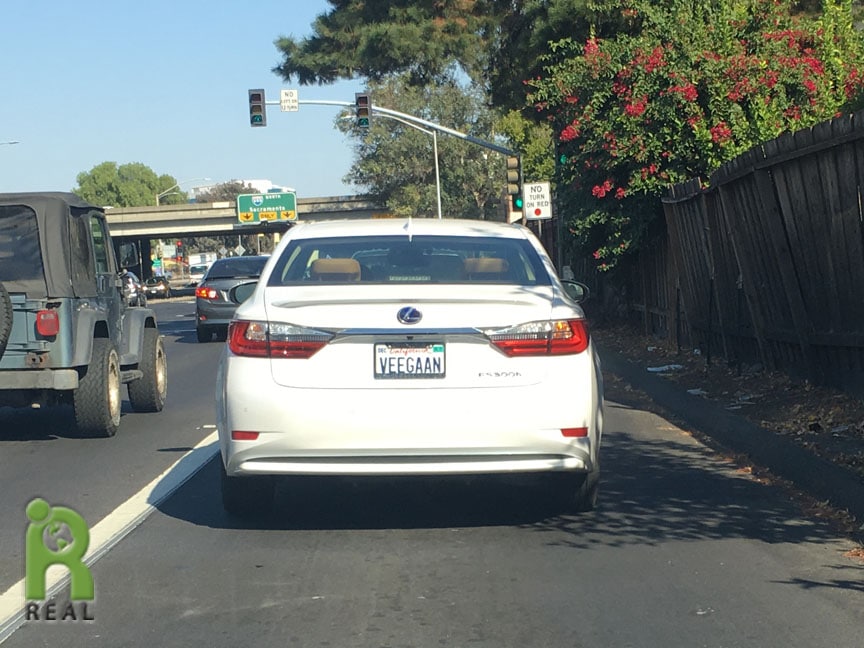 Lunch: I was going to be working on the Plant-Powered and Thriving Expert Series with John and Ocean Robbins. Afterwards, we were invited to dinner with John and his wife Deo. I determined the drive down would take about an hour an a half without traffic but with traffic it could take forever! We left with plenty of time in case there would be delays and fortunately there weren’t any. There was enough time for me to grab a Groupon for Dharma’s and go there for lunch. When we arrived, we met some of Gary’s friends… 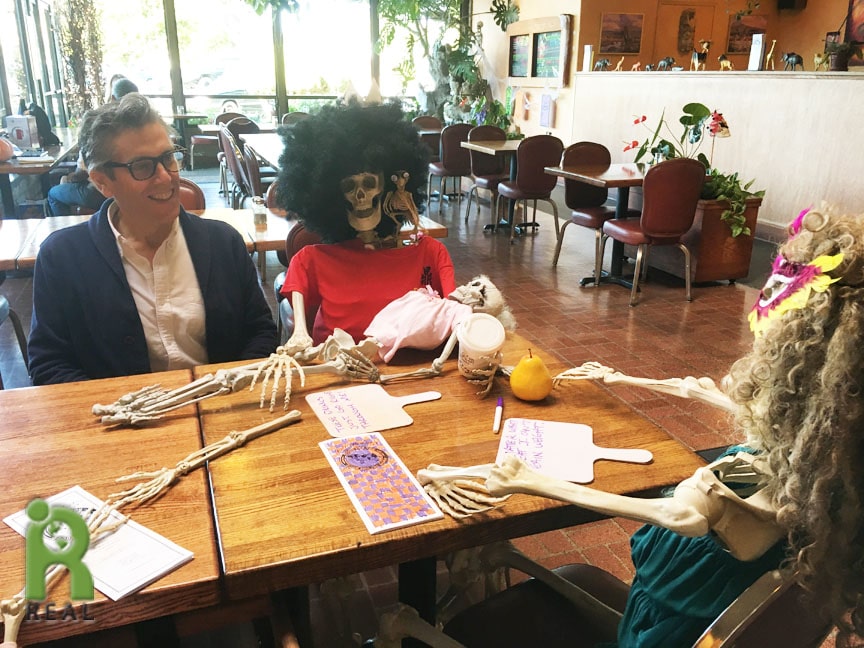 I normally have the Gardener’s Salad while wondering about the Japanese Samurai Soup. Today I got the soup, which has Soba Noodles in Miso Broth with Arame (seaweed), Edamame (soy beans), Green Onions, Tofu, Spinach, Carrots, Sesame Seeds, and topped with Shredded Daikon. 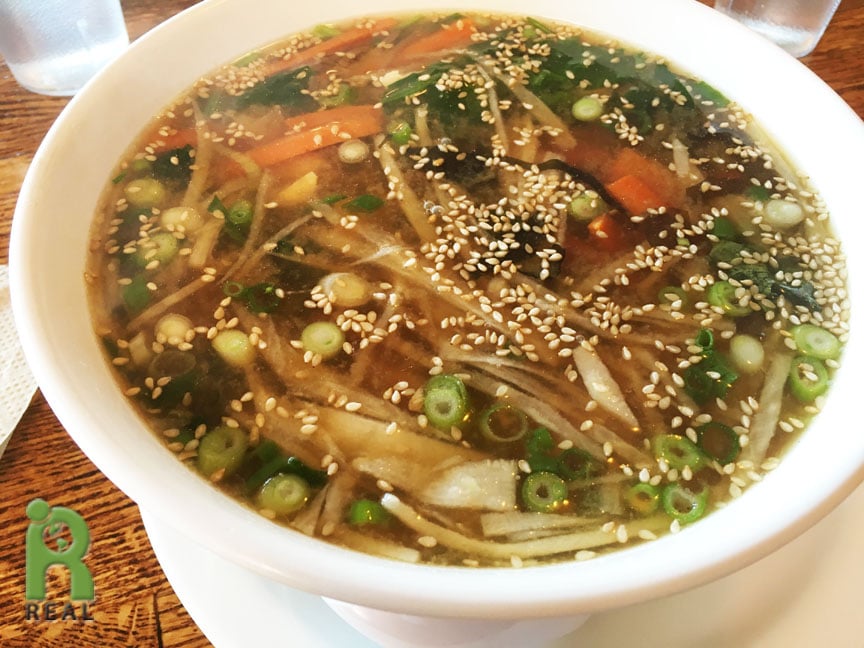 The burrito boy got his favorite Breakfast Burrito. It’s so big he made me finish it! 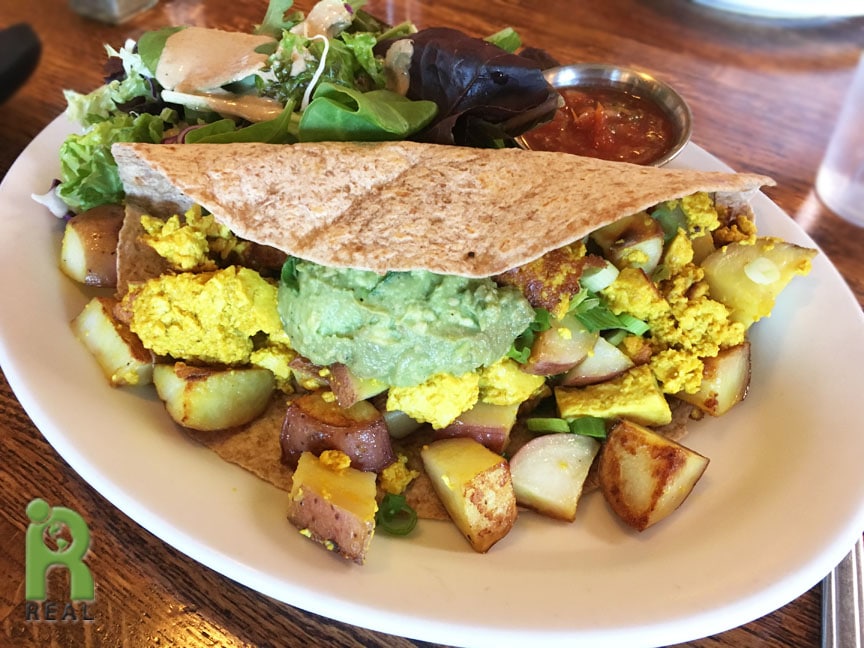 Dinner: After the first event in the Plant-Powered and Thriving Expert Series it was time for dinner. We brought the Vegan Chopped Liver along with Mary’s Gone Crackers for John and Deo. John, who just turned 70 a few days ago, looks amazing, doesn’t he? I’d say he is definitely plant-powered and thriving! 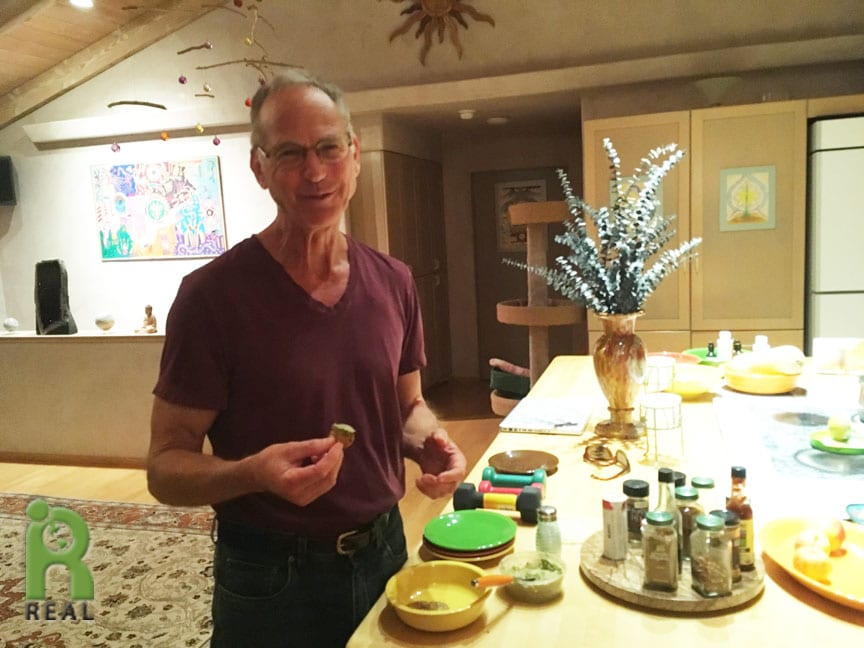 Deo made a flavorful Tofu Loaf with fresh Oregano from their garden. We topped it with homemade Apple Sauce; the apples came from their tree! It was served with a fresh Green Salad. 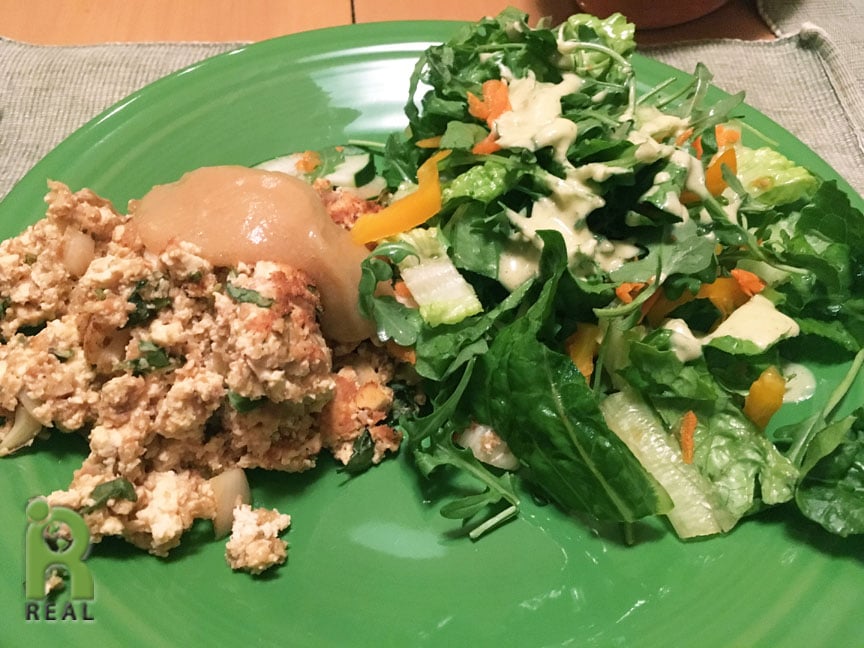 For dessert we were treated to a classic Chocolate Pudding made with Cocoa Powder, Corn Starch, Plant-Milk and Coconut Sugar. It was garnished with a little Whipped Soy Cream. Delicious! 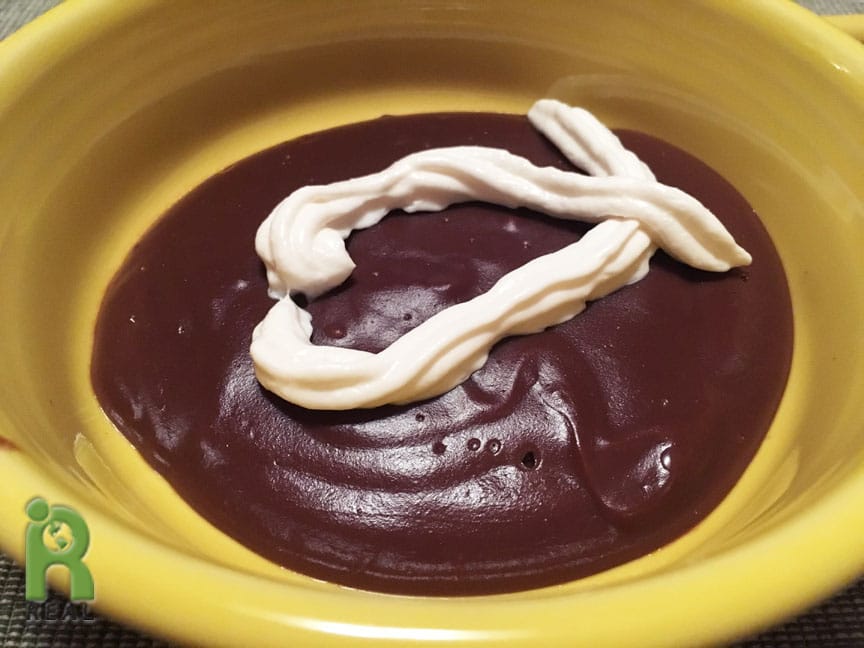