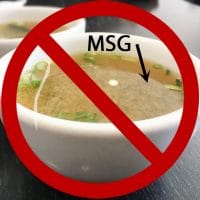 Caryn shares her recent reaction to MSG in her soup at a restaurant. She discusses self-love and self-loathing and how it affects our relationship with food. She offers up her favorite Passover and Easter recipes and some brands of natural candies, free of artificial colors and preservatives; GMO-free, gluten-free and vegan.