The day began early. Gary and I were both in reclining chairs at the hospital in my dad’s room. Dad was on a morphine drip now, not really conscious. We were planning on sleeping by his side. I dozed off and woke up around 1am after receiving a text from a friend. I watch my dad breath slowly until he took his last breath. He was gone. Have you ever seen someone die? This was my first time. As I looked at my father’s body, it didn’t look like him anymore. This body was a shell, he was no longer a part of it.

Breakfast:
After leaving the hospital there were many things to do, phone calls to make, things to organize. I was in need of some REAL Comfort Food, the kind that is delicious, soothing, nostalgic and above all, nourishing. Gary made Yellow Potatoes with Onions. Afterwards we tried to get some sleep. 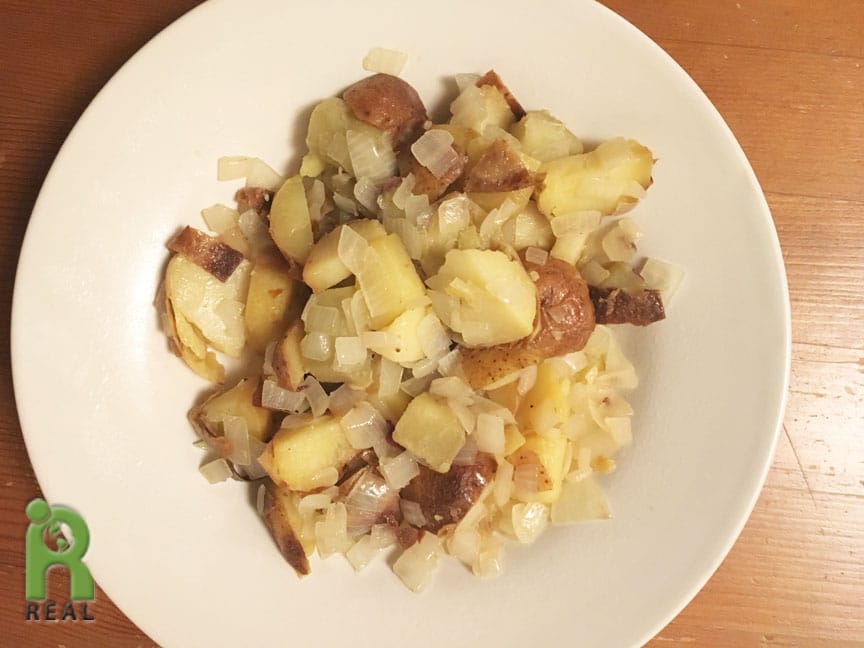 Lunch: I didn’t sleep long, there was too much to do, coordinating with the funeral home and planning the burial. Gary served me Celery with Peanut Butter in bed. It’s what I wanted. 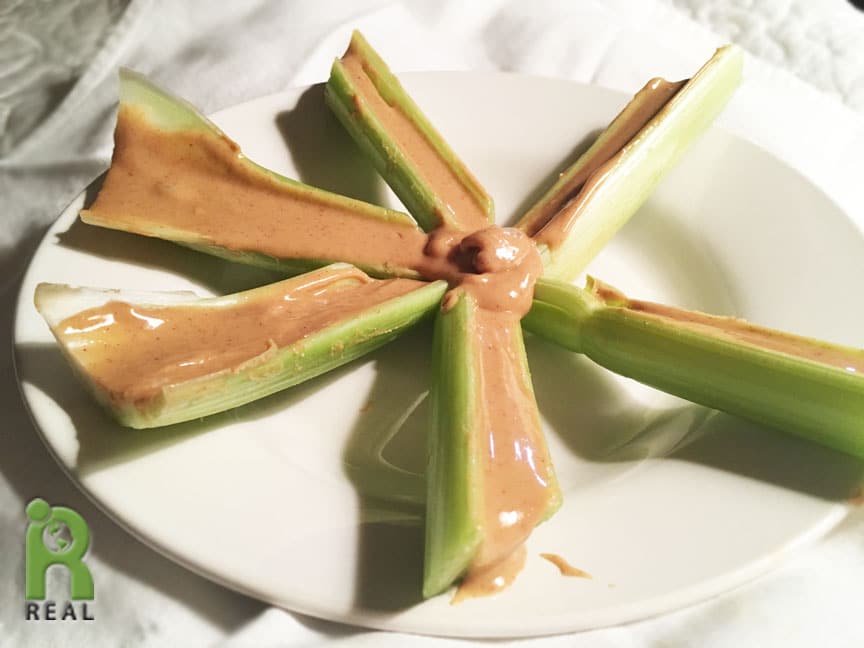 Twice during the day the lights went out in the apartment. I have lived here for 18 years, and this has never happened before. There are some that say that when someone passes, their spirit may make lights flicker, they may turn things on and off. Was my dad passing through to say goodbye? What do you think? Have you experienced anything like this?

Dinner: This was a profoundly sad day. We needed to nourish ourselves but were not up for cooking. Ordering in food from Green Zenphony was the right things to do. I ordered the Sizzling Wonder. The sauce came in a separate container and I liked it much better this way, adding what I wanted. Gary got an Eggplant dish and his favorite Barbecued Veggie Ribs. 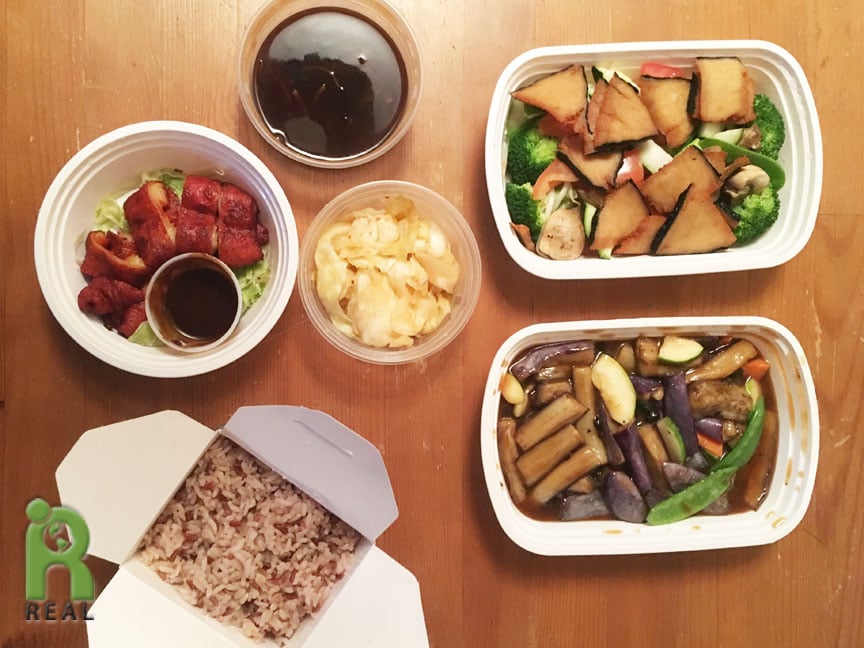