Breakfast: Barb, the co-founder/producer of Playful People Productions, the company we are working with to put up The Music Man, is a kind and generous person. Knowing that we had left New York to come to California to work on the show just after my dad died with no real time to grieve, she gifted me a session with a grief counselor followed by a massage! Gary dropped me off at our designated meeting place and Barb whisked me off to Boulder Creek for my session. She also brought along nourishment – all vegan for me: a Whole Foods Scone, Cashew Reserve Herbed Spread, Organic Blueberries, Madarin Oranges and Garbanzo Bean Flour based gluten-free Crackers. Wow! I wasn’t hungry but I knew I would be later. 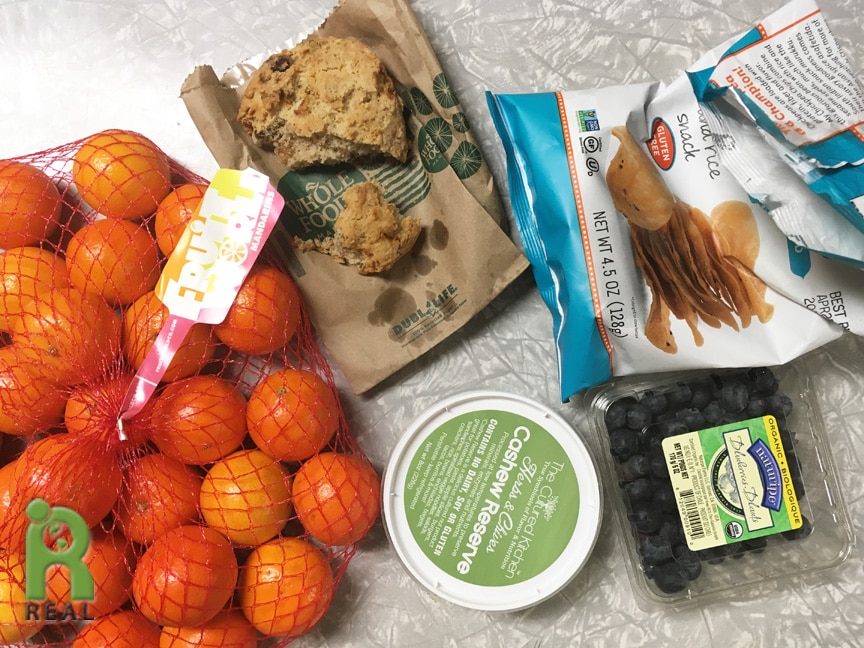 Lunch: The grief session was healing and the massage afterwards was delicous. What wonderful gifts these were! Thank you Barb!! Gary picked me up and we went back to the house to make a late lunch. We were both pretty hungry and ate most of the Cashew Reserve spread with the crackers before we got home. We put together a Salad with Greens, Tofu, Cherry Tomatoes and Blueberries, tossing it with the remaining Cashew Reserve spread. I gave the Scone to Gary. I knew he would love it. 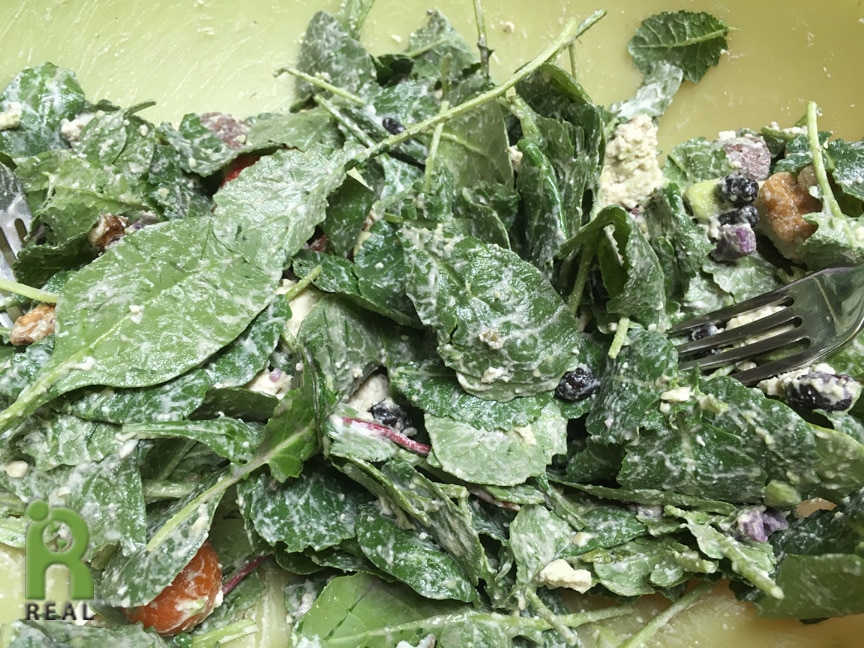 Dinner: Gary went off to the last rehearsal in December, staging and choreographing for The Music Man with the cast. I had the evening off and went to my friend Roswitha’s home in Palo Alto. Once a month she hosts a gathering for women. Gary knew I was going and thoughtfully bought a box of Vegan Cookies for me to bring. He found them while he was in Saratoga earlier in the day and saw a sign outside this Mediterranean store advertising vegan cookies. They let him try a sample and he asked what was in them. One was made with Pistachios and spices like Cardamom and the other was with Hazlenuts and similar spices. Gary asked if there was flour in them and they looked at him curiously saying “no, no flour”. 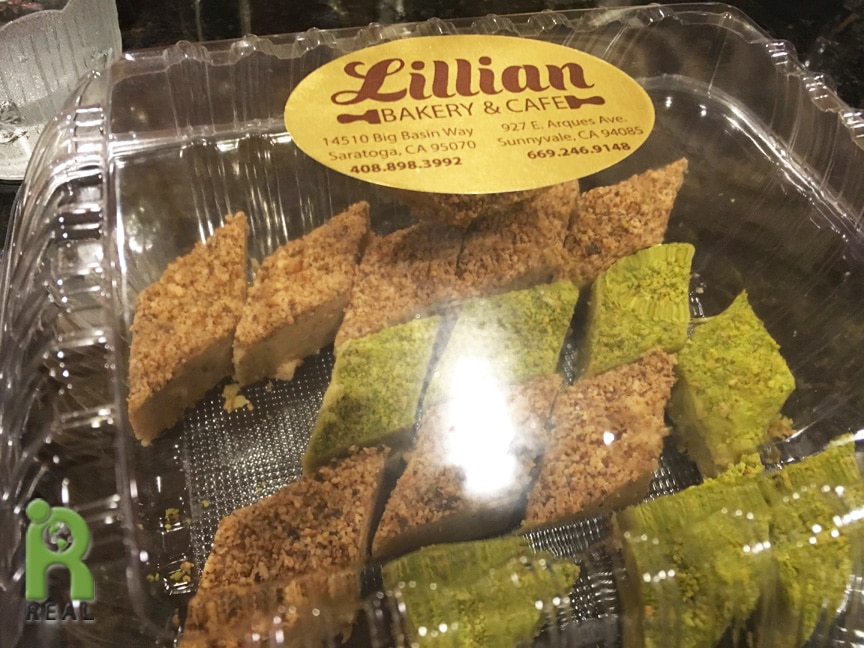 I was not planning on eating at the event. I was pretty full from the big salad we had had. But Roswitha had made Roasted Veggies with Tofu. There were two vegetarians in the group and she made it especially for us. She had also cooked a goose, but I am not going to talk about that! The Roasted Veggies were delicious with Mushrooms, Sweet Potatoes, and Brussels Sprouts. 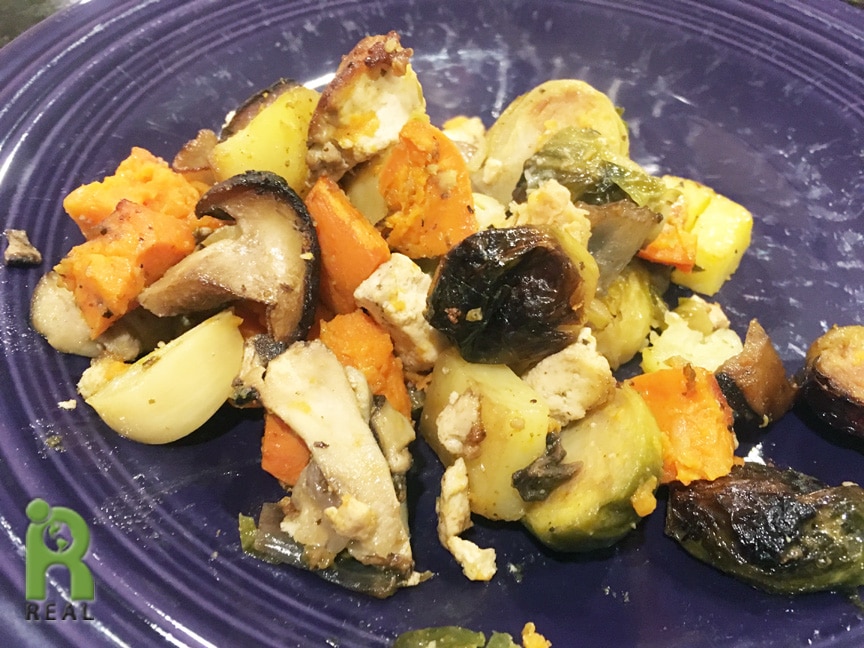