Breakfast: I’ve said it before, there’s no place like home! We arrived home at about 7am. The carbon monoxide alarm was doing its change the battery alarm. We changed the battery, went through the mail and unpacked. There was no Soy Milk in the house but we did have Let’s Do Organic Creamed Coconut. We make Coconut Milk with it, adding more than double the amount of water to blend it with. Gary made some, added an extra step of filtering the solids from the liquid. He wanted to add some to his Teeccino and he wanted his milk creamy. He also made Oatmeal, adding the Coconut solids to it. It was the best Oatmeal ever! The Teeccino was delicious too. 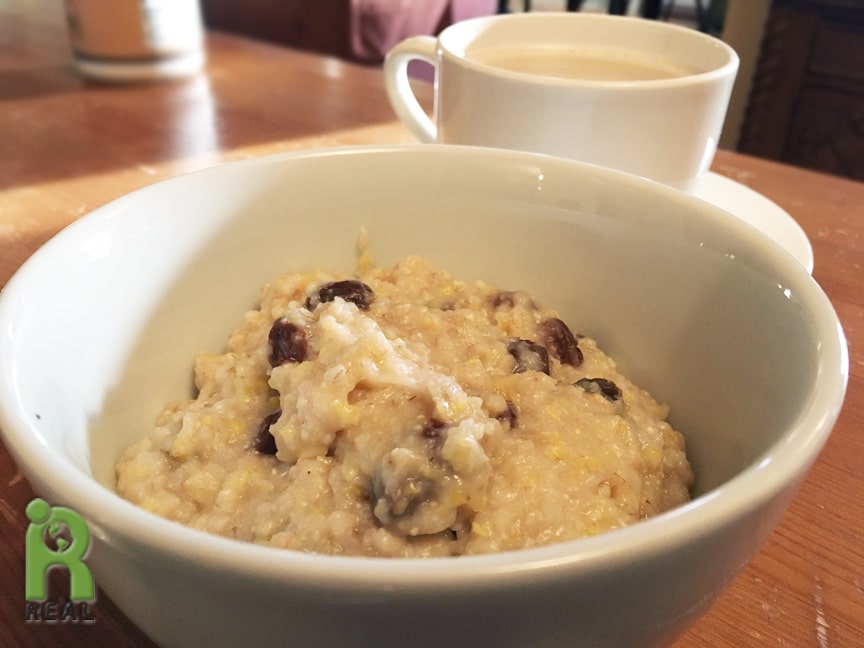 Dinner: We took a nap in the morning and then I had root canal in the afternoon. That was fun. I came home and Gary made dinner with the ingredients he had to work with in the house, since we hadn’t gone shopping: Lentils, Tomato Paste, frozen Spinach. He also brought home some Baked Tofu from California. He made a rich soup, seasoned with a spice mixed he had jarred a while ago, topped with the Tofu. There was also a bowl of our Whole Grain Blend in the freezer, made with Brown, Red and Black Rices and Millet, a gift made by us in the past, for us in the present. There were also two Green Juices Gary had made and frozen before we left for California that we defrosted to go with the meal. It’s good to be home. 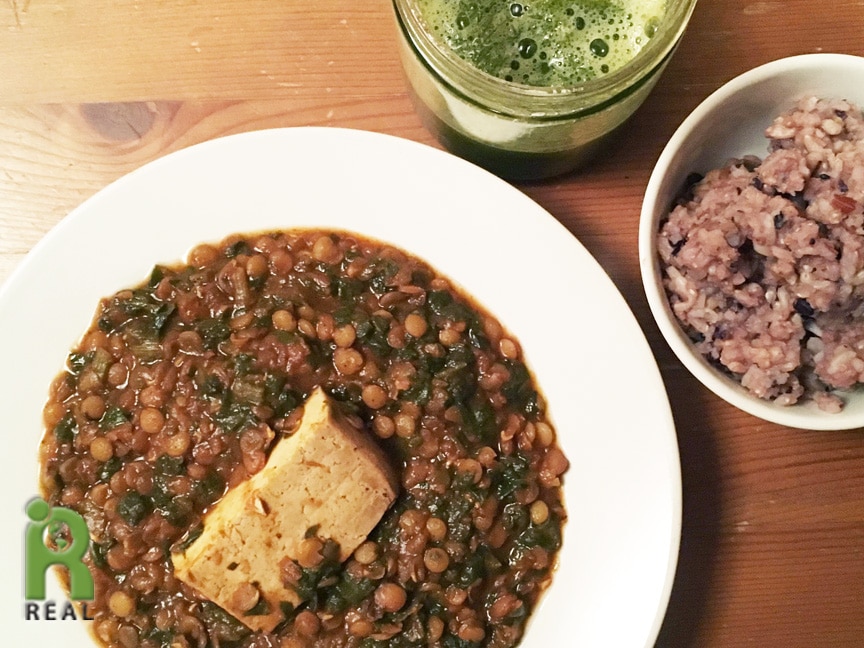