Brunch
I am feeling full of energy and no jet lag as I wake at 6:30am. I have a full agenda today. Yesterday morning we arrived home on a red eye flight from California. We unpacked, opened mail, had breakfast, took a nap and then I had root canal, later we watched a movie on Netflix and went to sleep at home, which was very nice. My goal was somehow to get through everything planned for yesterday and today and I had one day to go. I had an 8am appointment at Toyota to take care of mom’s car. I got to her home, swapped my dad’s car for hers and got to Toyota right on schedule. Back at mom’s after noon, I made myself some food. I was starving! She had leftover Chinese food from the weekend when my brother and cousin’s visited. I made a quick bowl of cooked Cauliflower, leftover White Rice, Tofu and frozen Mixed Vegetables. 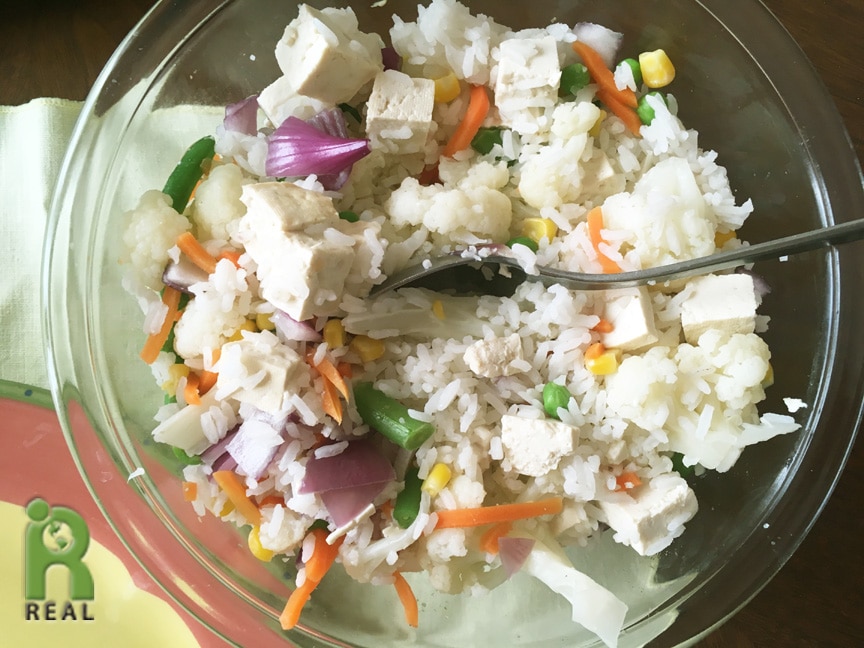 We made a quick salad of Romaine Lettuce, Green Olives and Kidney Beans. I splashed Balsamic Vinegar on it. 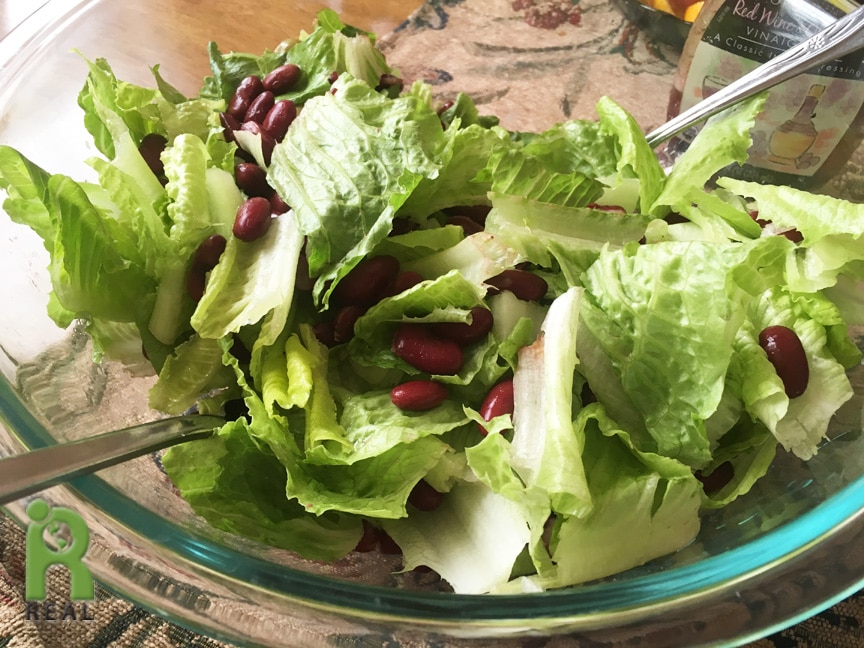 There was also some fruit leftover from Sunday’s family visit of Pineapple, Grapes and Oranges. I picked at that a little for dessert. 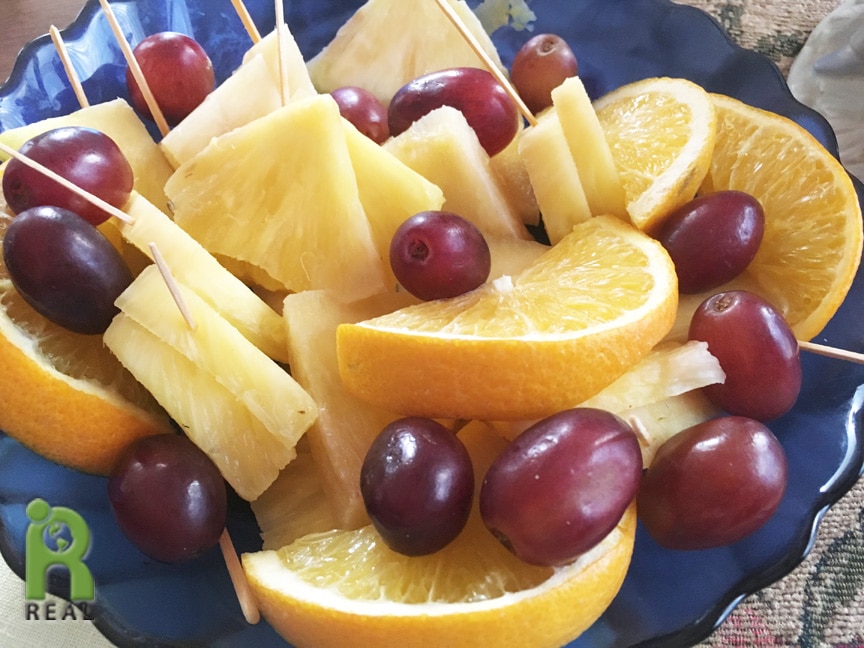 Dinner: After doing as many tasks for mom that I could in the time I had I stopped at Trader Joe’s for “fast food.” This means I ran through the store, grabbed what was needed, paid for it and was out in no time at all. Then rushed home. Parking “Carma” is still with me and I got a great spot in front of the apartment. My cousin Jeff and his son Victor are in town on a chilly Christmas vacation from Jacksonville and they were coming over for a visit. After sitting and chatting in the apartment, we all stepped out for dinner. We walked to one of the nearest restaurants because it was so cold. I feared for Victor who looked fabulous, dressed for fashion, not necessarily for winter in weather that felt like 7oF. We headed for T.G.I Friday’s. I have never been to this restaurant in the 18 years I have lived here in Forest Hills. Gary and I read that Friday’s was offering the vegan Beyond Burger and we wanted to check it out. When we got there we were told they didn’t have the Beyond Burger yet. We looked over the menu and decided we’d go for the Black Bean Burger which can be made vegan without the mayo and cheese. Once seated and after ordering drinks our server James told us that the Beyond Burgers arrived today. Serendipity! I ordered the burger, green style on Lettuce with a Salad. Gary ordered it on a Bun with Seasoned Fries. We both asked for Avocado with it. We waited. We waited a long time. Jeff and Victor’s meals arrived. Gary finished his beer.

Finally with apologies and offering the burgers free of charge, our plates arrived. Here’s mine, the Green version. 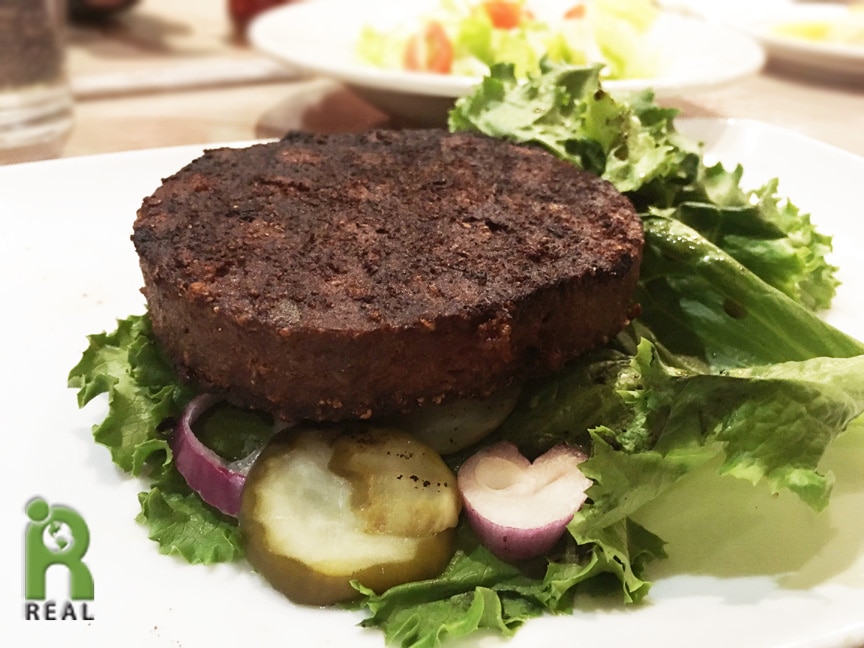 And Gary’s, the classic burger and fries. 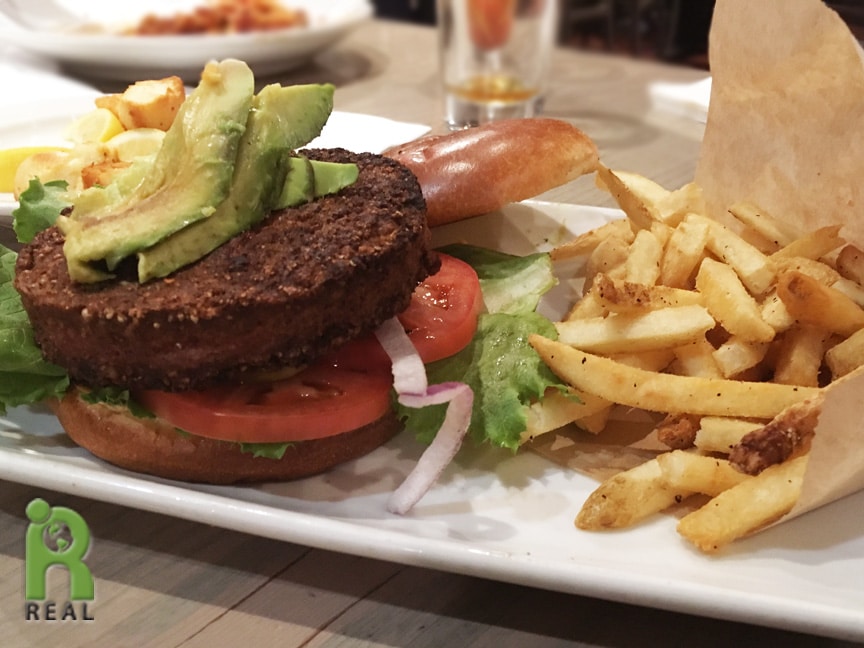 We were delighted to be the first at the Forest Hills T.G.I. Friday’s to try the Beyond Burger and we enjoyed them. I just may return to Friday’s again soon. Actually, I’d like to try the Black Bean Burger next.

Evening: My cousin Jeff was asking us if we were jet lagged. Gary was feeling it but I was fully charged. It was adrenaline. When we were ready to go to sleep, we decided to make waffles. It was then that I realized I was jet lagged and still on California time and in California it was time for dinner. We made Fruity Corn Waffles with Raspberry Coulis and they were amazingly good. Plus there are more for breakfast. 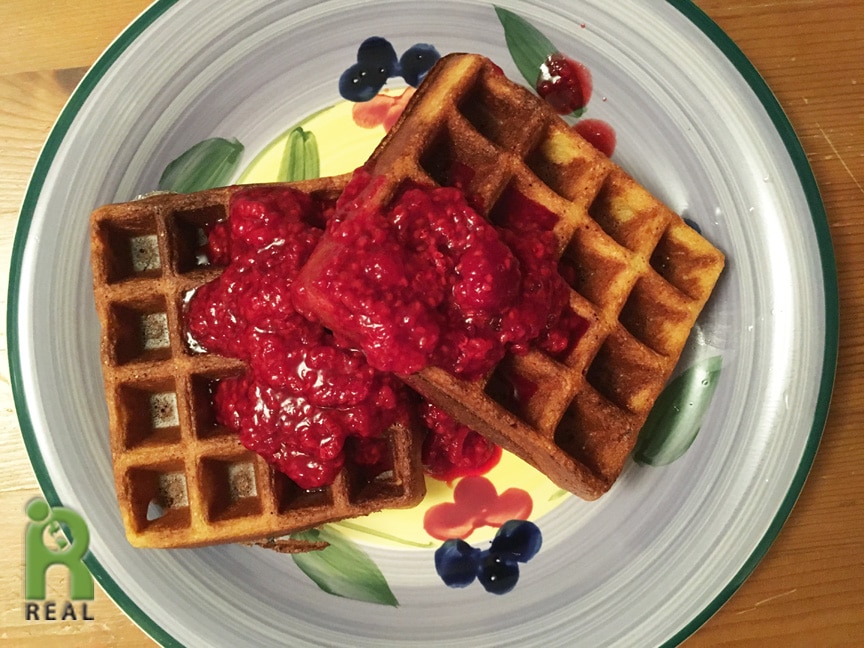