Breakfast: We are flying out to California tomorrow for a quick week-long trip. The plan is to take a well-deserved few days off in Mendocino before a intense weekend of auditions to pick our two casts for the Into the Woods Productions we’ll be directing in San Jose this summer. Gary and I have never been to Mendocino and are looking forward to discovering it together. Meanwhile today is over-booked with activity. Our meals will consist of what’s left in the refrigerator that needs to go before we leave. Breakfast was an Oatmeal-Polenta Mix topped with Chia Seeds, Cacao, Nibs and Blueberries. 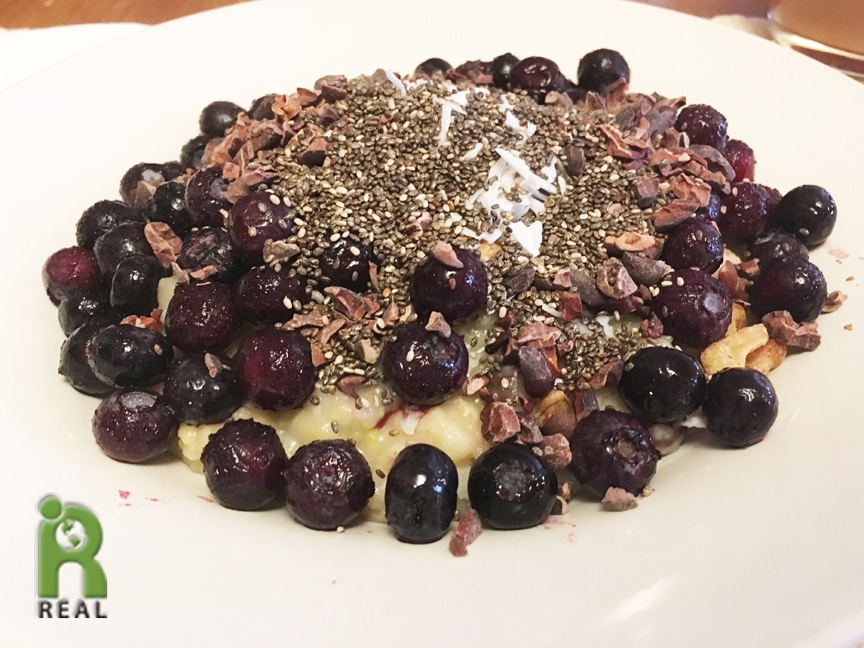 Lunch: We had one big head of Kale left which became salad with Carrots, Red Onion, Apples and Seed Caesar Dressing. 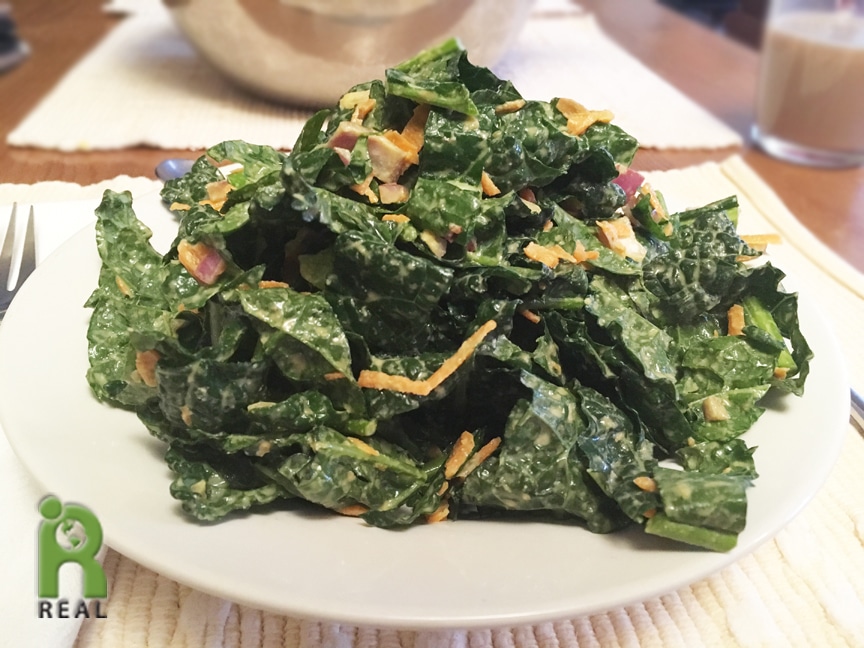 Opening up a can of Black Beans in the pantry turned the remaining Marina Sauce into soup. 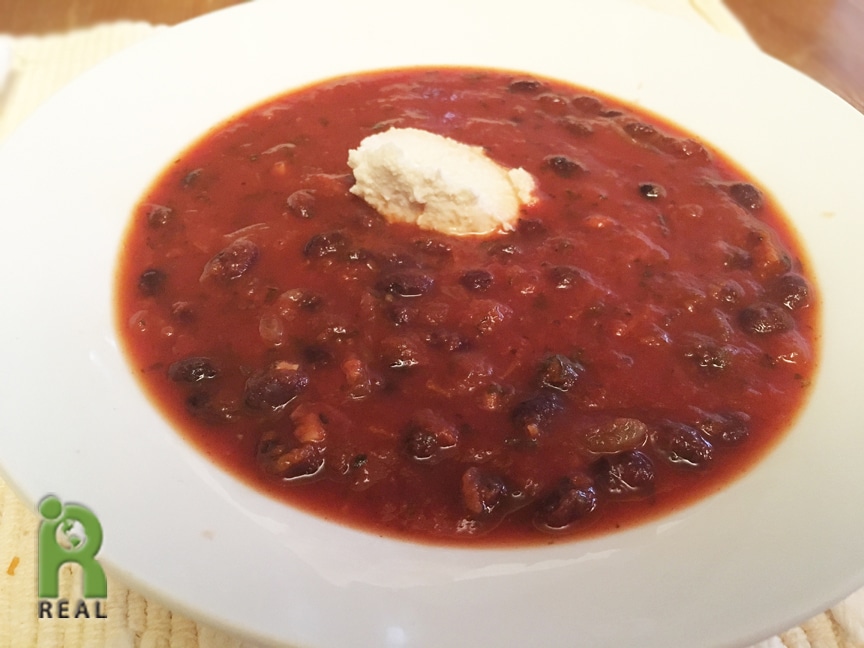 I was heading into the Progressive Radio Network studio today to interview Nil Zacharias, co-founder of One Green Planet. He and Gene Stone have a new book being released today called Eat for the Planet. Can you guess what it’s about?

Dinner: The excitement really started when I got home. Gary was all packed for our trip to California and I had a rehearsal to go to for some concerts I will be performing in, celebrating Leonard Berstein’s 100th birthday. But we had heard that another Nor’ Easter was coming through. I was on hold with JetBlue for about 45 minutes, while Gary served me dinner. You may recognize the food. It was a delicious repeat of lunch, starting with Kale Salad. 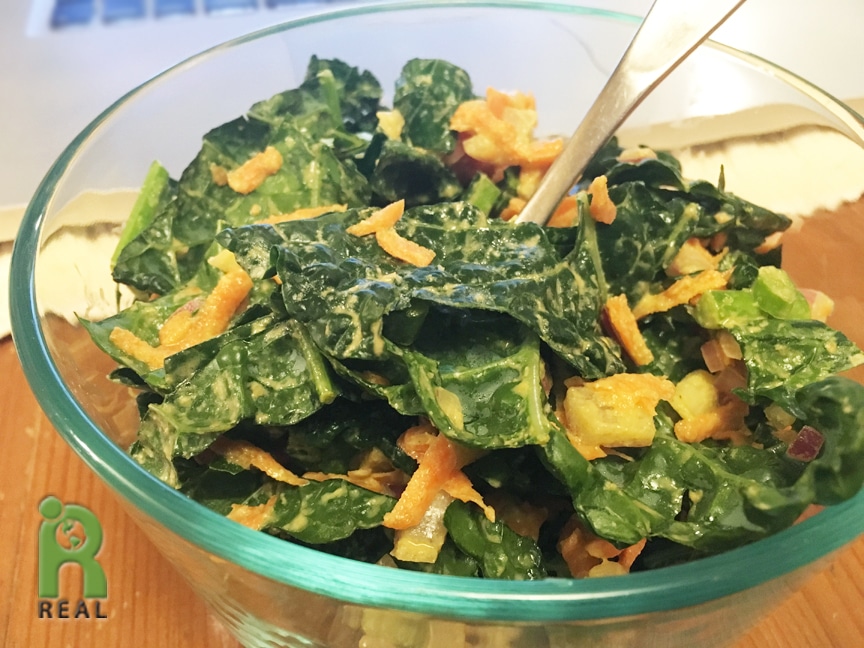 Followed by Tomato and Black Bean Soup. We were able to reschedule our flights for Friday. We were relieved and disappointed. We’d be able to get to our auditions on time this upcoming weekend but we’d be missing our trip to Mendocino. Talk to me of Mendocino… Someday we’ll get there. Someday… 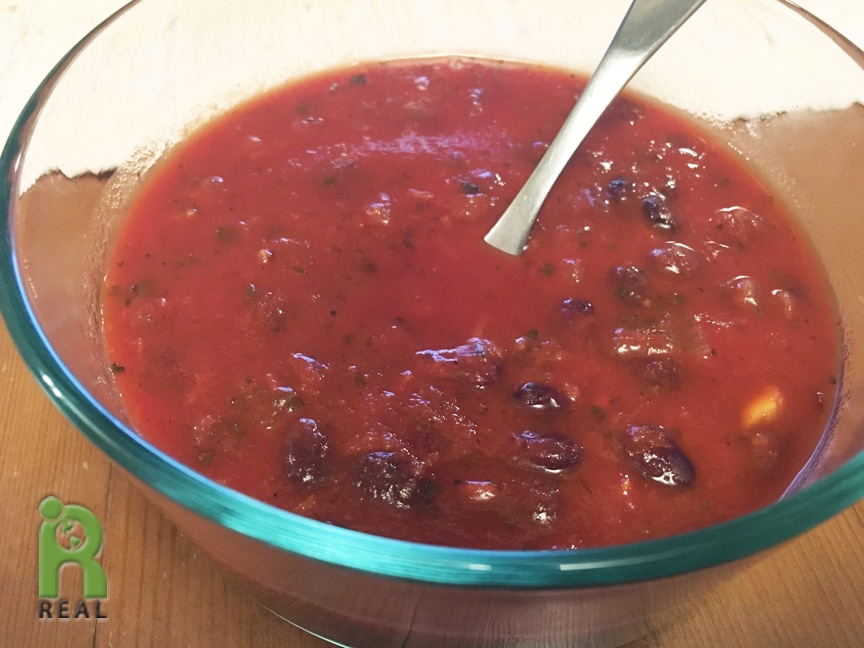 Evening: The storm has begun when I left of my rehearsal. Fortunately I found a tiny spot to squeeze into. It was a “no-parking while school is in session zone”, but the mayor has announced that tomorrow all NYC schools will be closed because of the impending storm. I came home tired and chilled. Gary made me a hot cup of Cocoa with Coconut Milk, my favorite. We keep boxes of Let’s Do Organic Creamed Coconut in the pantry when we are out of other plant milks. The instructions recommend blending the package contents (about 7 ounces of coconut) with two parts water. We typically add 4 cups of water which is more than 4 parts. We like it best this way. 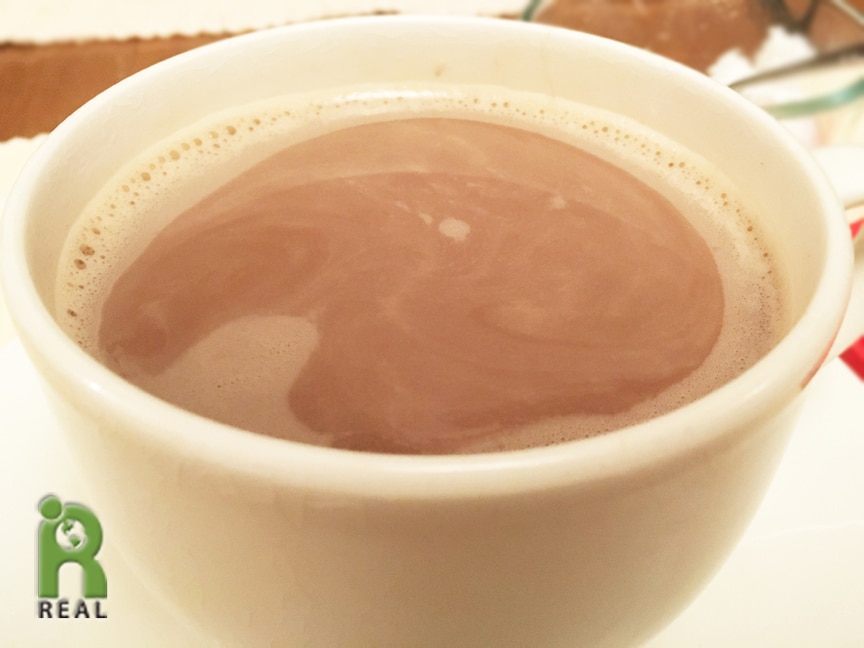