It’s my birthday and it’s Earth Day. I’m 60! The big plan for the day was to visit my 40-acre property. I bought it in 2005 and have not begun to do anything with it. It’s just jungle. I hired one of Beth’s farm workers, Edgar to chopped and clear some of the overgrown trails so we could walk around on it a bit. He also offered to join me, Gary and Beth on our hike. We left early in the morning. It was a challenging hike with steep trails, wet soil near the streams and lots of bugs. I have a special connection to the place and I was happy to be there on my big birthday.

Gary asked me to sing a little Mozart in the Jungle.


Lunch: Back at Beth’s house we were hot, tired and thirsty. Beth suggested we nourish ourselves and go out on the farm tour before we cleaned up and showered. We began with Papaya. 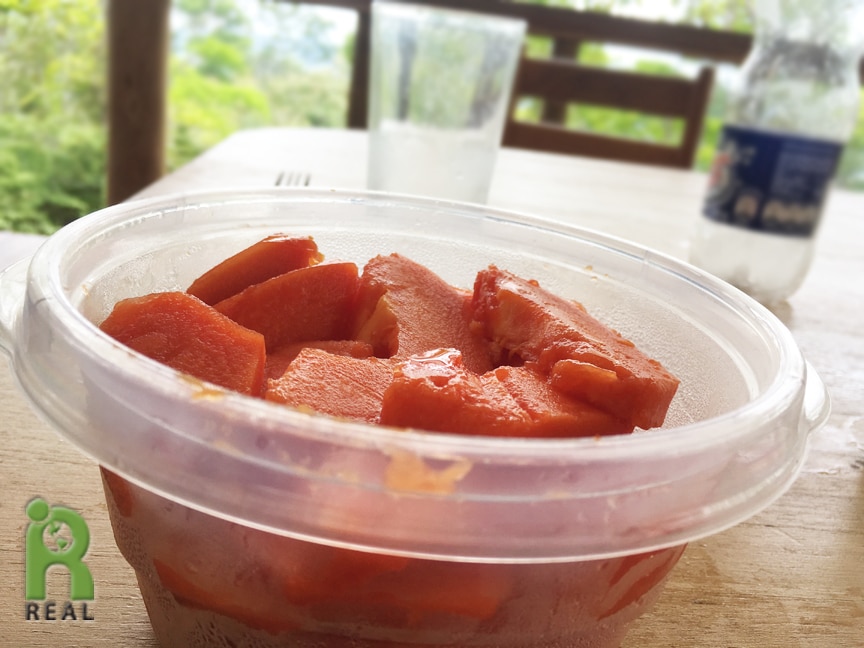 I made a gorgeous meal from food I had already prepared: Brown Rice, Lentil Stew, Garbanzo Bean, Avocado, Walnuts, Tomatoes and Red Onion, topped with a thick and creamy Tahini dressing with Lime Juice. 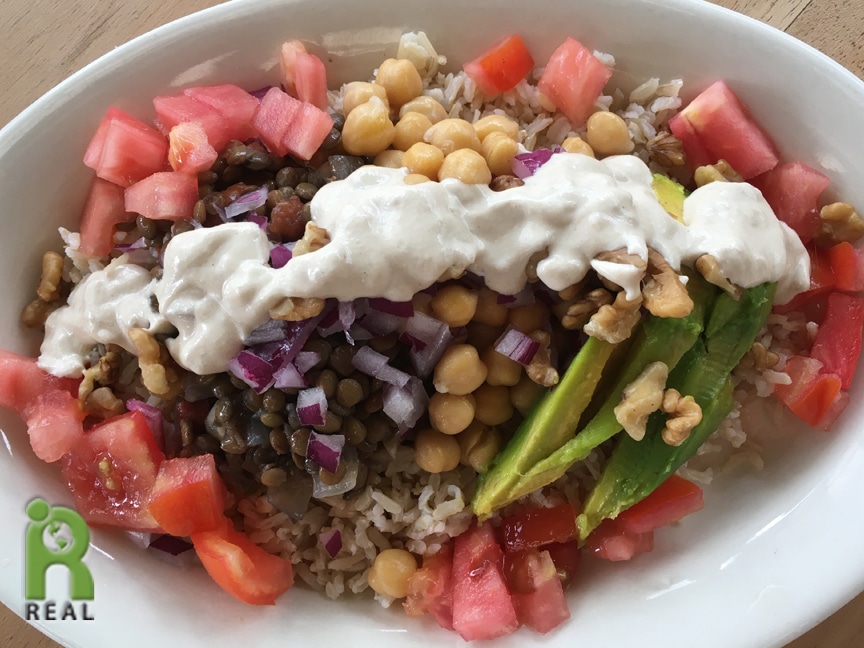 We had a bought a Chocolate Bar a few days ago with Soy and Quinoa and I was ready to break into it. It’s my birthday! 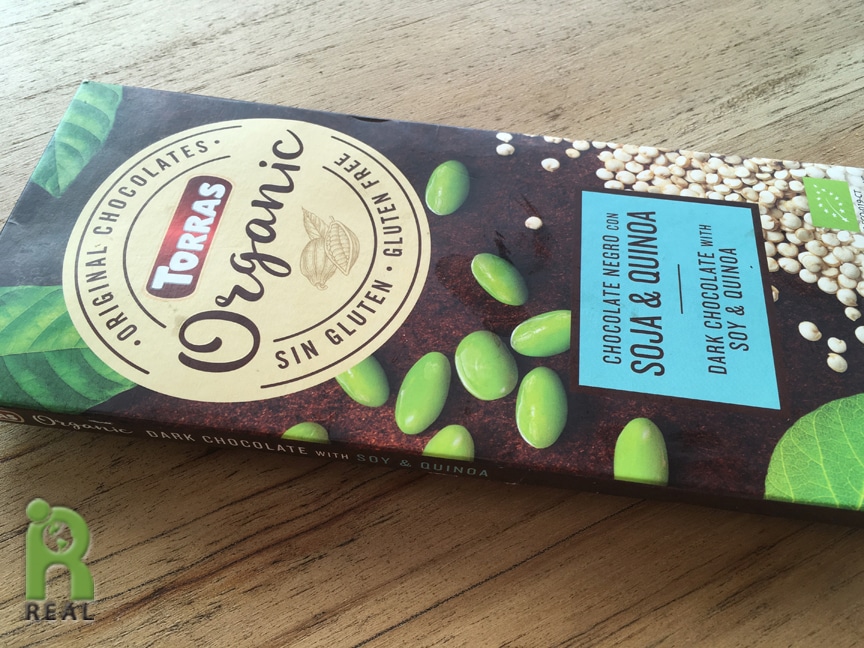 We got a tour of the farm, including the Garden where all the veggies are growing. I’ve seen it before and it’s still amazing to see with all the Kale, Collard, Broccoli and Cabbage plants thriving. I picked a big bag of kale.

Snack: Later we walked over to see the boys’ houses and their dad Steve’s house. Steve is a systems guy and he had many things to show us that he had designed and built, including an outdoor oven and his garden. We had a quick snack of Bananas from the Banana hut. 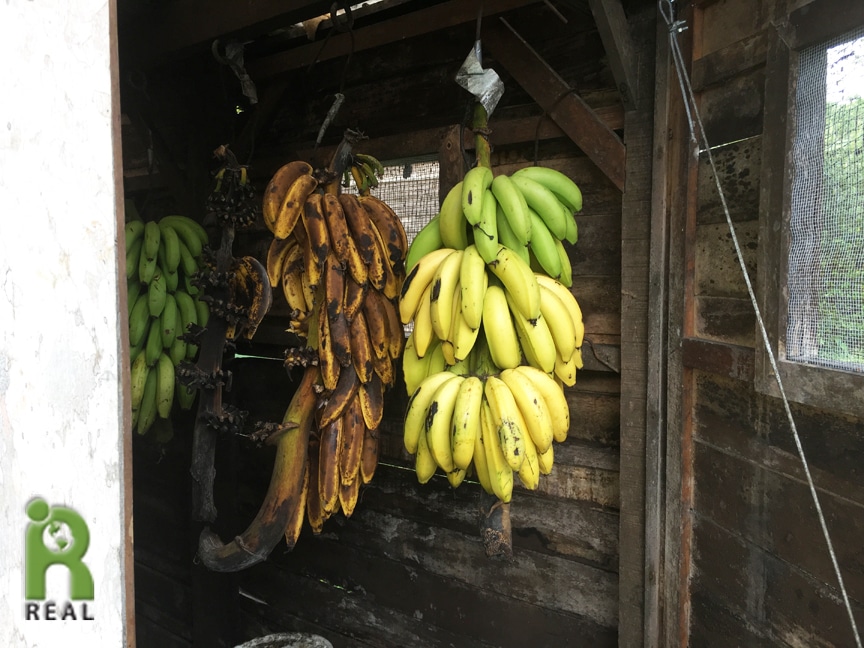 Dinner: I made a giant Kale Salad with the Kale and Rosemary I picked from Beth’s garden and added the remaining Sweet Potatoes to it. 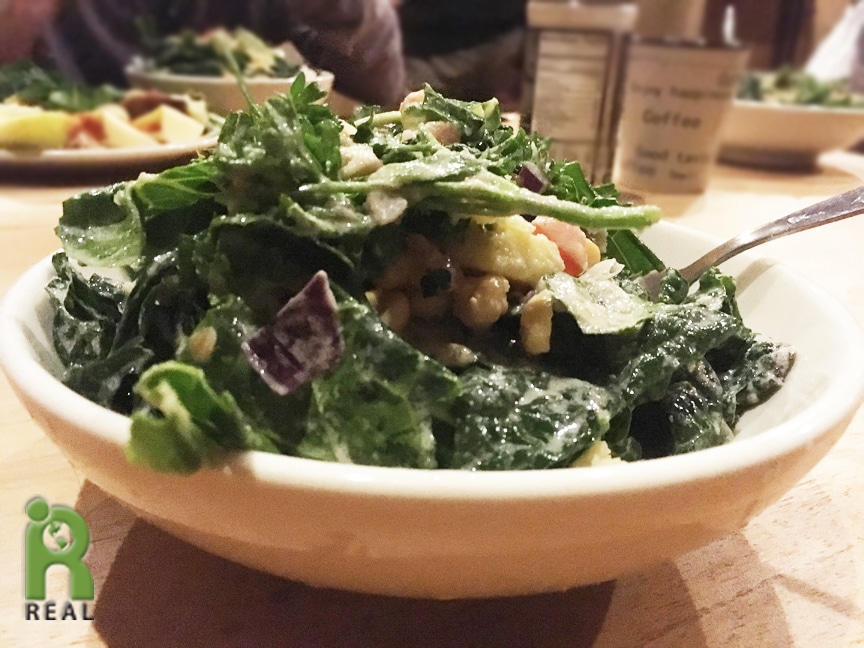 Evening: I was touched when Beth said she wanted to make me a birthday cake. She took square-like bananas that she called Cuadrado (Burro Bananas) and said you didn’t need flour when baking with them. Gary helped her while I read my birthday messages on Facebook. We played more Mexican Train Dominoes as the cake baked. When it was done, Gary and Beth presented the cake, complete with candles.


The cake was served with the Vegan Ice Cream we had purchased yesterday. It was a perfect birthday! 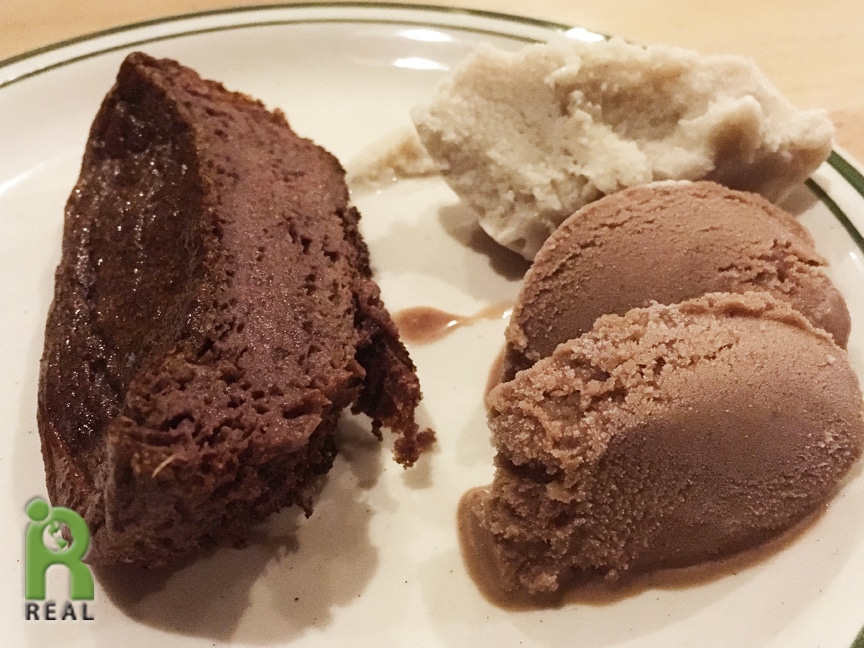