Breakfast: We slept in a house in San Isidro last night. It’s warm here and all the windows are open. They have no screens. Life of all kinds come in and out here including mosquitoes, moths and lizards. We slept with a sheet covering our heads to keep out the mosquitoes. When we got up in the morning I remembered Spencer saying last night that he had made Rice Pudding and it was vegan. I tried a little in the morning. It was made with Coconut Milk and it was good. 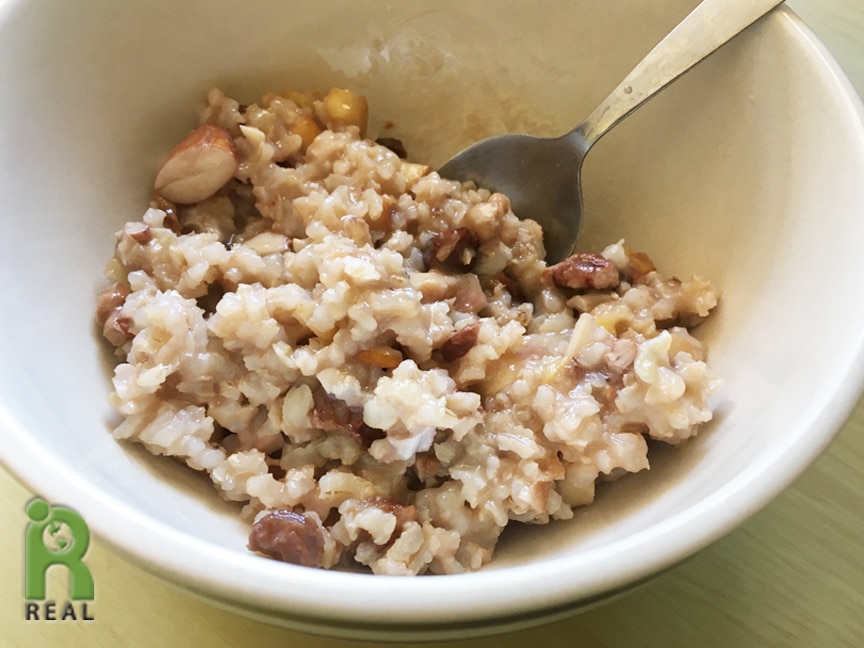 A little while later I was ready for more. I had brought a bunch of food with us when we were staying in Playa Hermosa. I put together this Brunch Bowl with Sweet Potatoes, Brown Rice, Garbanzo Beans on a bed of lettuce. The special ingredient was Pejibaye that I sliced up along with the Sweet Potatoes. Pejibaye is a food I look forward to having whenever in Costa Rica. We bought some in the super market. They are sold cooked, floating in a bath of salt water. It is the fruit Peach Palm. 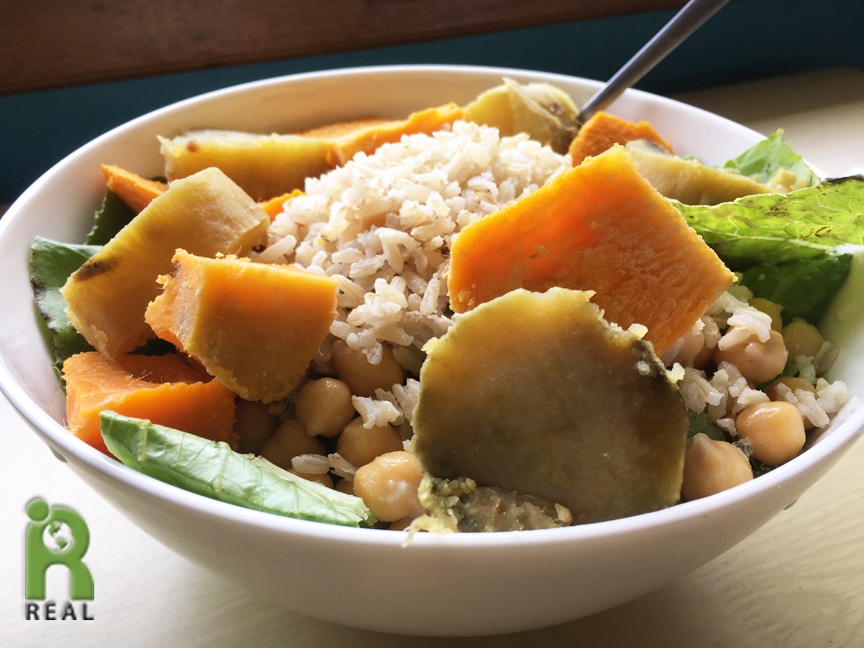 Snack: We were not staying long. After playing more music with Spencer with me and Gary and Buddy singing we left to visit Beth’s farm. We’ll be staying there a couple of nights. Before driving out to Beth’s farm, our next destination, we stopped at a grocery store and picked up more Fruit, Rice Cakes, Raisins and Vegan Ice Cream (my birthday is tomorrow). When we settled in at her farm house, I sliced up another one for a snack. 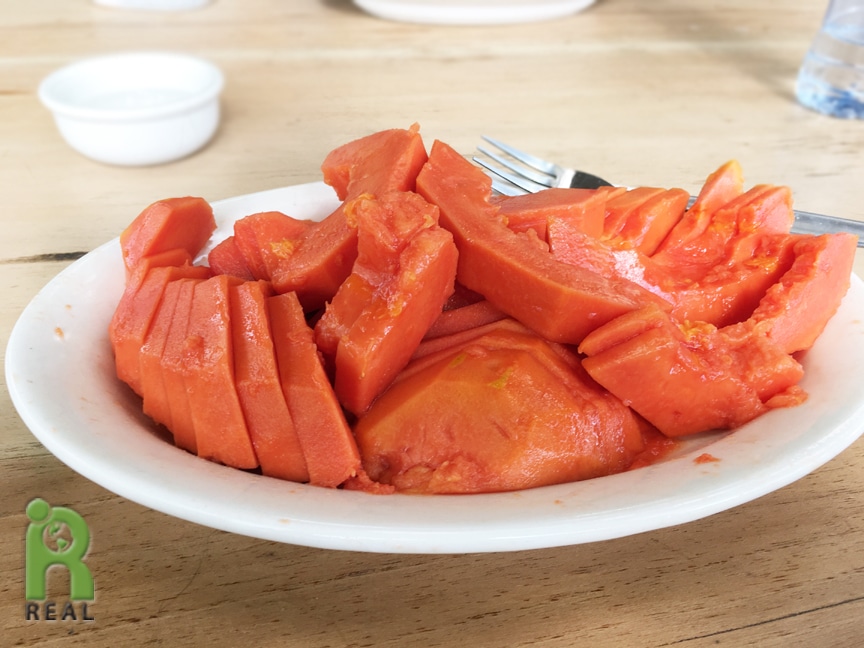 We saw a Pasote, a small animal that Beth never saw so near her house before. 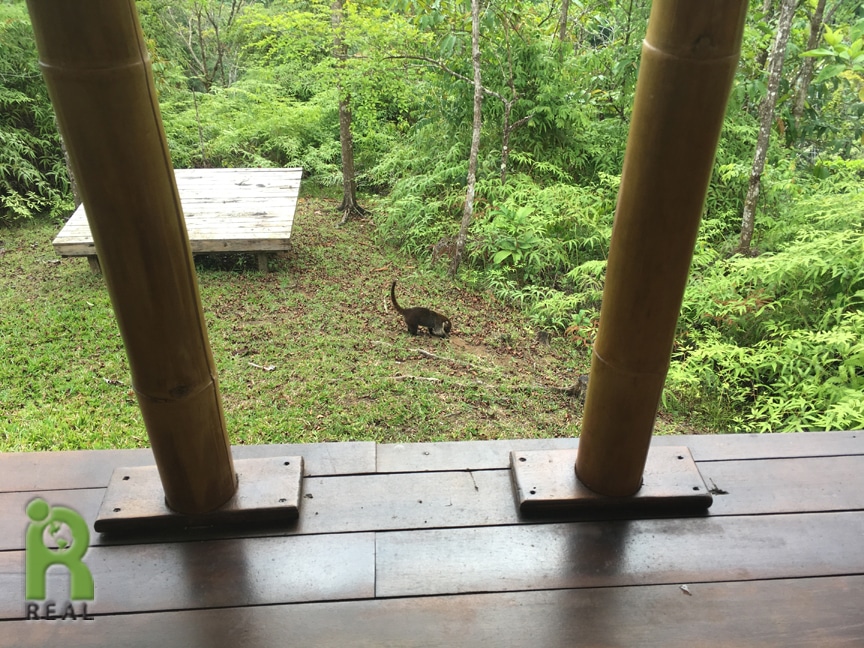 Dinner: The sun sets early. We settled “in” for some food and a game of Mexican Train Dominoes. The kitchen/living room area is open to the outside and there were jewel beetles and bats flying around as we ate and played. We finished the Chips and opened the bag of mini Rice Cakes and ate them with some Guacamole I made. 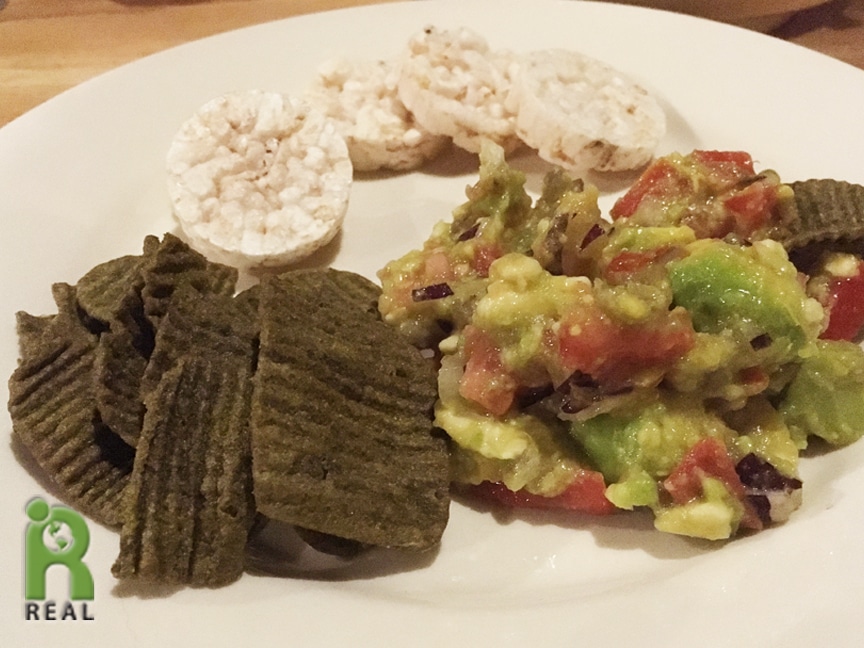 The second course consisted of leftovers – Pejibaye and Sweet Potatoes. We got to sleep early. Tomorrow is planned to be an adventurous day. 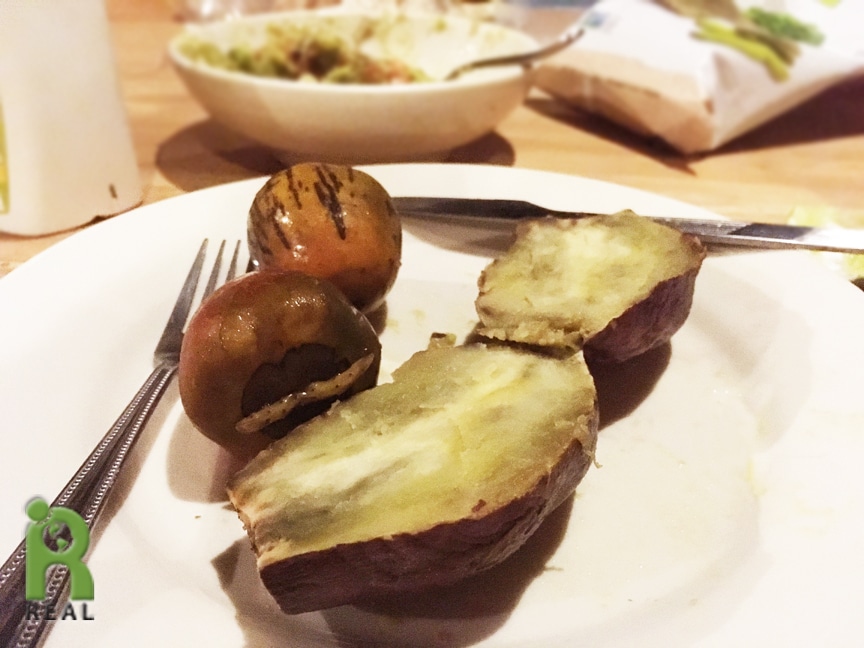