Breakfast: It’s Day 5 of The Food Revolution Summit and I got up and was ready to roll. I knew there would be plenty of questions regarding nutrition with three medical doctors being interviewed to talk about heart disease, brain and gut health and dairy. I was ready. Gary made Oatmeal with Blueberries, Flax Seeds and Coconut and I ate my big bowl at my cluttered desk. 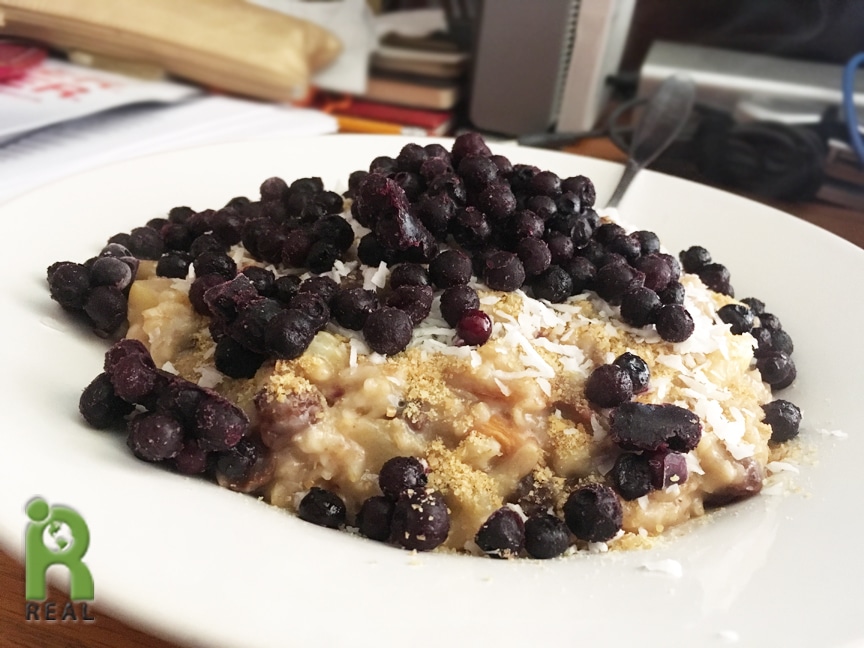 Dinner: We had plans to meet friends for dinner so we skipped lunch. We were the only vegans in the bunch and I took the opportunity to suggest a few places in the area we were going to meet where I thought we might be able to find something compatible. Mémé Mediterranean was chosen. It was a small and noisy restaurant. There were nine of us crowded around a table made for about six! When we arrived the menu didn’t look as vegan-friendly as I had remembered it to be when I looked online but one of the servers assured me there were numerous options. She told us the last manager there had been vegan and trained staff apccordingly. I ordered the Mémé Chopped Salad without the feta. It had
Crisp Vegetables, Romaine, Chickpeas, Zahtar, Pita, Olive Oil and Lemon. 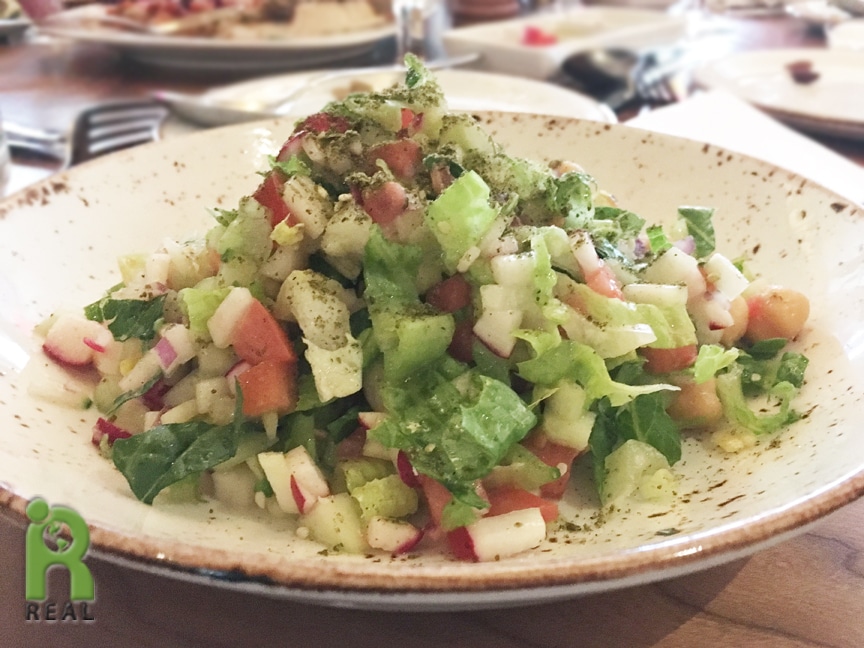 There was a selection of Tapas and I ordered from it, choosing the Sautéed Wild Mushrooms with Garlic and Ginger over Spinach. It was very good. 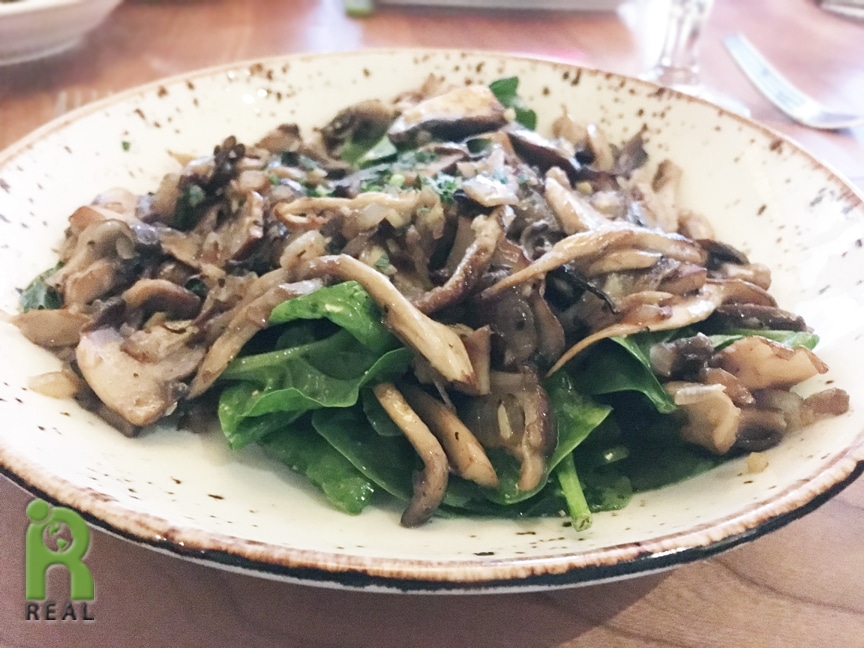 Gary chose the classic Hummus with Falafel, Tahini and Pita. He was not as happy with his meal as I was. 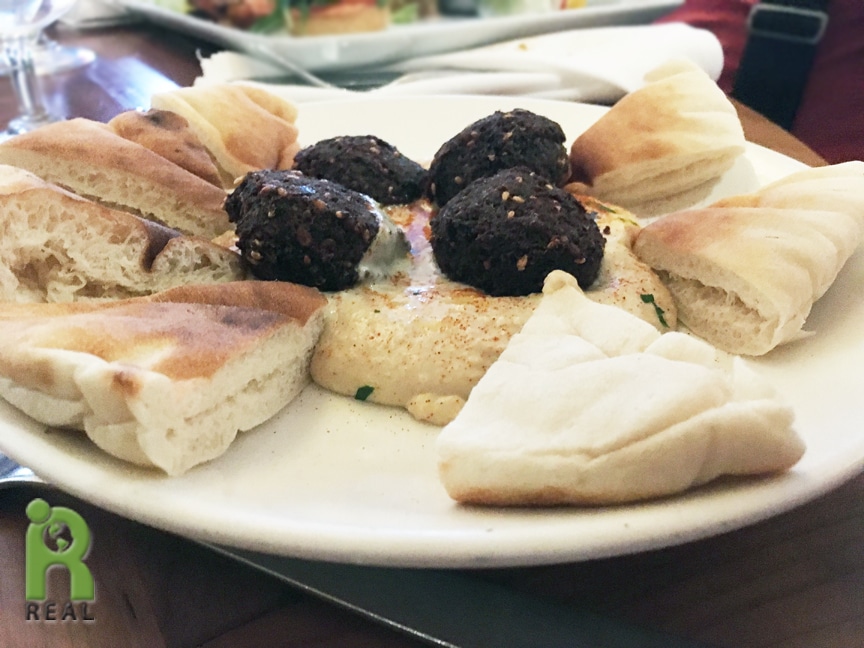 Evening: There had been a lot of meat and seafood around us, on the plates and in the conversations. When we left I suggested that we head over to Beyond Sushi for some dessert. I wanted to end our evening out in a place we felt welcome and Beyond Sushi is one of those sanctuaries. I ordered the Black Tahini Ice Cream with Plum Sauce that I had no room for yesterday. The color of the ice cream was odd, a rich dark green but the flavor and texture were extraordinary. It also came with a delicious brownie made with Sweet Potatoes, which I’ve had here at Beyond Sushi before. Gary ordered a Cucumber Mint Lemonade. I insisted he share the ice cream and brownie with me. It was so good, I knew he would love it. We both did. 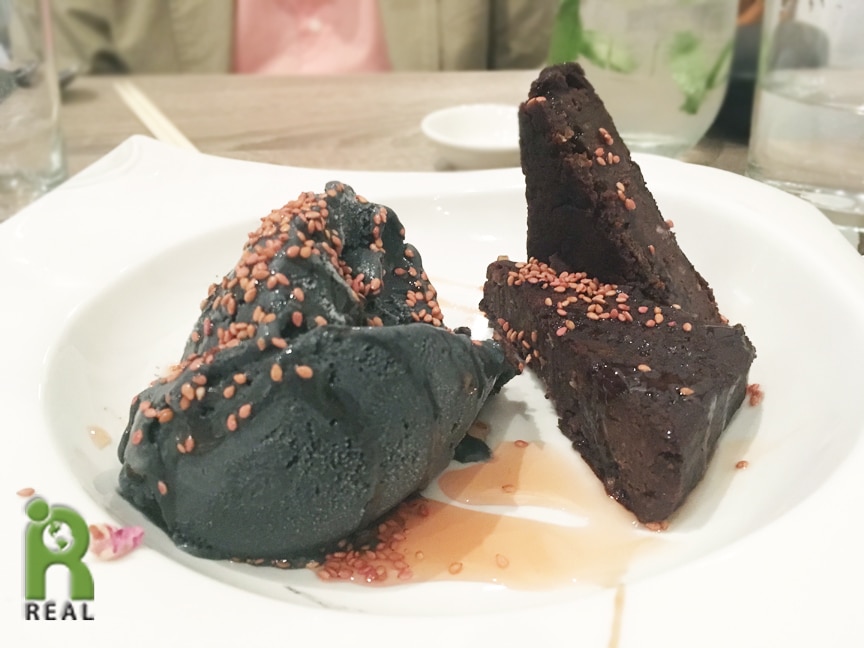