Breakfast: This morning I was treated to a cup of Yerba Maté and an expertly peeled and sliced Orange. Gary continues to surprise me with his skills. 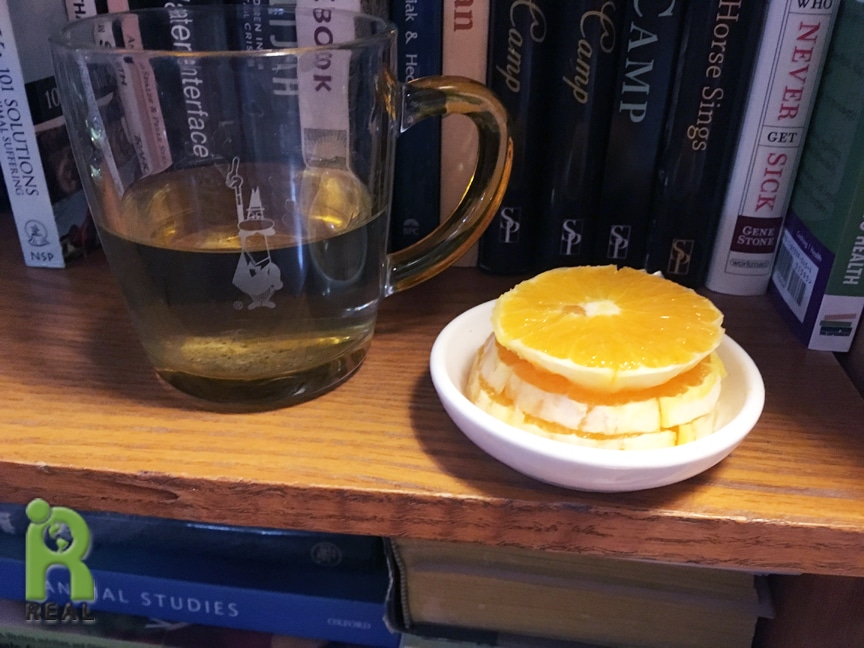 Lunch: As I worked with the Food Revolution Network team during Day 4 of the 7th Annual Summit, Gary asked me what I would like for lunch. Leftovers please! Especially with the yummy Cashew Cheese Sauce. I ate at my desk while I worked, a big pile of Millet and Black Bean Vegetable Stew that I smothered in sauce. 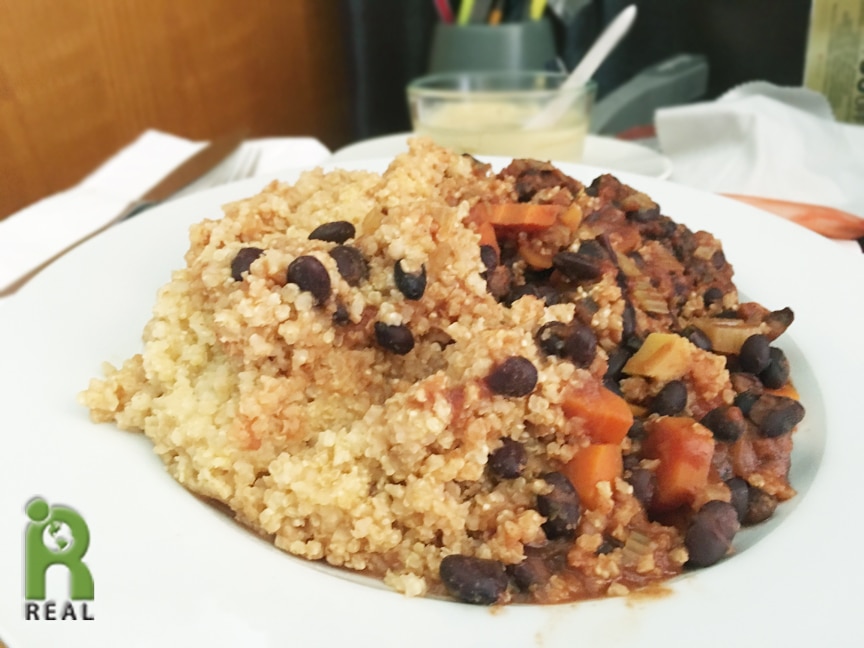 After the Summit, Gary and I head into Manhattan. We had tickets to see the play The Iceman Cometh with Denzel Washington on Broadway at 7pm and I was recording my show, It’s All About Food in the studio at 4pm. I was excited about both events. My guests on the show were Ian Theasby and Henry Firth of Bosh.TV and they were visiting New York from London for the launch of their new cookbook. The interview was delightful! Listen to the audio or watch the video!. 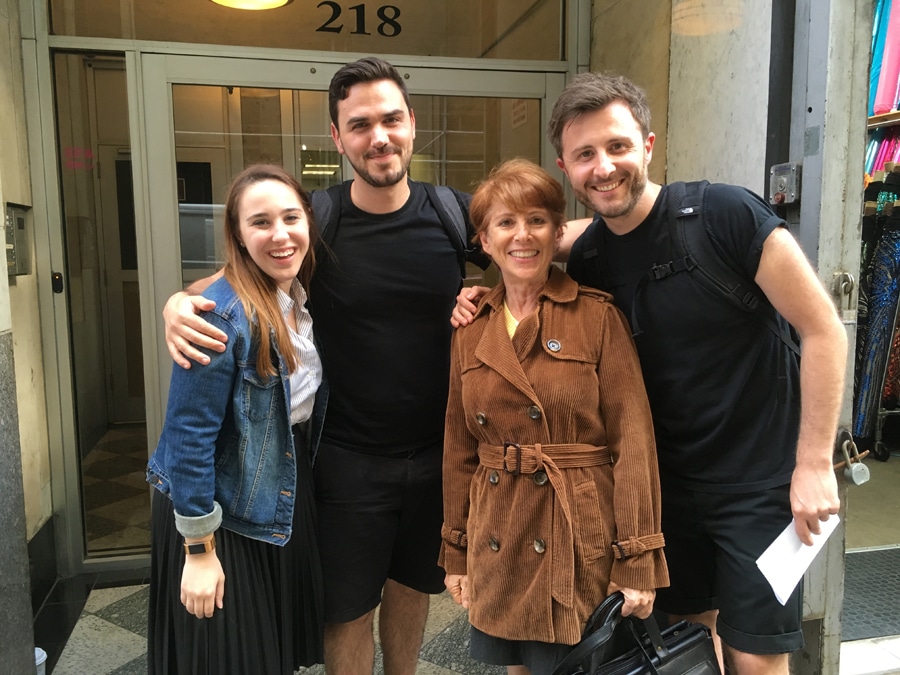 Dinner: We had an early dinner at Beyond Sushi. It was happy hour! I ordered a Sake and Gary had a beer. 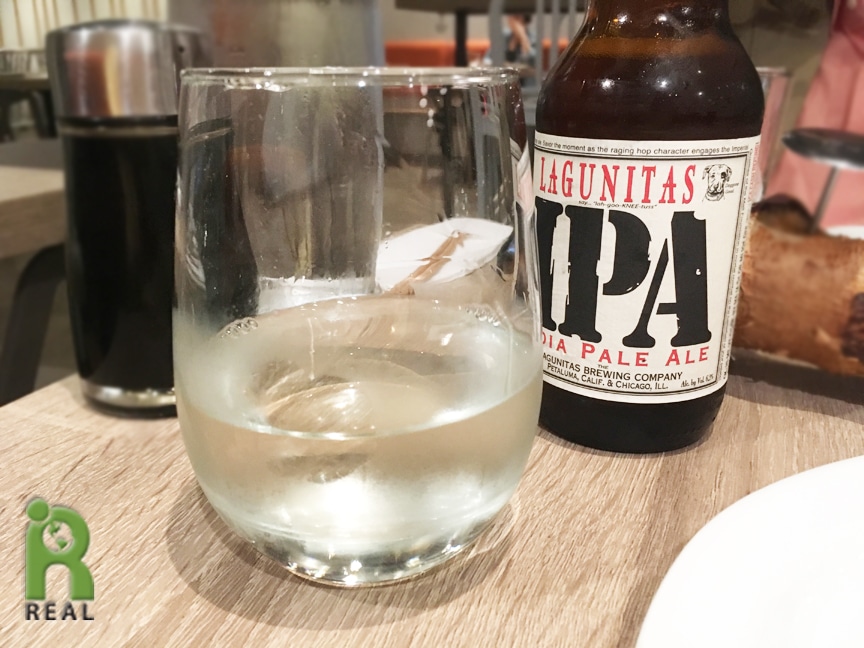 After ordering we were served an amuse bouche, little bites that pleased the palate. They consisted of an almond meal cracker, with a piece of fleshy, seasoned guava and topped with some kind of plant-based cream. It was innovative and delicious. 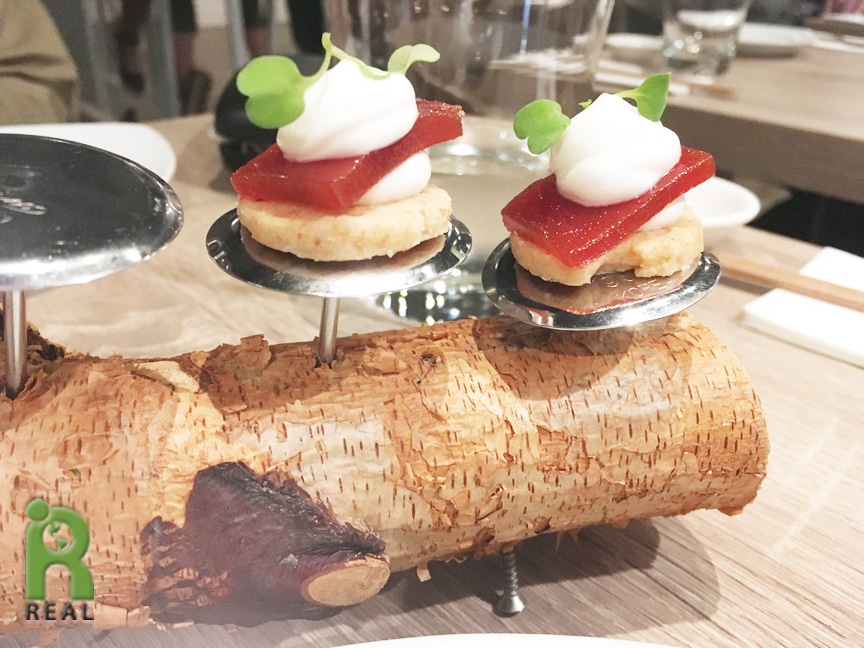 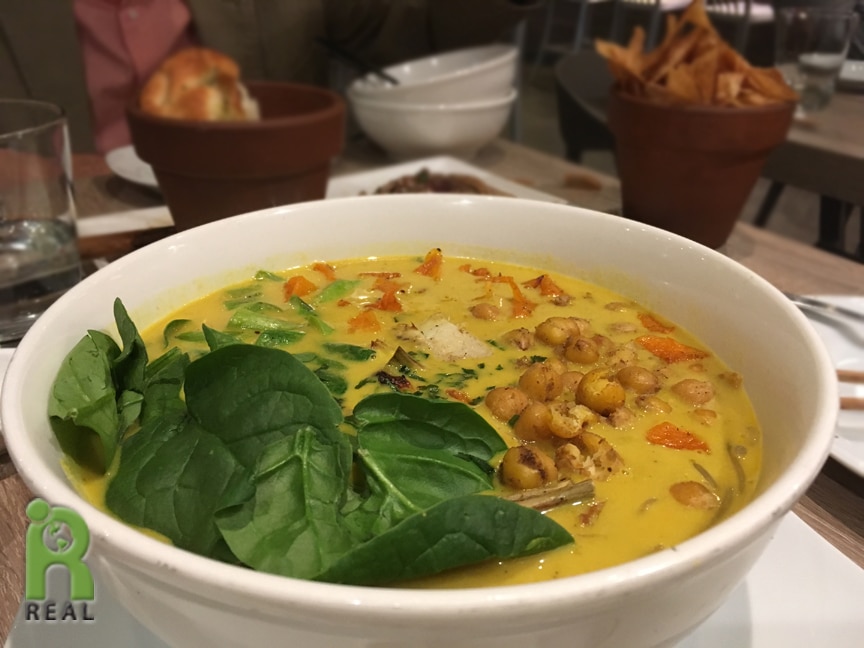 Gary chose one of the creative and gorgeous Sushi selections. And with our eyes bigger than our bellies we ordered a third plate to share: The Fava Bean Dip with Tahini, Cumin, Lemon, Dehydrated Moroccan Olives and Rosemary Garlic Planter Bread. I love Fava Beans and when I see them on a menu, which is rare, I have to have them. This dip was very similar to Hummus, made with Garbanzo Beans. What we didn’t pay attention to was that it was served with bread. And not just any bread, Planter Bread. What’s Planter Bread? It’s bread baked in a small plant pot! It looked gorgeous, but I am not eating wheat so I abstained. Gary tried a little and took the rest home for some time in the future perhaps. We asked for a side of Taro Root Chips so I had something to eat the Fava Bean Dip with. 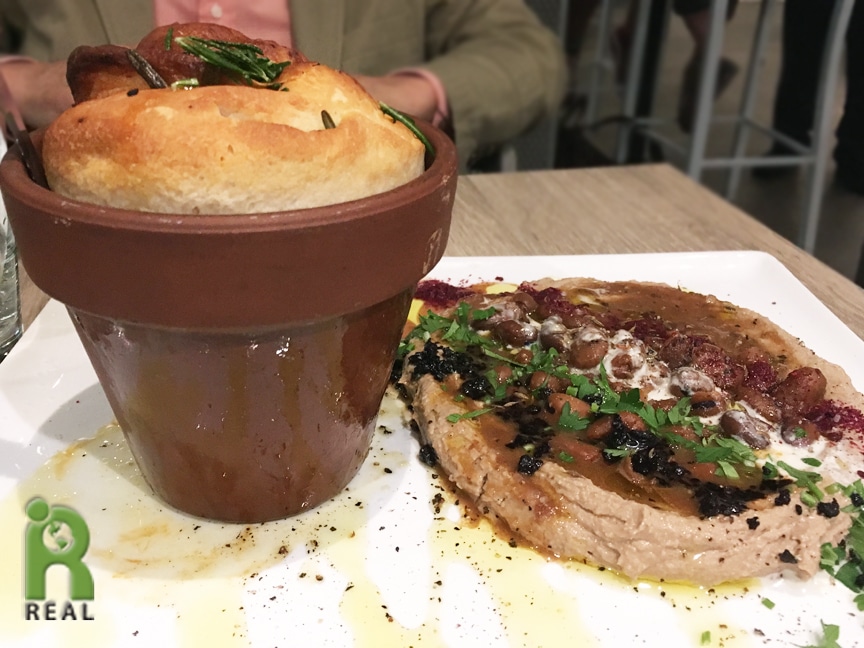 I really wanted to try one of the desserts, the Black Tahini Ice Cream with a Plum Wine Syrup but there was no room in our little bellies. We will have to come back.

After our Happy Hour at Beyond Sushi we were off to the theater. And what did you think of the play, Ms. Hartglass? Gary and I love going to the theater but are often disappointed. This review entitled Eugene O’Neill’s Unhappy Hour by Hilton Als describes pretty closely how we felt about it.