Lunch: We’ve been home for 5 days and the adjustment is slow. I was meeting a friend from my college days for lunch. We hadn’t seen each other in about 40 years! I suggested meeting at Candle Cafe West. I started with the Spicy Cilantro Green Juice with Cilantro, Jalapeno, Kale, Carrot and Lemon.It’s a fun drink. 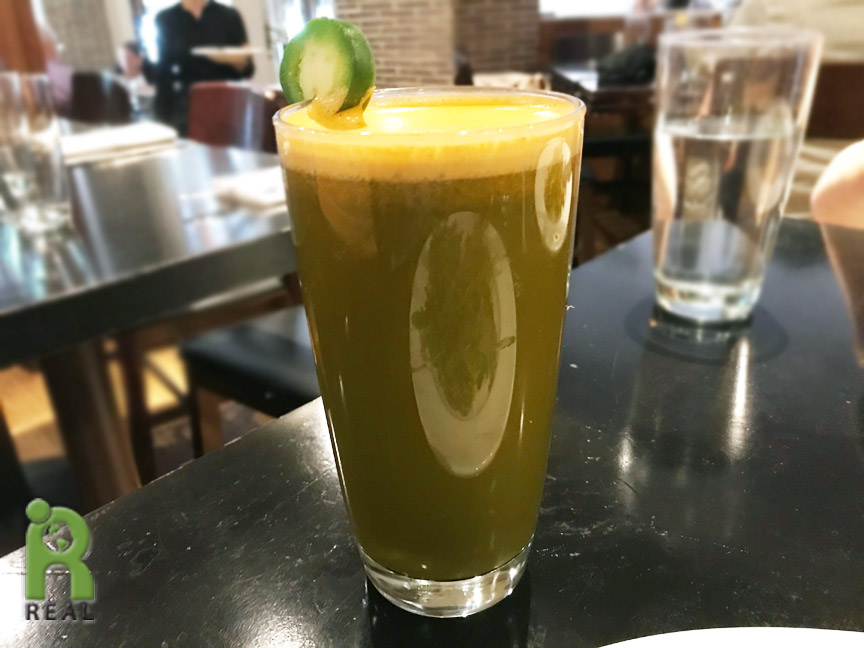 Gwyn is not vegan or vegetarian but she was open to trying something new. I suggested she get one of the salads. She ordered the Avocado Quinoa Salad with Black Beans, Zucchini, Corn, Cucumber, Zucchini, Radish, Quinoa, Grape Tomatoes, Pumpkin Seeds, Field Greens and Chipotle Dressing. She had never tried quinoa before so I thought this would be a gorgeous and tasty introduction to the ancient pseudograin. 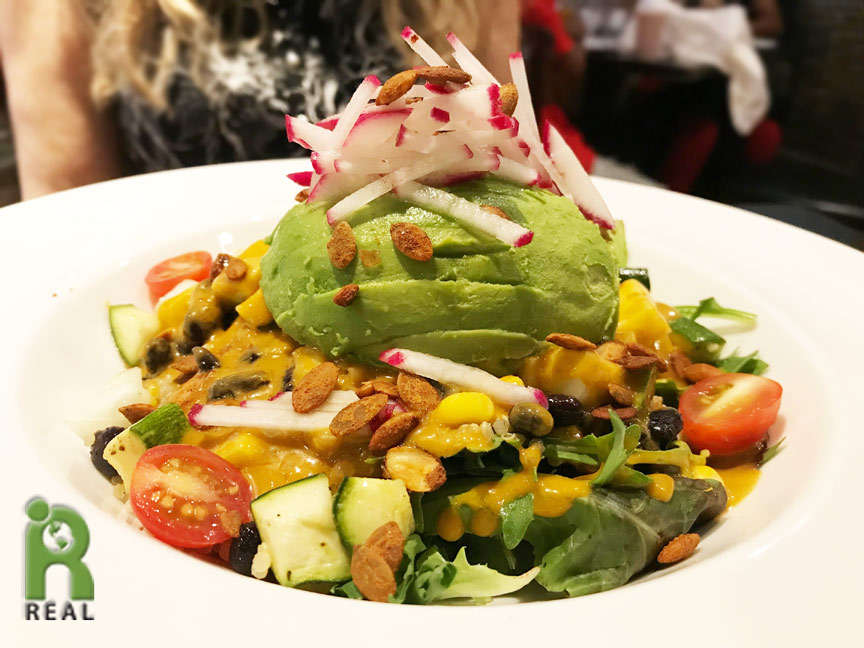 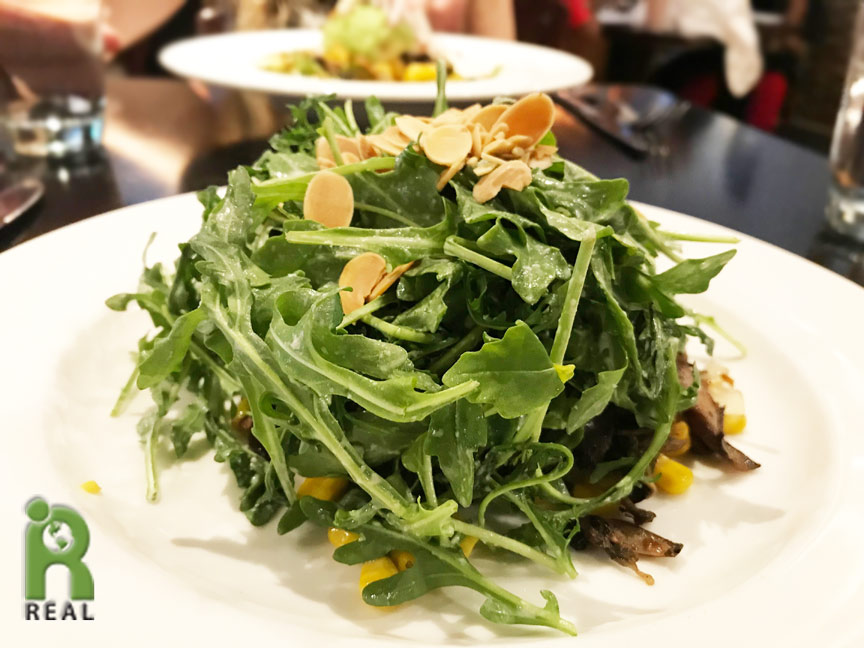 Yep, we splurged and shared a dessert. Gwyn likes cherries so we chose the Live Cherry Pie with Cashew-Vanilla Cream and Coconut Ice Cream. 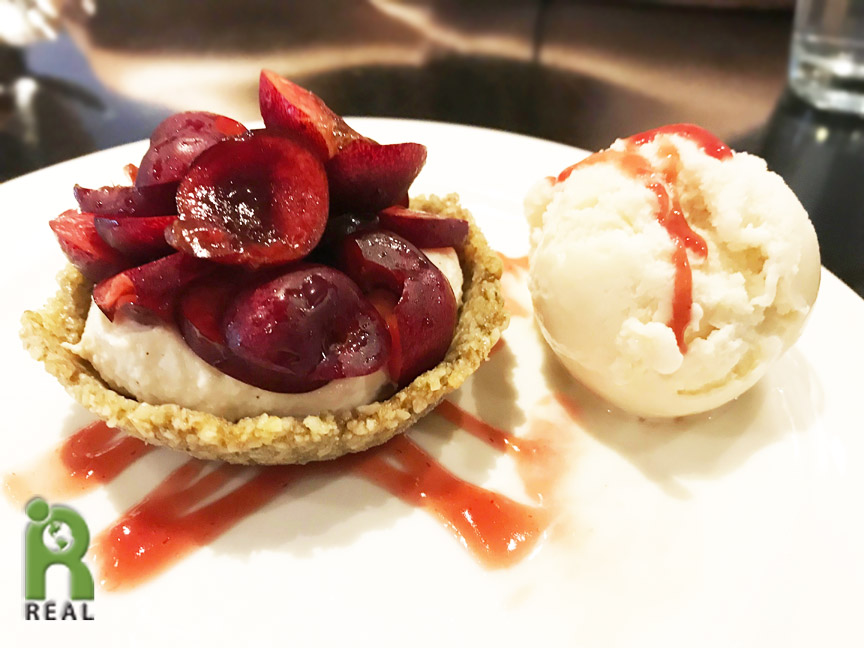 Dinner: Gary had been in a rehearsal for the new play he is opening in this week. He was super hungry. We went to Westerly Market first to buy Beans, Beans and nothing but Beans. Acually, we bought 5 kinds of dried legumes in the bulk bins along with Cashews, Brazil Nuts, Sunflower and Pumpkin Seeds. Then we went over to Beyond Sushi. Gary ordered some Miso Soup and one of their Sushi Rolls. 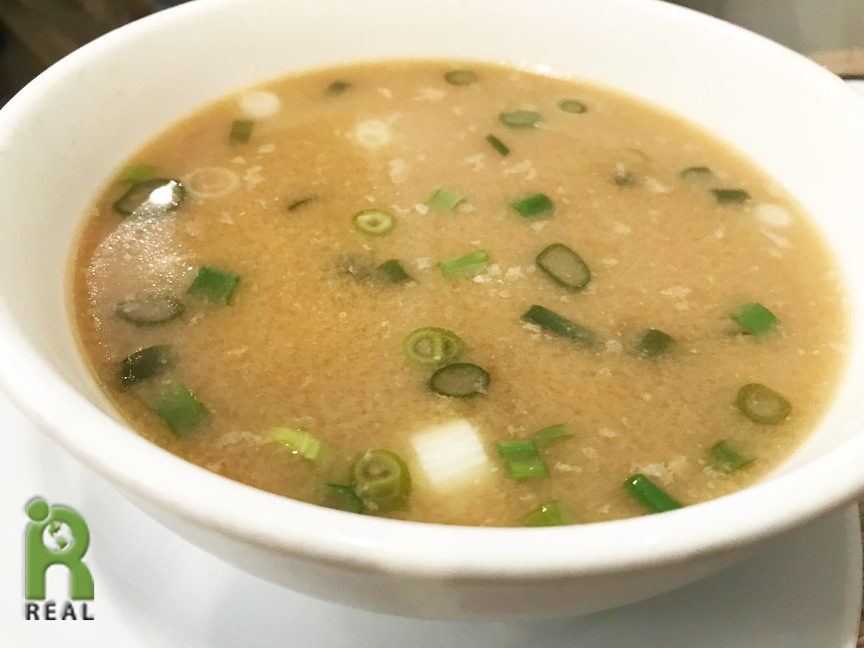 I had the summer special salad. It had a TriColor Quinoa, Jackfruit, Mango, Marinated Red Cabbage and Avocado on a bed of Greens. The Jackfruit was exciting. I have had it before only in flaky pieces. These were firm and chewy chunks like a fish steak. My imagination went wild thinking of all the dishes I could make with it. 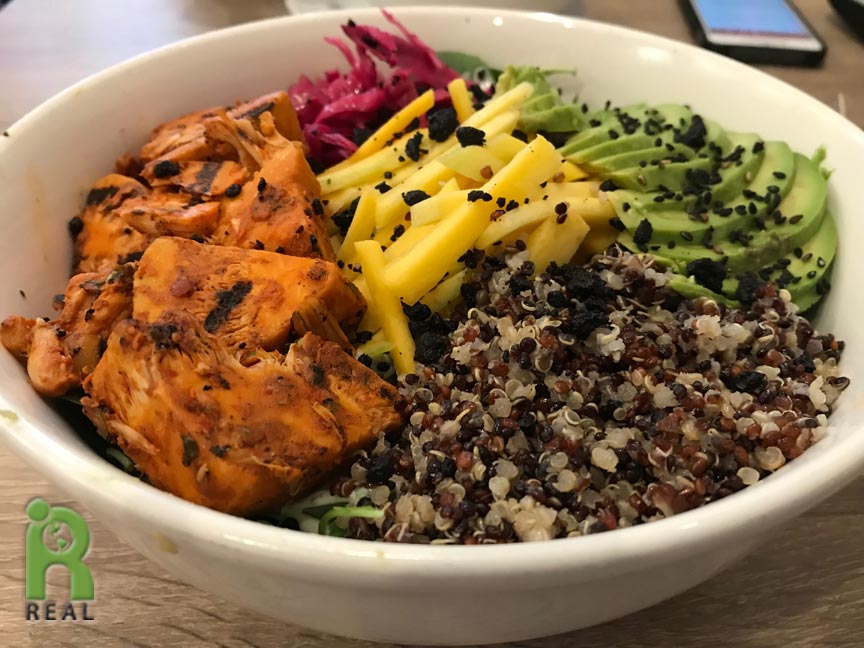 The service and food are always awesome at the West 56th Street location. Our server treated us to a dessert, the Coffee & Chocolate Coconut Oat Rounds. We shared it on the subway ride home. Delicious! 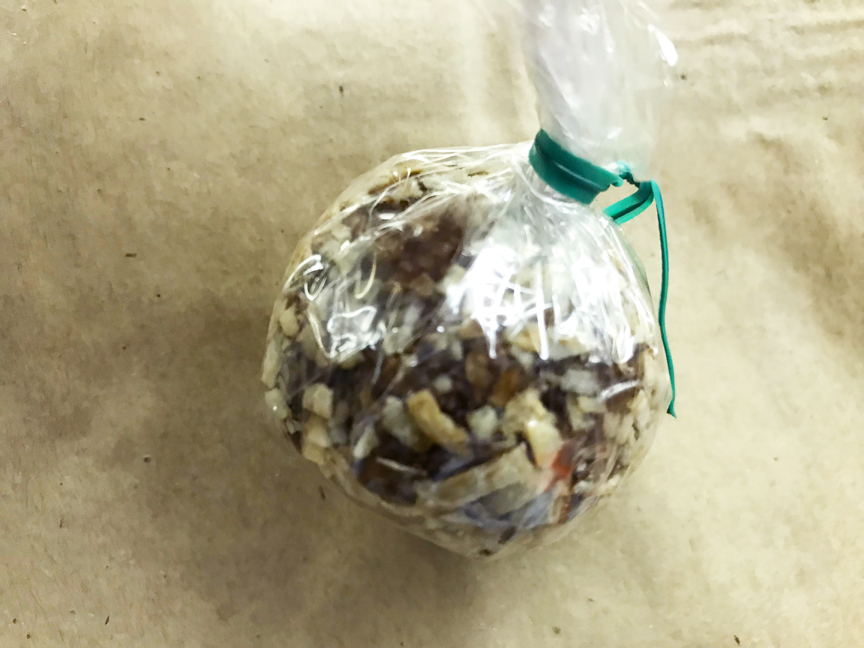