Breakfast: Staying in a pool house this month we don’t have a pantry or refrigerator filled with food and we were enjoying the gorgeous setting too much to leave for the store so our oatmeal breakfast this morning was lean and mean, with no fancy fruits, just a humble organic apple paired with sunflower seeds and soy milk. Life’s rough. 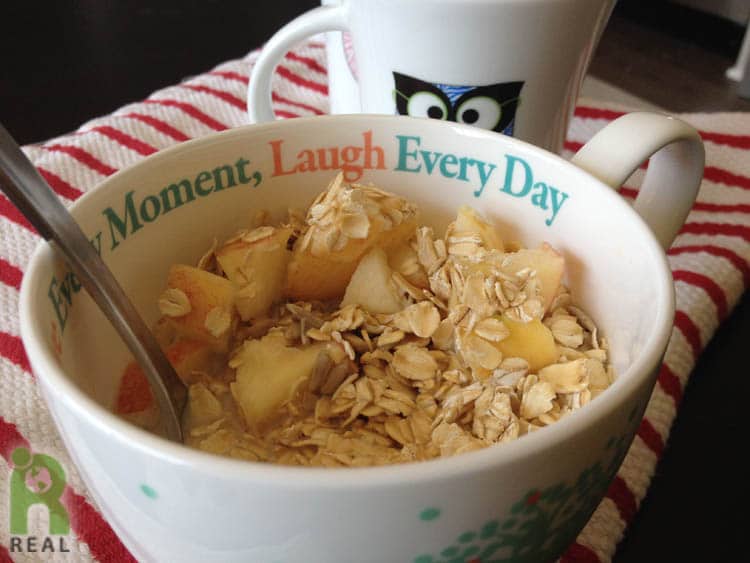 Lunch: After trying another path on the Los Gatos Creek Trail with my long time friend Susan, I brought her over to Andalé for lunch. This time I had the simple green salad called, The Ensalata, and Susan tried the tofu tacos. The Ensalata had Jicama, which I haven’t had in awhile; it’s sweet, crunchy and juicy! 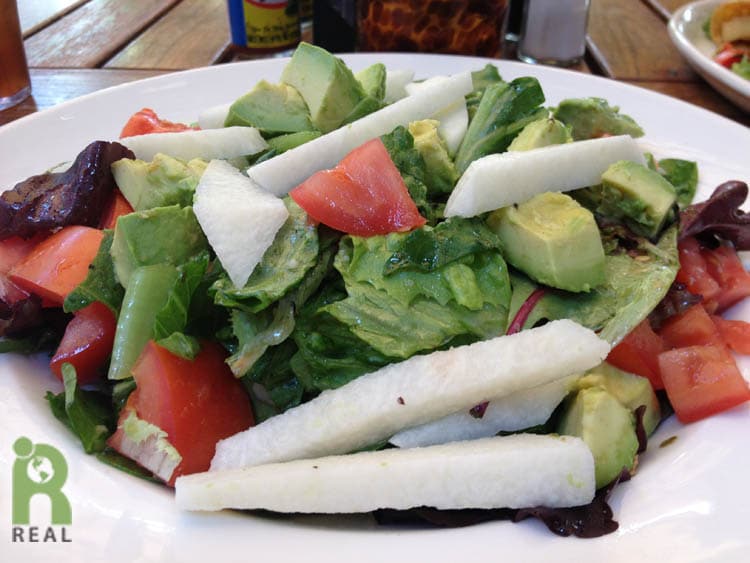 I’m not sure how it happened but Susan got the fried taco shells instead of the soft version. I didn’t even know that was an option. She enjoyed them. 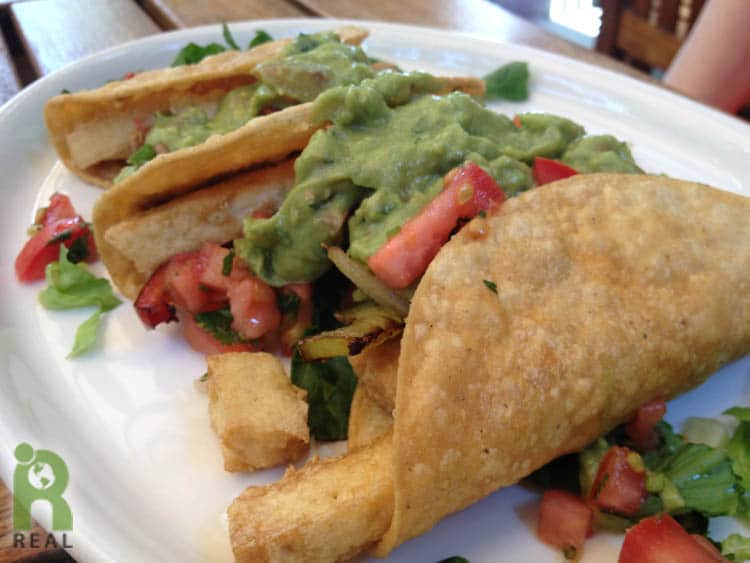 Dinner: It was Gary’s dad’s 90th birthday. There was a big party planned for Sunday but we celebrated on the actual day with the family at Aldo’s in Los Gatos. It’s an Italian restaurant. Now I don’t eat pasta very often, especially not refined white wheat flour pasta. There are a few items on them menu that can be vegan but it’s limited if you avoid pasta. I ordered the Radicchio Arugula salad which was simply delicious. I should have ordered 3 of them! 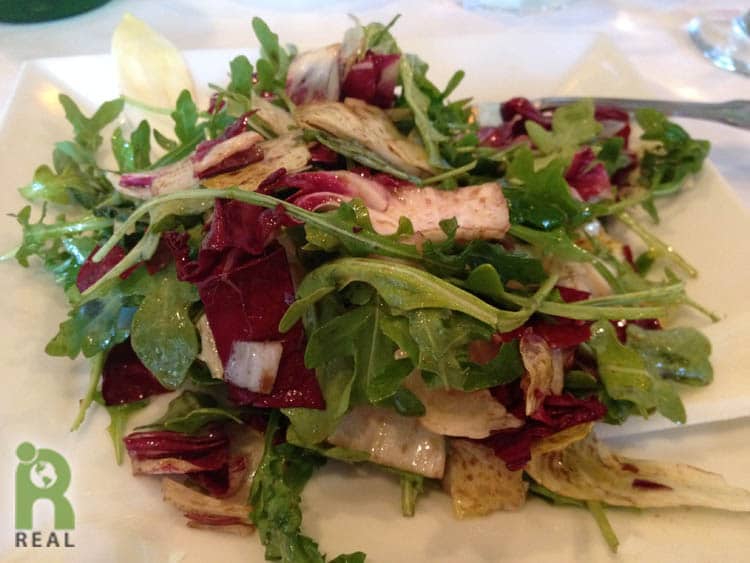 There is a Timballo de Rigatoni dish on the menu which consists of wide tube pasta with eggplant, peas and mushrooms, in a tomato sauce. I thought I would get it without the pasta and discussed this with the waiter, adding that I could have other vegetables in the mix. I should have been much more specific. Another lesson learned. I got a large bowl with a side portion of broccoli an carrots in a tomato sauce. It was tasty but not enough; and where were the eggplant, mushrooms and peas? I knew I could have ordered more but it wasn’t necessary. Gary and his nephew Josh were concerned and wanted me to get something else but I resisted. Josh and Gary had both ordered the Timballo de Rigatoni dish. Josh ate all his pasta and had a lot of the vegetables left over. He gave them to me and I enjoyed them. Happy Ending. 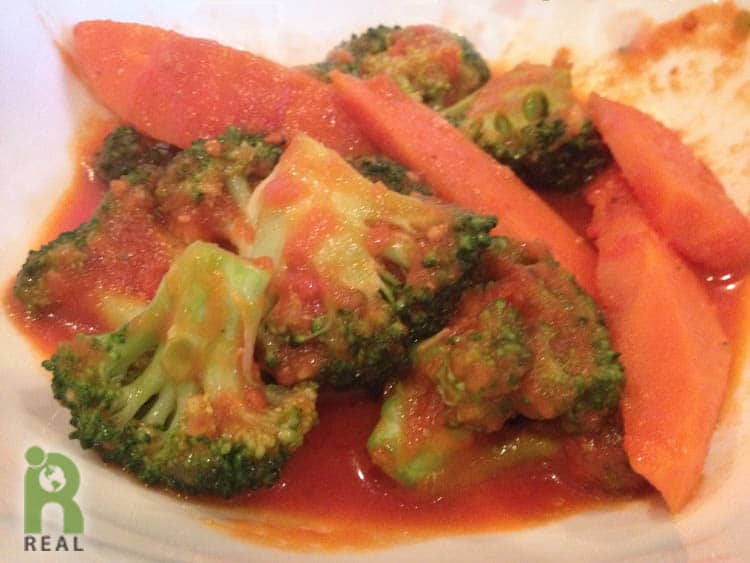 Evening: When we got back to the house Gary and I were both tempted again with Soy Creamy Ice Cream, both flavors, vanilla and black cherry. 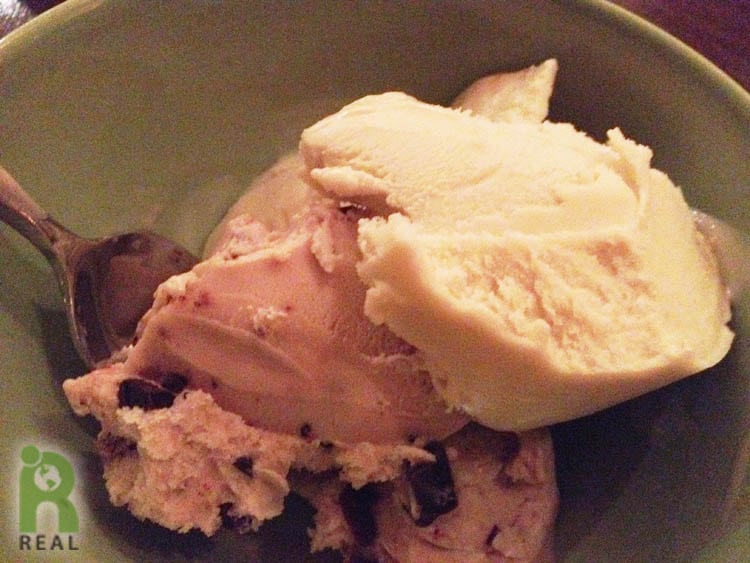