First Meal: I am back to working on my book. It’s been years and I think I am in the home stretch. I was up late working and unfortunately could not sleep after 8am this morning to get my needed 8 hours of sleep. I got started on a few of the items on my everyday “to-do” list. First there was shredding. There is a mountain of paperwork to shred from my father’s files. He passed over a year ago and I am slowly making my way cleaning up his old office. Then there are my Spanish lessons on Duolingo. Do you Duolingo? I love it. Then I had to move the car since it was parked on the side that had street cleaning today; at least that’s what the signs say. It was an excited beginning of the day. I celebrated by toasting in the oven the last of the Steel Cut Oats and Millet Waffles that had been in the freezer. I also roasted some Bananas and Cherries in the oven at the same time. Fruit is quite delicious this way, better than syrup for a waffle topping. I made a pot of Maté to go with it. 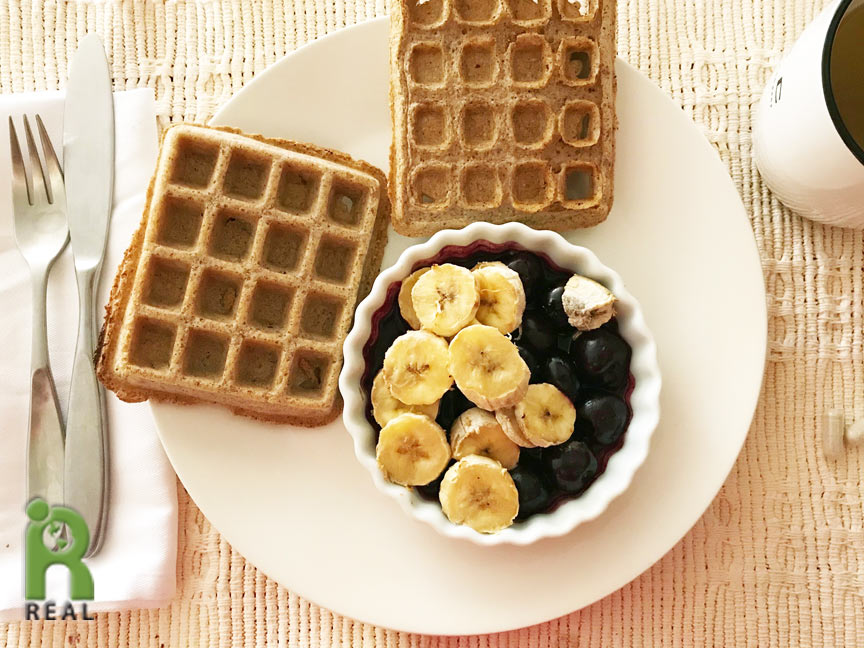 Second Meal: It’s my third day of the Euphebe Plan. My menu directed me to select the Pizza Pocket. I unwrapped it and took it out of the foil and heated it up on a baking sheet in the oven. This Sprouted Whole Wheat Tortilla made with organic ingredients (Sprouted Wheat, Sesame Seeds, Sprouted Soybeans, Sprouted Barley, Sprouted Millet, Sprouted Lentils, Sprouted Spelt, and Sea Salt) was stuffed with Tomato Sauce, Cremini Mushrooms, Tempeh, Red Onion, Zucchini, Yellow Bell Pepper, Red Bell Pepper, White Balsamic Vinegar, Tamari, Olive Oil, Garlic, Smoked Paprika, Oregano, Basil, Sea Salt, Thyme and Black Pepper. I served it with a quick salad of Baby Greens, Blueberries, Walnuts, ground Flax Seeds and Balsamic Vinegar. The Pizza Pocket was full of flavor and it filled me up. 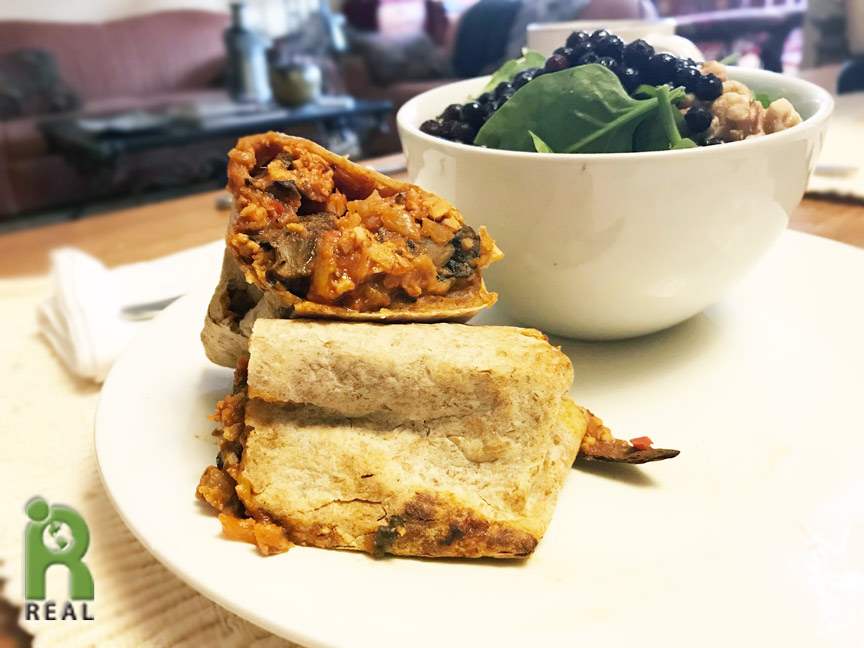 Third Meal: For dinner, Butternut Squash Risotto was on the menu made with Vegetable Broth, Farro, Butternut Squash, Onions, White Wine, Cashew Cream, White Beans, Garlic, Nutritional Yeast, Olive Oil, Sage, and Sea Salt. I heat it in a saucepan and followed the instructions, garnishing it with Spicy Pumpkin Seeds. It’s another winner. 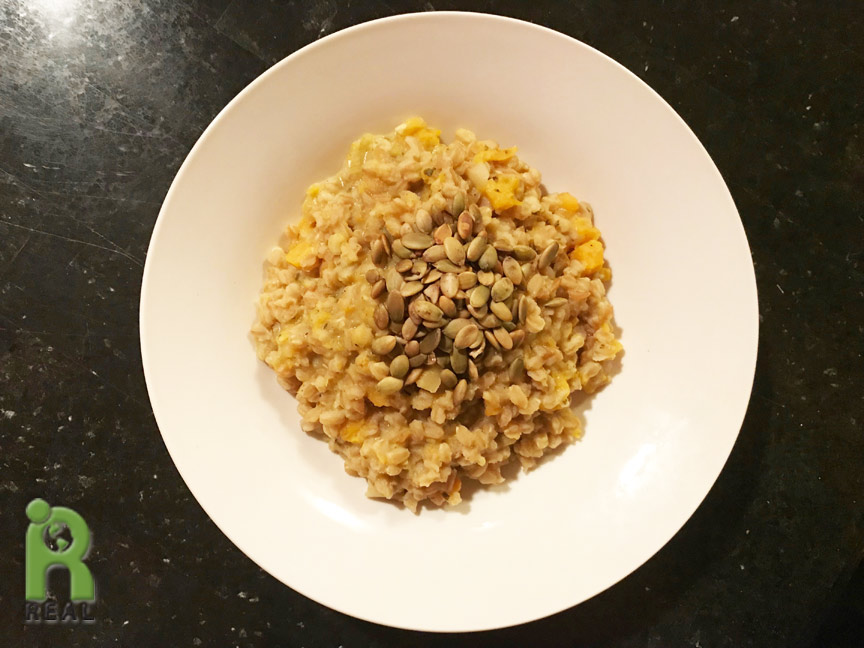 I steamed some String Beans as a side dish. I will confess, I ate them with my fingers, one by one while talking on the phone. It was fun! 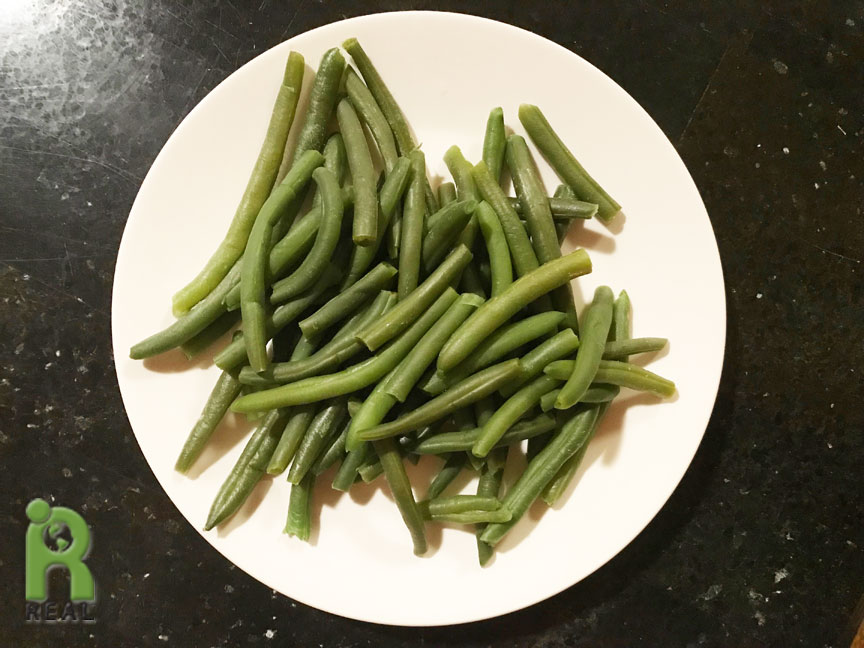