First Meal:
The morning began with my favorite herbal blend of organic Marjoram, organic Summer Savory, organic Turmeric, organic Black Pepper, Anise Seed and organic Cinnamon with organic, unsweetened Soy Milk. A little while later I made a pot of organic Steel Cuts Oats cooked with organic Raisins and organic Cinnamon. It is more than enough for me today, tomorrow and the day after. I topped it with Apricot Butter. 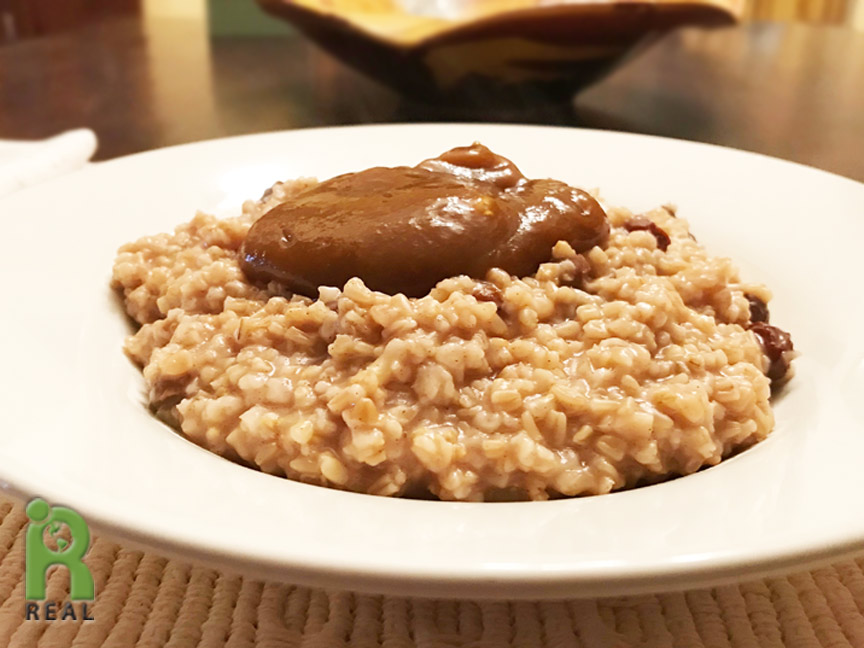 There was a gorgeous head of organic Cauliflower in the refrigerator calling to me. A little while later, after steaming it with small organic White Potatoes and organic Green Beans it was on my plate and in my belly. 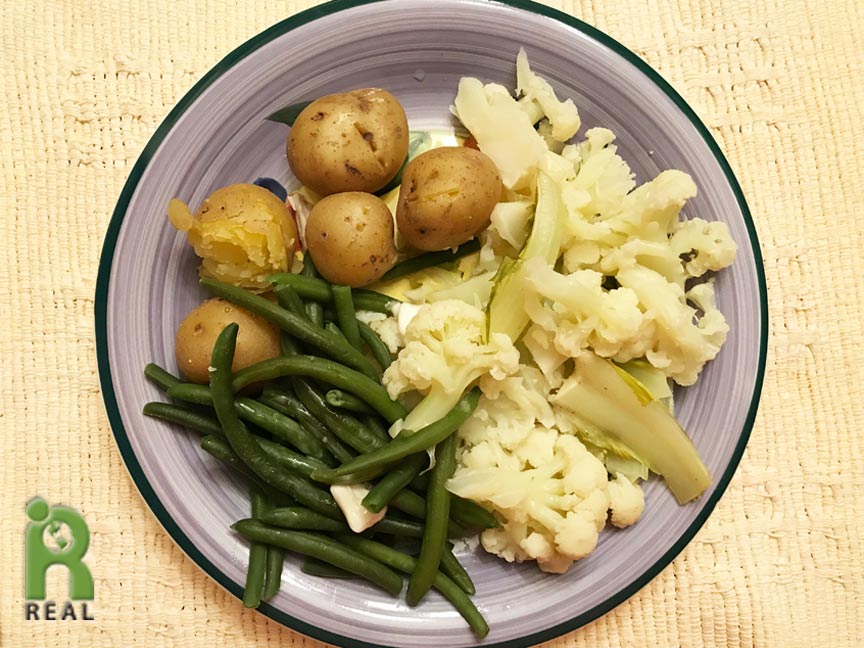