First Meal: I woke up super hungry! I knew I had cooked Steel Cut Oats in the refrigerator. I turned them over on a plate, frosted it with Apricot Butter and ate it cold. It’s dessert for breakfast. 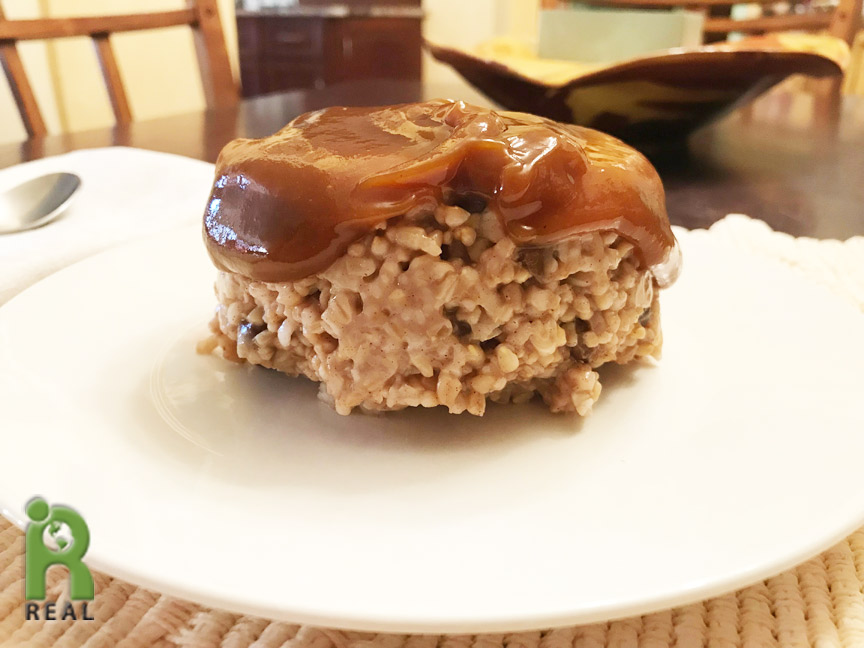 Second Meal: I am going to dinner tonight at Candle Cafe West and want to have a good appetite when I arrive. Instead of lunch, I invited a neighbor over for tea. We had organic Almond Vanilla Rooibos and I put sliced organic Oranges, organic raw Almonds, organic raw Brazil Nuts, organic Figs and organic Apricots on the table. 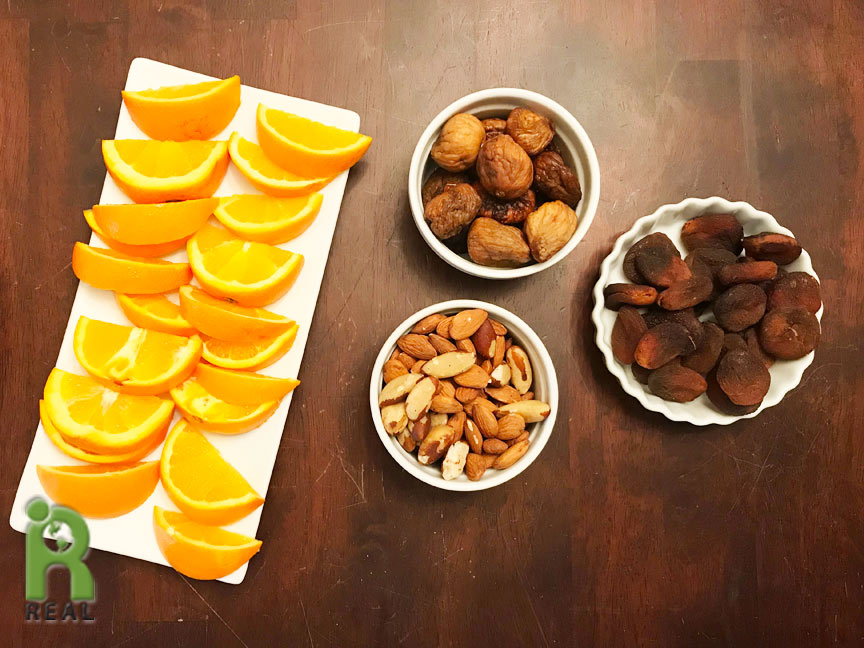 After Tea, I took the subway in the bitter cold to my friend Linda’s home who was hosting Dr. Michael Klaper for a few days while he is in New York. I got out of the subway and the snow began to fall. Just as I got to her apartment off of Riverside Drive the wind went crazy. I was able to enter into the side door of the building. I don’t think I would have made it if I had had to turn onto Riverside Drive, the wind was in a vortex and very strong. 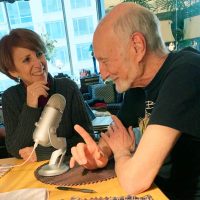 I had the opportunity to meet Dr. Klaper and prerecord an interview with him which will air on February 12. 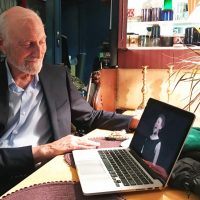 Linda was very kind telling Dr. Klaper about the work that I do, including singing. She mentioned me performing the song “I’m Still Here” while being treated for cancer and going through chemo. I played it for him.

After the interview and the song, we all bundled up and took a taxi to Candle Cafe West, for a pre-fixe dinner featuring Dr. Klaper.

Third Meal:
We got to the restaurant early. I ordered a Green Goddess without Apple. It was so delicious. I am craving green juice these days and have promised myself to start juicing regularly again. Gary and I had green juice almost daily for ten years. I thought of it as medicine after having cancer. Now I want it just because I love it! 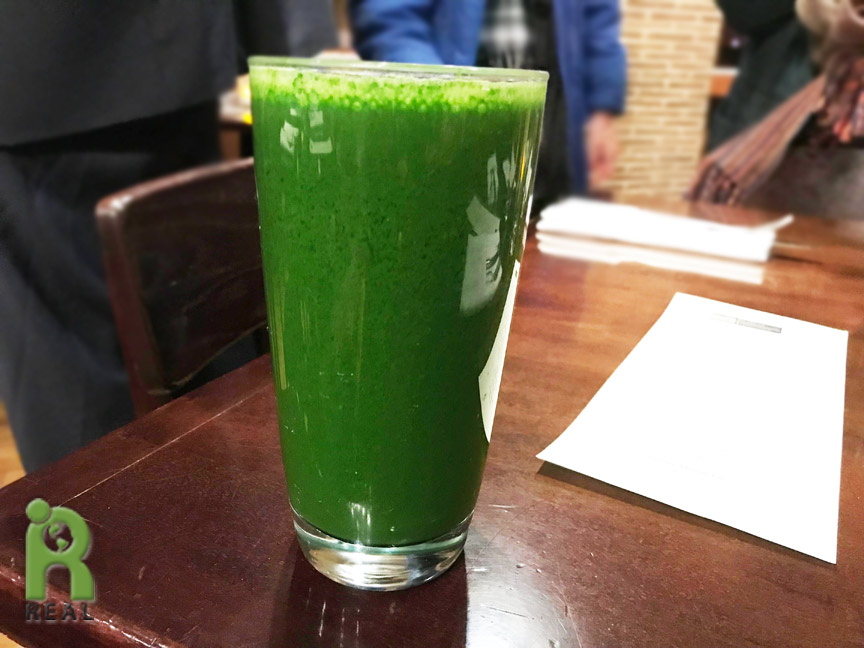 I met a lot of people and got to move around and sit at different tables. I shared appetizers at one table with Susan, Roseanne, Lev, Laurie, Martie, Jeff, Joanie and Gayle. We had a lot of fun. The Nachos were fabulous and fearless Laurie kept asking for more. 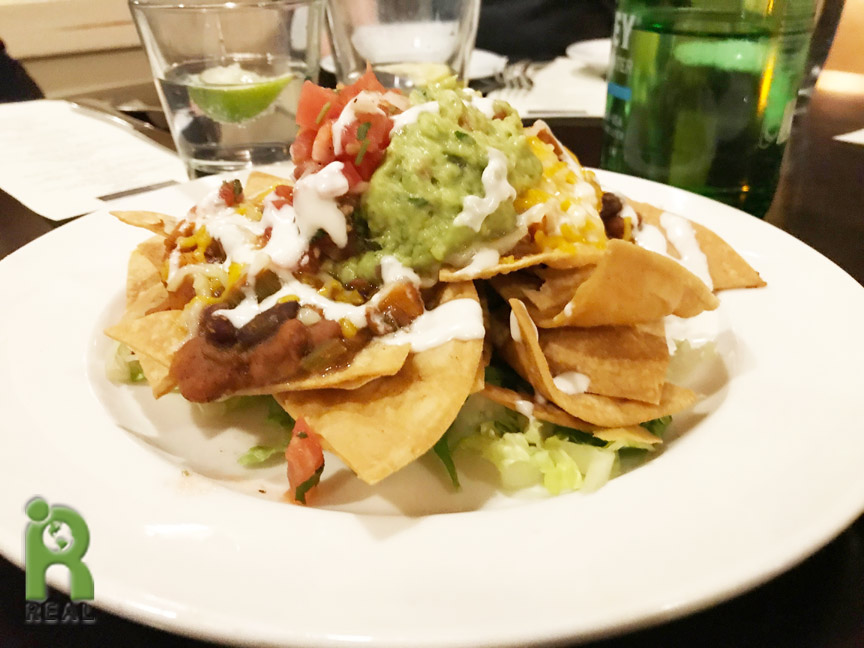 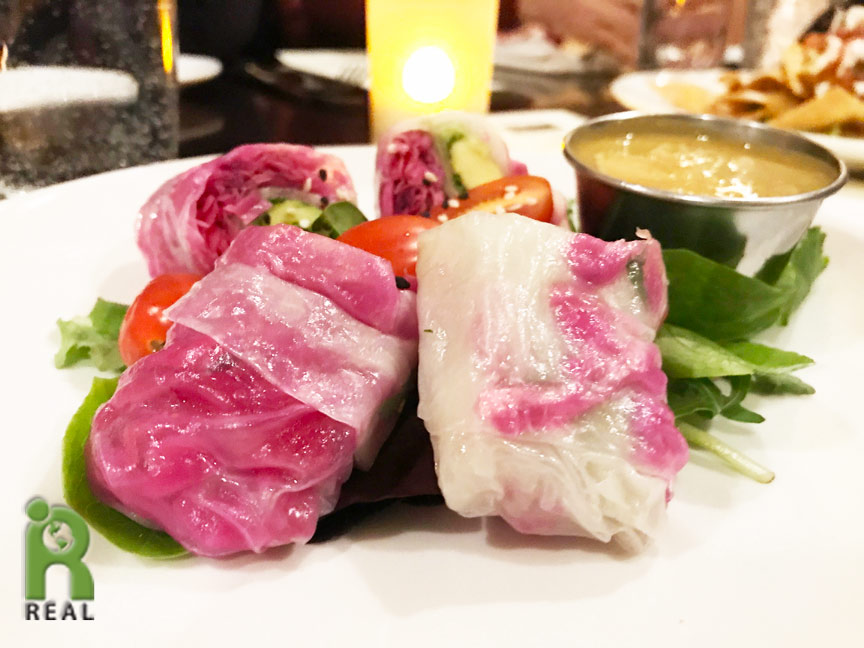 We had a choice of main dishes and I chose the Sake-Miso Stir Fry with Sesame Crusted Tofu, Asian Vegetables, Sake-Miso Shiitake Mushrooms, Brown Rice and Sriracha Aioli 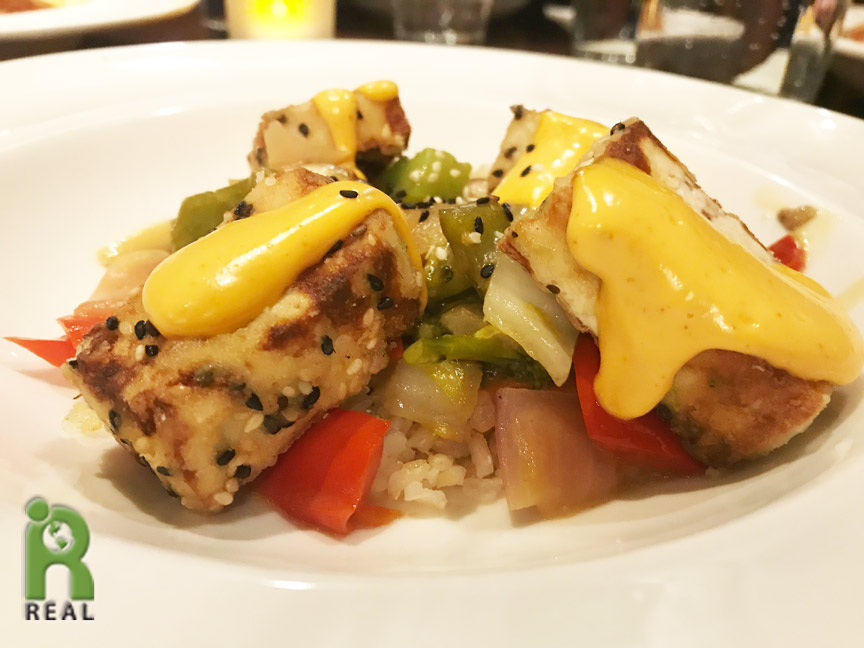 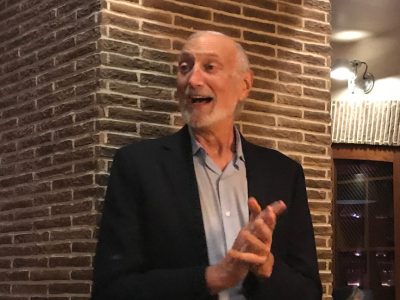 After the talk we were served desserts to share. There was Banana Chocolate Cake with Coconut Frosting and Vanilla Coconut Ice Cream. 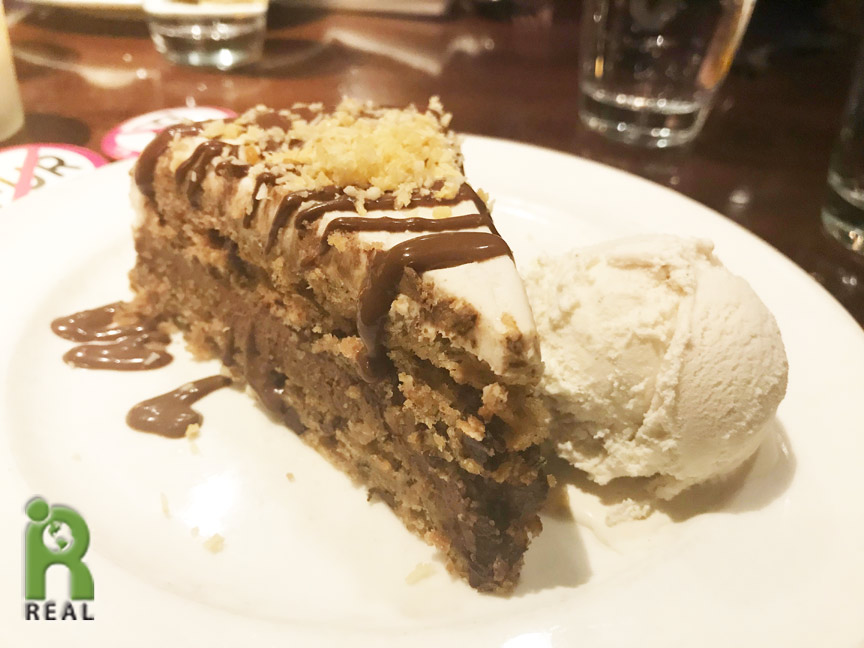 We also had Chocolate Mousse Pie with Candied Pecans. 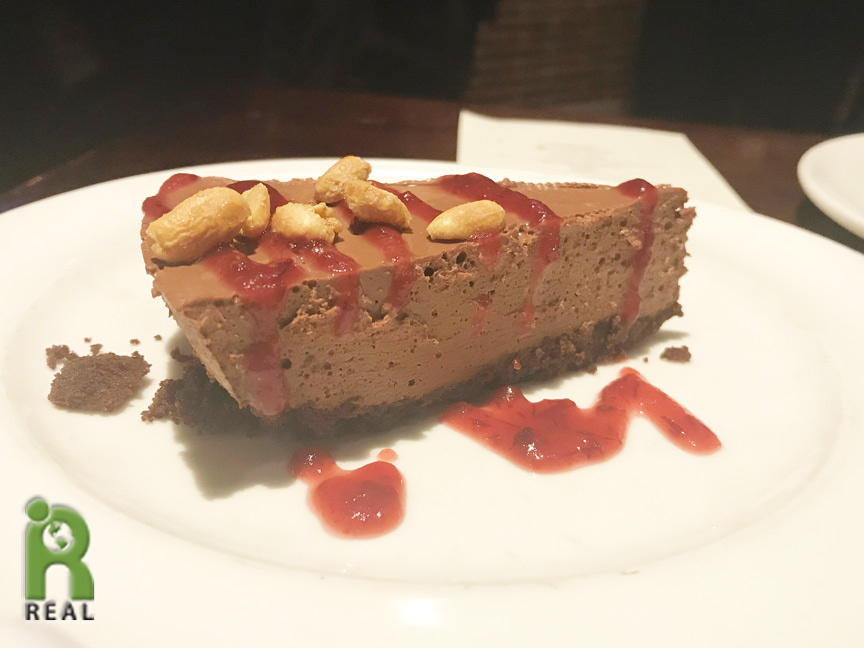 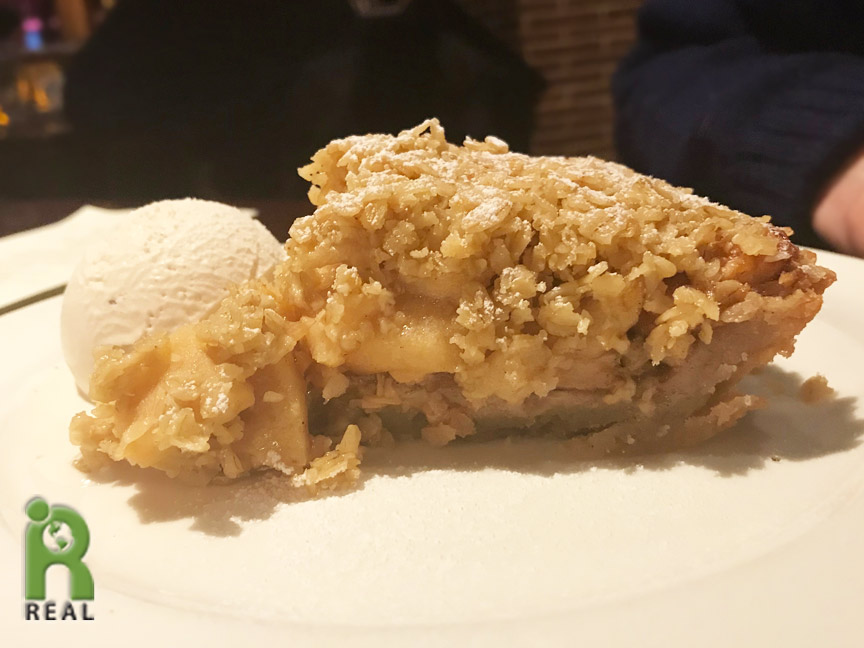 I love Candle Cafe West. The food was excellent. Every bite was filled with love and you can taste it!

Victoria Moran and her husband William were there! 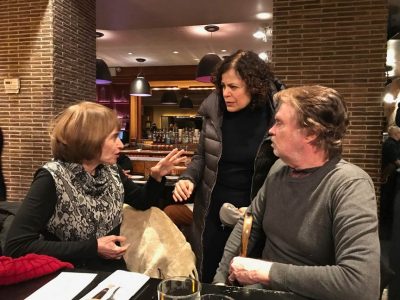 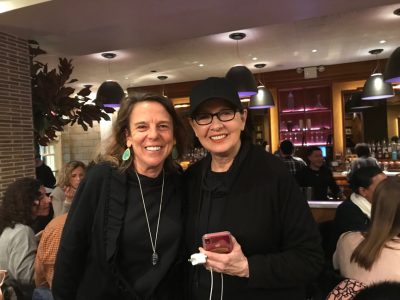 Rachel Atcheson, Deputy Strategist at Brooklyn Borough Hall biked her way to the event in the freezing cold. She is fearless! Enrica with Plant Powered Queens was also at the event. 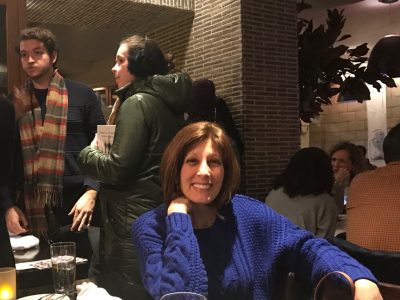 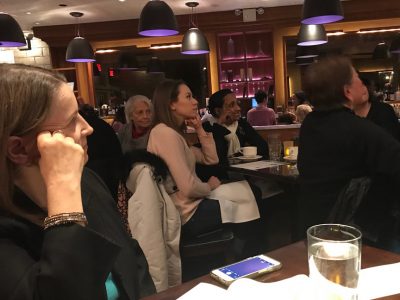