Green Juice: Today’s the day! I leave for the airport in the late afternoon. I had purposely taken a frozen Green Juice out of the freezer last night and put it in the refrigerator. It was still frosty so I set in on the counter and waited for it to defrost. In the meantime I drank Lemon Water. When I squeeze the juice out of lemons and limes, I save the rinds for flavoring water. If I have too many rinds piling up I freeze them. Then they can be added to my water any time. I like to drink a lot of water before flying. My juice has organic Kale, organic Red Cabbage, organic Collards, organic Celery, organic Carrots, organic Mint, organic Ginger and organic Lemon. 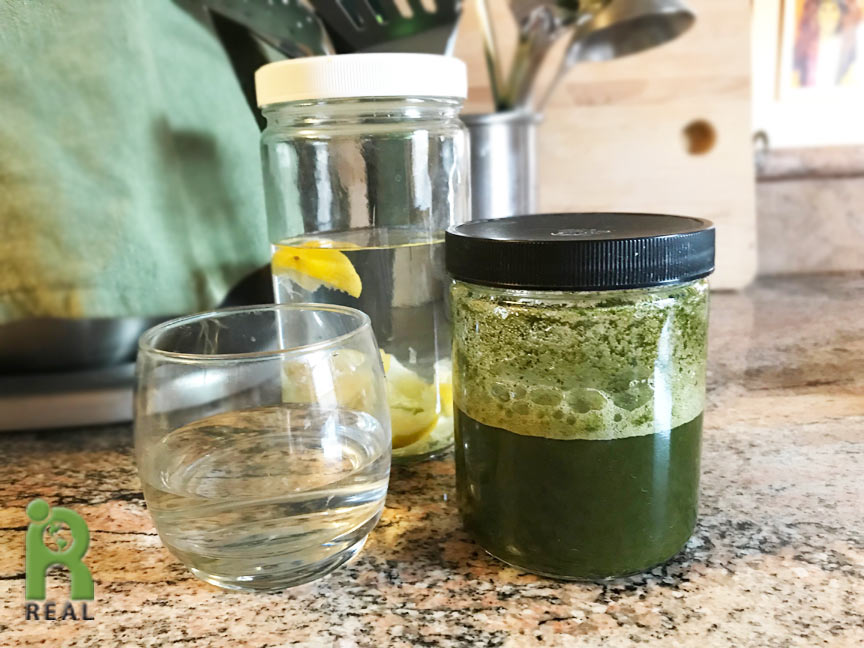 I had three Purple Sweet Potatoes that I decided to bake. I would eat some at home and bring the rest on the plane. Could I eat all of this? 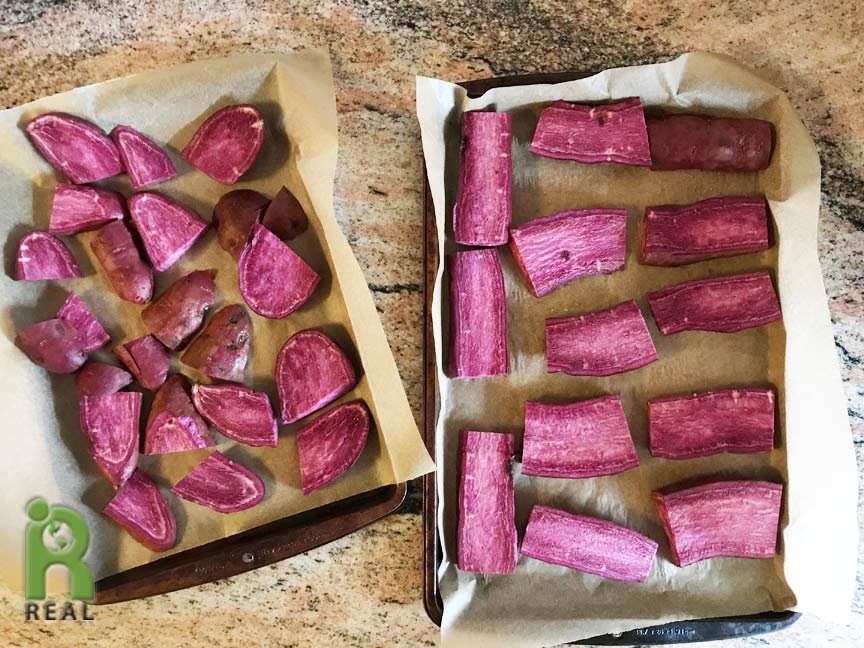 First Meal:
When they were done, I took a few slices and had Sweet Potato Toast, served with organic Peanut Butter and organic Apricot Butter. 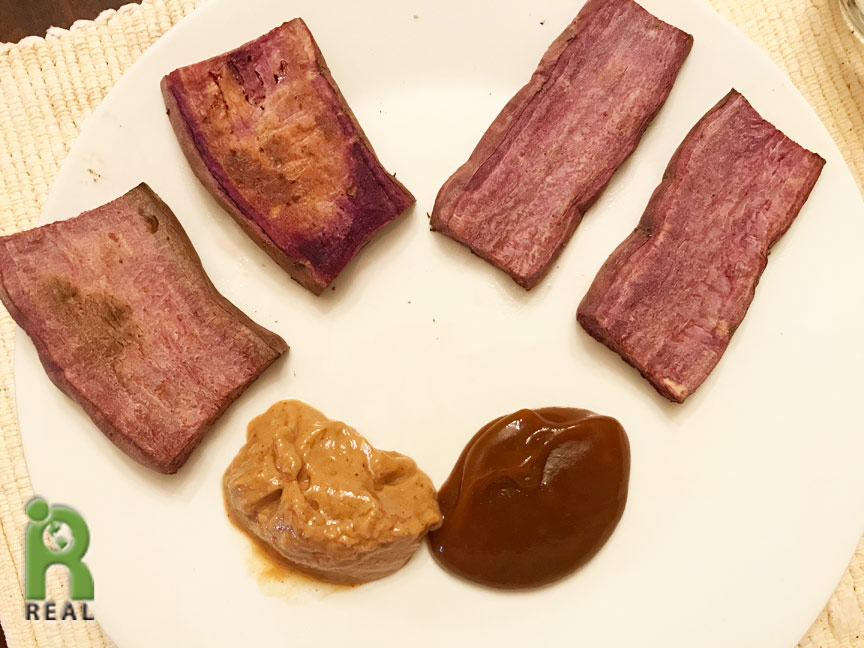 Second Meal: There were also three organic Red Onions in the refrigerator and I decided to sauté them. I mixed in some frozen organic Vegetables (carrots, peas, string beans and corn). I ate a small bowl and froze the rest. 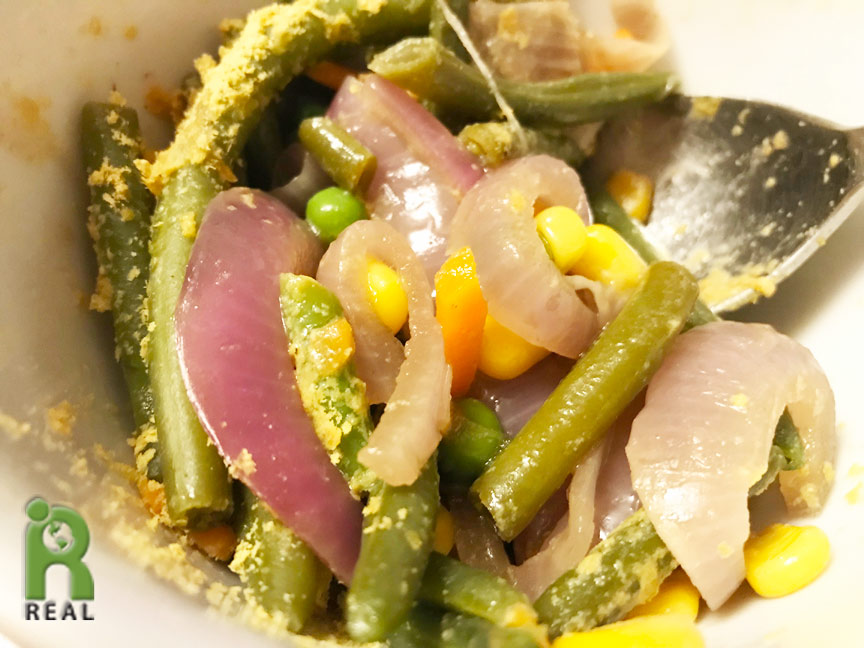 Third Meal:
Throughout the 7-hour plane ride, I ate more organic Purple Sweet Potatoes and organic Carrot Sticks I had prepared at home. 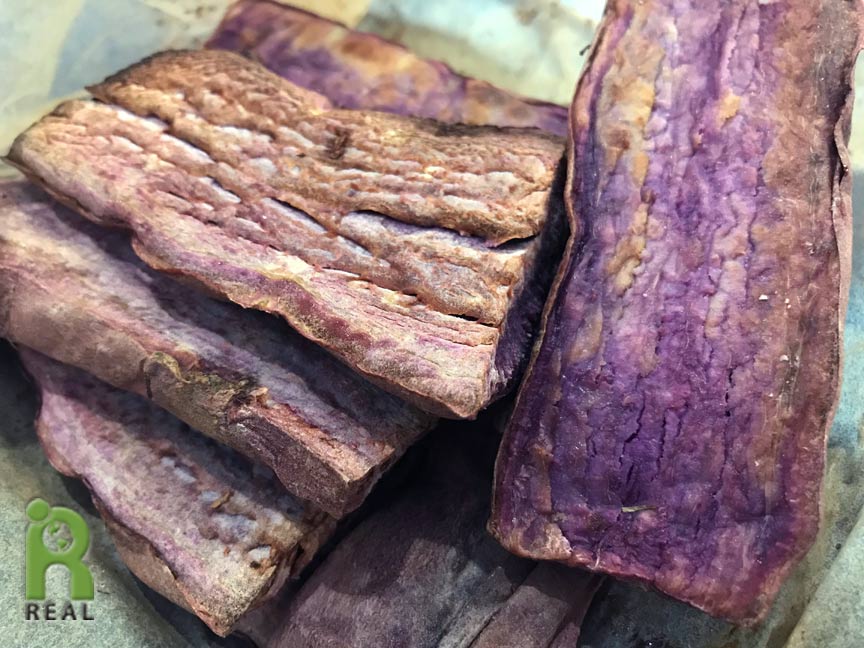 I ordered a Mediterranean Salad Shaker returning the Feta Cheese that came with it in a separate container. 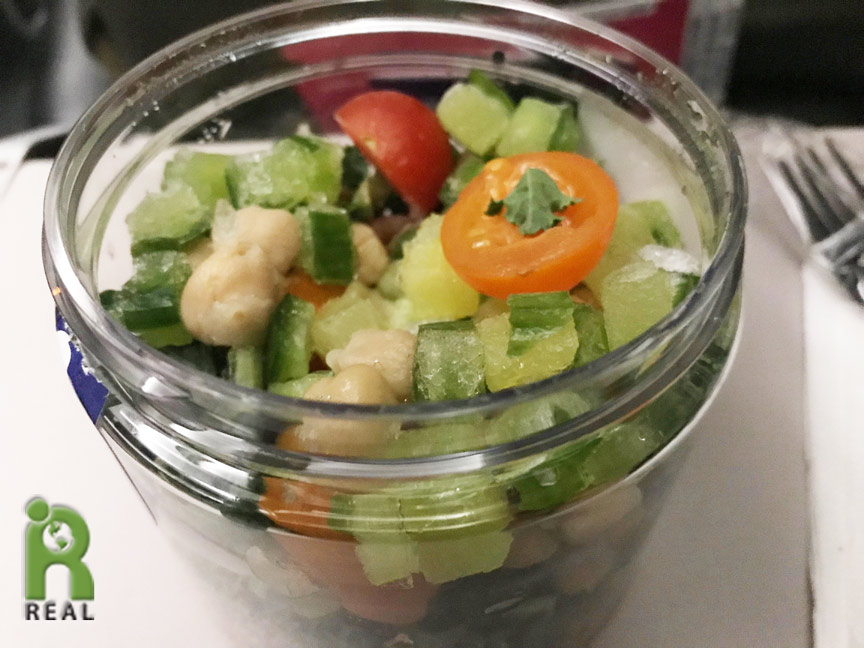 Fourth Meal: Hallelujah! After more than six weeks, Gary and I are reunited. He picked me up at the airport after his rehearsal. He brought to his dad’s house where he’s been staying and served me Teeccino and a homemade, gluten-free Blueberry Bread. 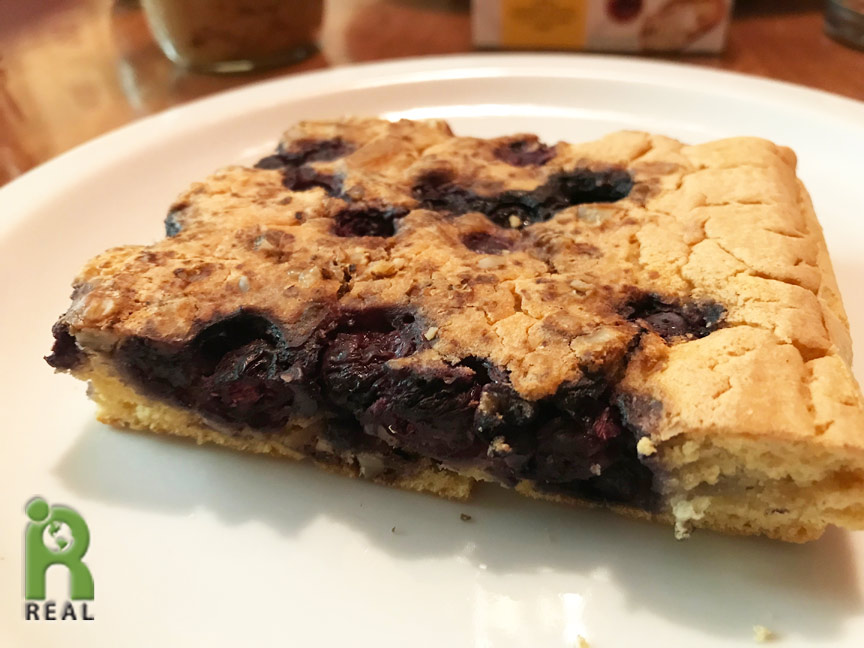