First Meal: I didn’t eat until the 2019 Food Revolution Summit was over. I had a piece of homemade Apple Bread. I am glad I made this a few days ago. It’s been helpful to have something easy to eat during the summit and staying in Gary’s childhood home as it gets cleared out for sale. 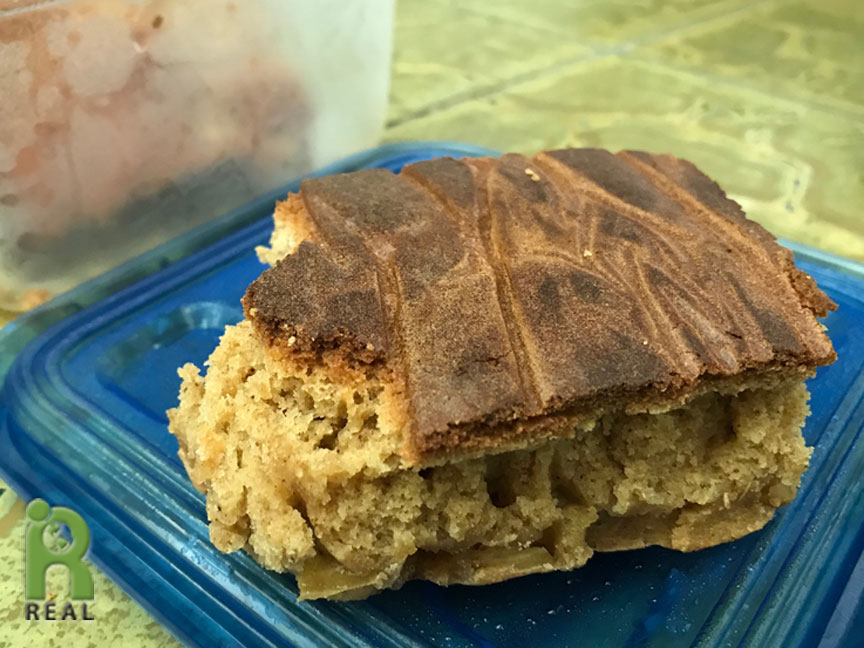 Second Meal: Gary and I were supposed to meet Barb, the producer at Playful People Productions, at the Vegetarian House for lunch, to discuss future theater projects and workshops. At the last minute, Gary had to stay back to be at the house because some work was happening there. Barb has been wanting to try this restaurant for awhile since we talk about it so much. I ordered the Raw Spicy Thai wrap with Shredded cabbage, Carrot, b
Bell Pepper, Onion, Cilantro & fresh Mint in a lightly spiced Thai aAlmond sauce with Coconut & wrapped in a marinated Collard Green Leaf. It’s unbelievably delicious. Barb took a taste and ordered one to take home for later. 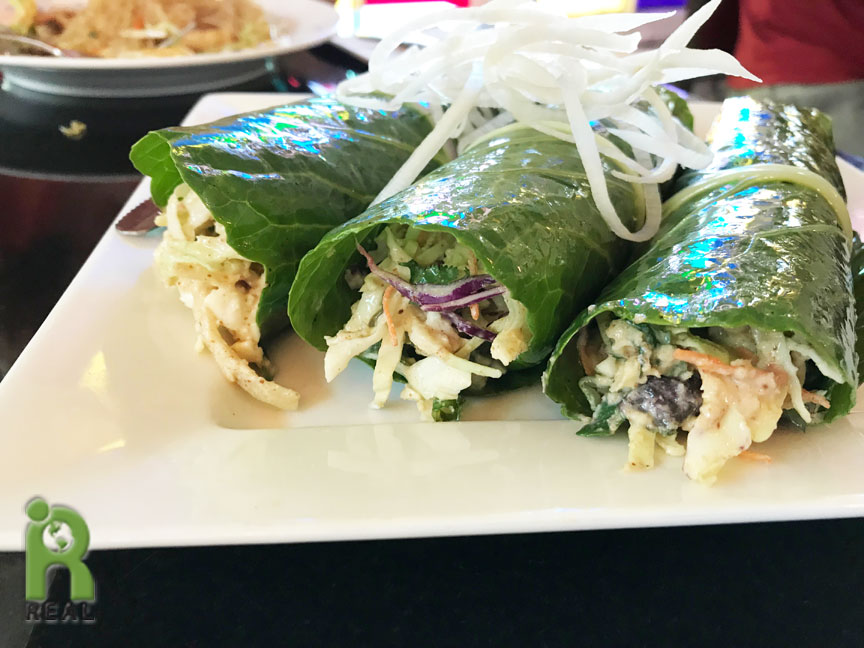 She selected the Crystal Noodles dish. Another winner. 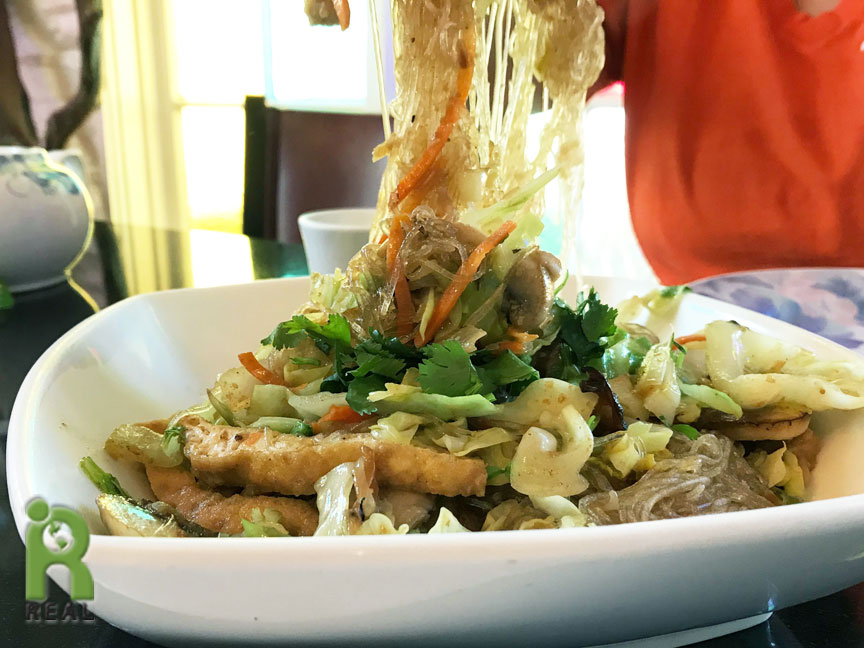 Third Meal: This evening we met with Gary’s sister and brother and their spouses at the Yard House in Santana Row. They have a lot of vegetarian options on the menu, many which can be made vegan. They feature Gardein. The server Vanessa was very knowledgeable and helpful. She offered information before we thought to ask. For example so told us all the fried vegan/vegetarian dishes are prepared in the same oil as the non-veg dishes. Who tells you that? I was impressed. Not that I wanted to eat fried foods, or fried foods cooked with animal products but glad she told us. A couple of plates of Edamame were ordered for the table. The Buffalo Cauliflower with Spciy Tahini was ordered too, but being fried in oil cooked with animal products, we passed on that one. 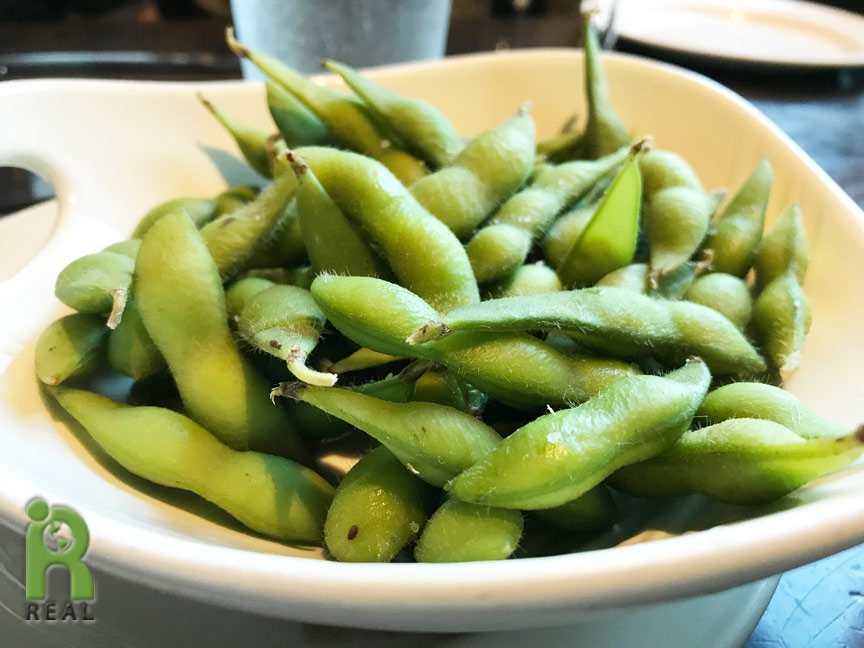 Gary ordered the Vegan Burger made with Gardein™, Red Quinoa, Kale, Shiitakes, Vegan Mozzarella, Avocado, Tomato, Arugula, Onion, Miso, on an Onion Bun. I was lucky that he offered me a taste. This was very good. 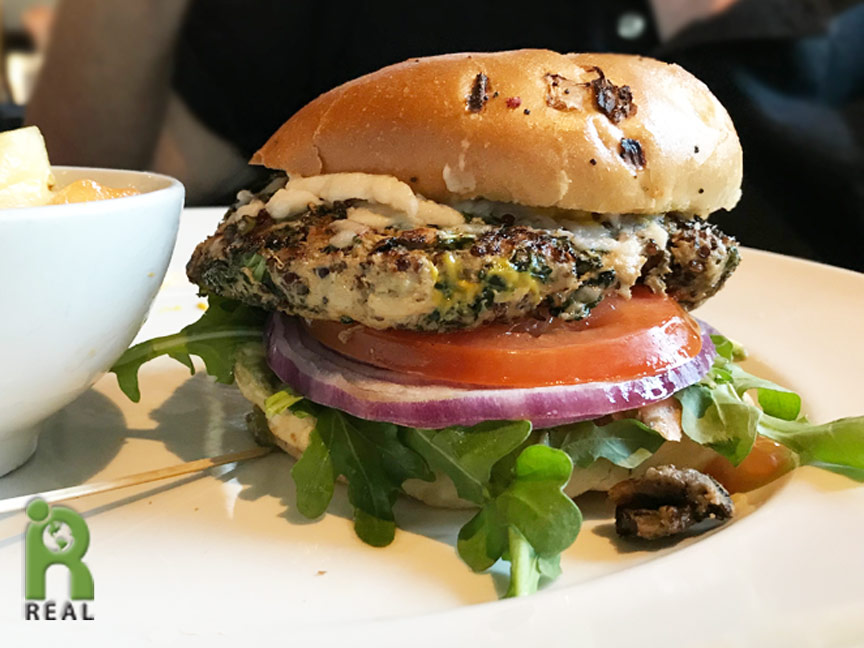 I chose the Red Quinoa Salad with Kale, Parsley, Brussels Sprouts, Roasted Beets, Cauliflower, Pomegranate, Blueberries, Baby Tomatoes, Pumpkin Seeds and a Blood Orange Olive Oil Vinaigrette. It was a big salad. I like that. It required a lot of chewing concentration! There were also lots of seedy, hard bits – from the pomegranate maybe? I had to be careful not to hurt my teeth! I was the last one to finish their meal. 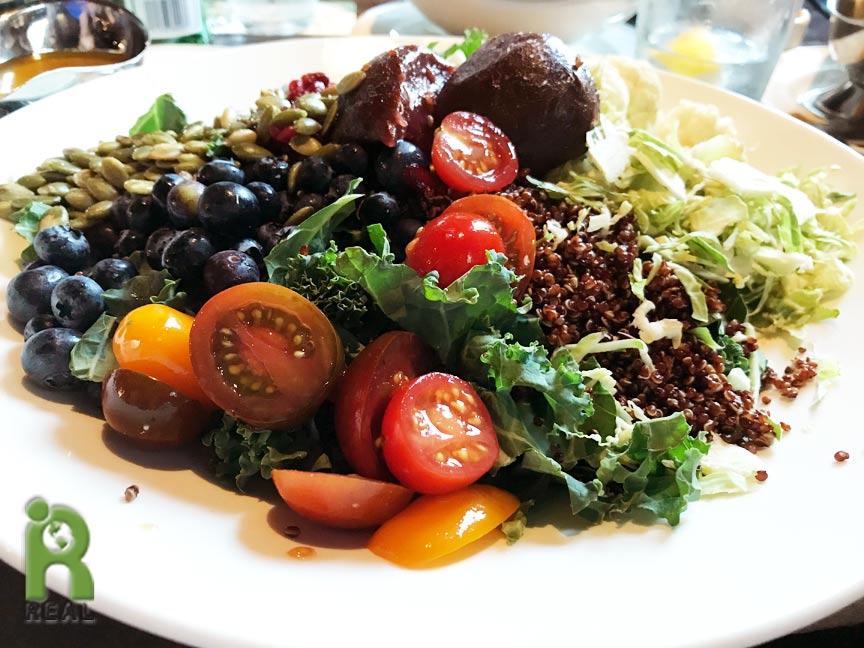