First Meal: It’s July 4th. While many in America are celebrating Independence Day, Gary and I are celebrating something much more meaningful and important, our 13-year anniversary! Gary emailed me 13 years ago and we haven’t stopped talking since. I made Anniversary Breakfast Waffles with Raspberry Pear Compote and Peanut Butter Cream. 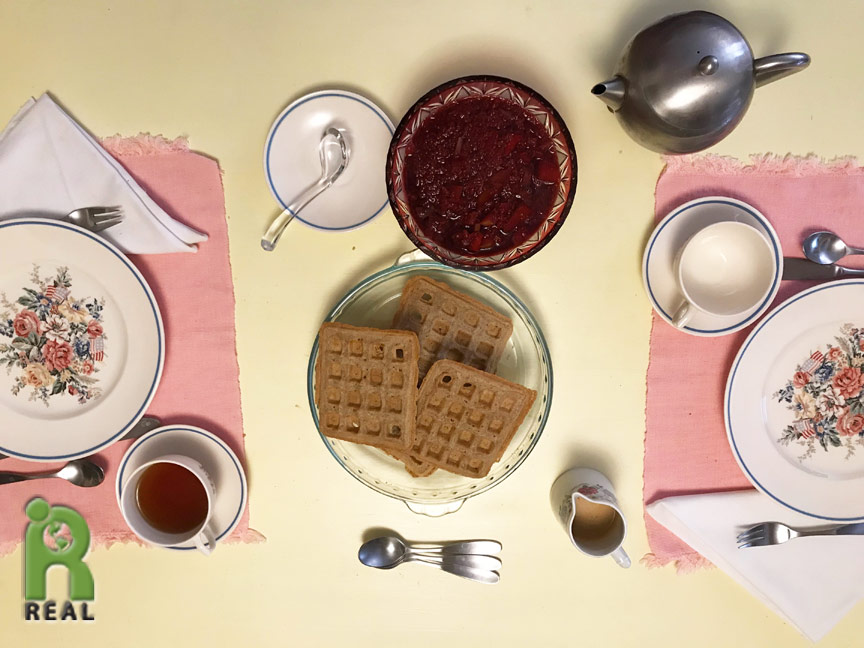 I served them on Gary’s mom’s treasured Ralph Lauren Dylan’s Grove Wedgwood with little American Flags amidst the floral pattern. 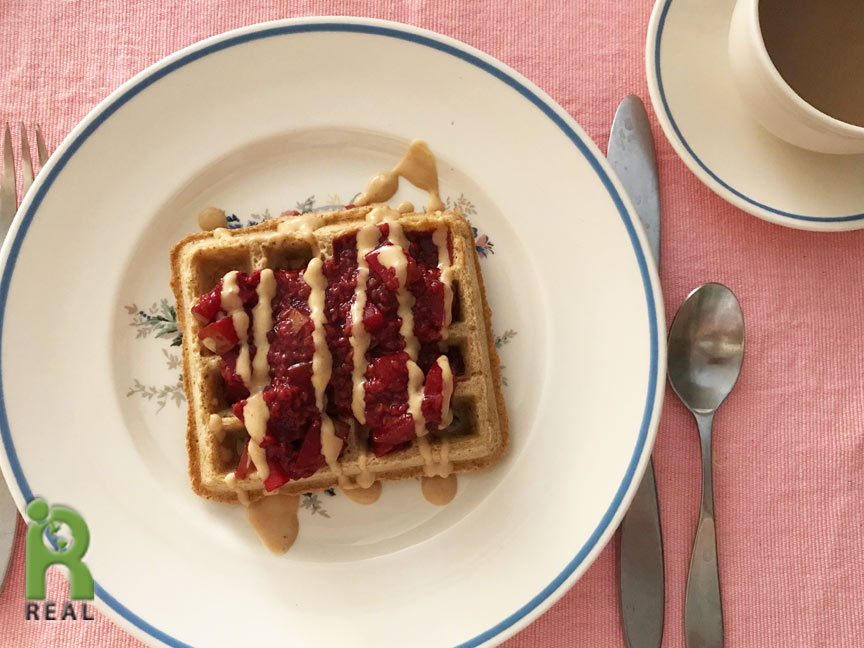 Second Meal: We have a low inventory of fresh produce but I put together a colorful meal with what we had: Toasted Buckwheat with Walnuts, Green Salad, Tofu No-Egg Salad, Bell Peppers, Celery, and Green Beans with Hibicus/Lemon/Mint Tea. 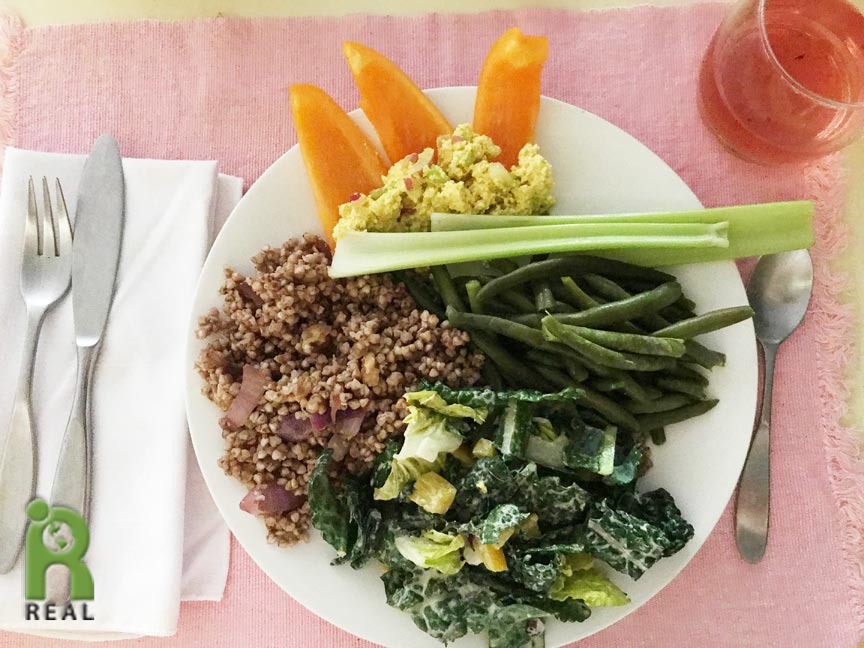 Third Meal: In the evening I wanted to have dinner somewhere special. We went to Isa Chandra Moskowitz‘s restaurant called Modern Love in Brooklyn. We were surprised how easy it was to get to by subway on the E and G trains. We began with Beer. Cheers! 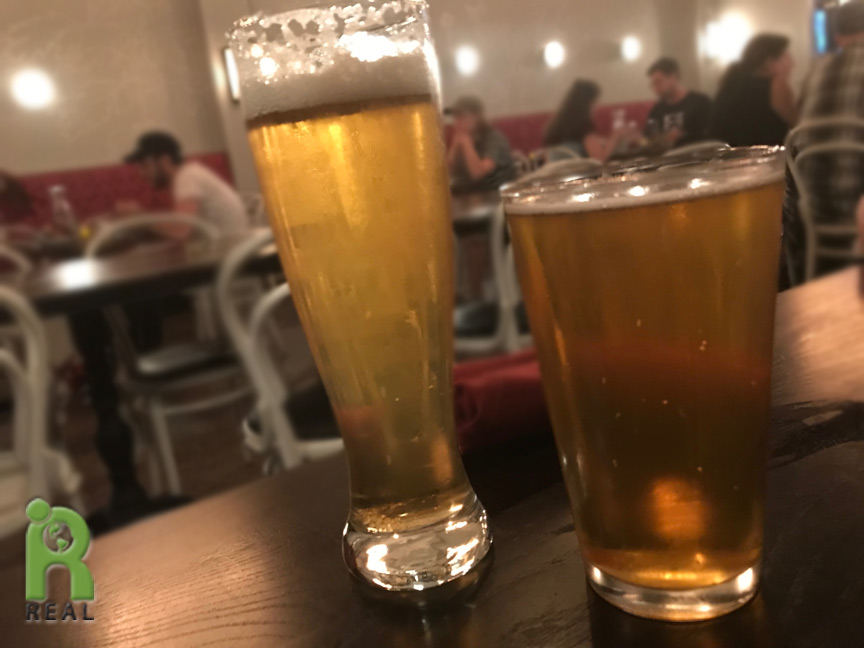 Gary ordered the special, a barbecue plate, which we gathered was an Independence Day holiday special. It had fried Green Tomatoes, Tofu in Barbecue Sauce, Green Beans, and Potato Salad. The thick slabs of tomatoes were very good, and inspired me to make a baked version soon. Gary really enjoyed it and thought the one thing that would have made it even better was some Organic Corn on the Cobb. 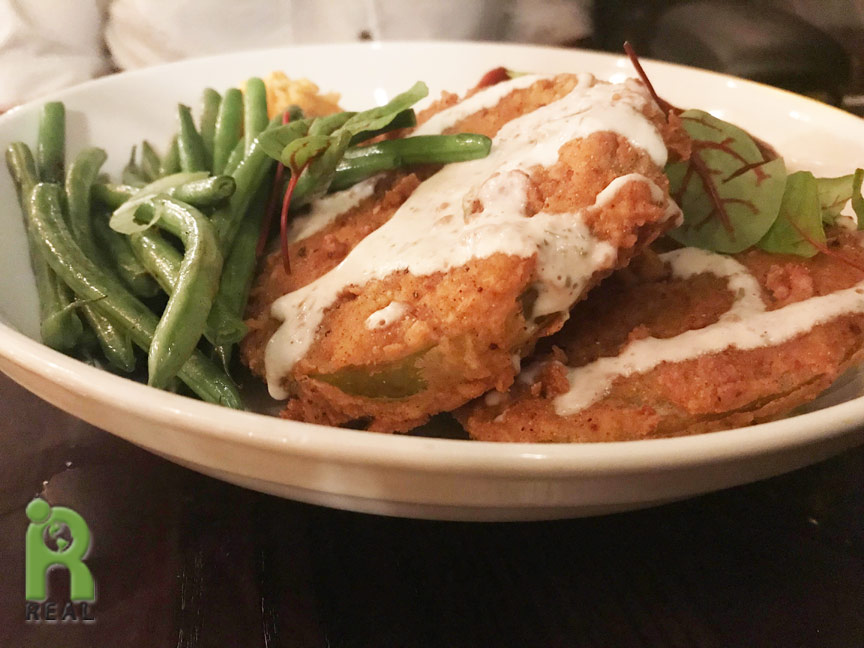 I chose the Hen of the Woods Picatta, Maitake mushrooms in a Picatta sauce with Mashed Potatoes, and Escarole. The sauce was spectacular, so flavorful and I love Maitake mushrooms. I am one of those people who prefer eating my dishes separately and would have preferred the Mash Potatoes and Escarole on their own. The sauce overwhelmed them. I am also someone who likes vegetables, especially Escarole and would have liked some bigger pieces, it seemed more like a garnish. But overall it was very satisfying. 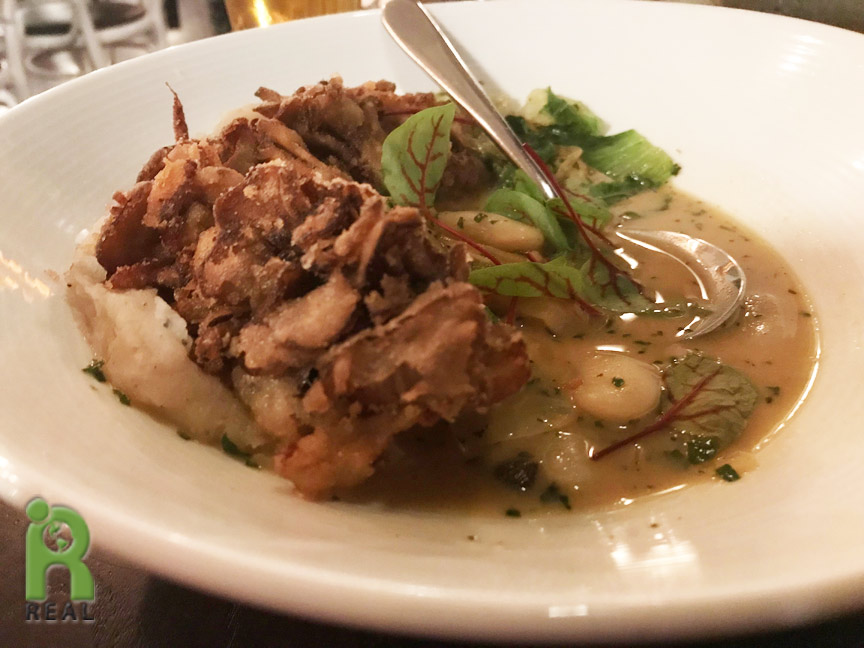 Since we are celebrating we had two desserts. First the cannoli, which was a disappointment. Many vegan cannoli I have tried including this one have been filled with a sugary frosting rather that a rich decadent vegan ricotta. 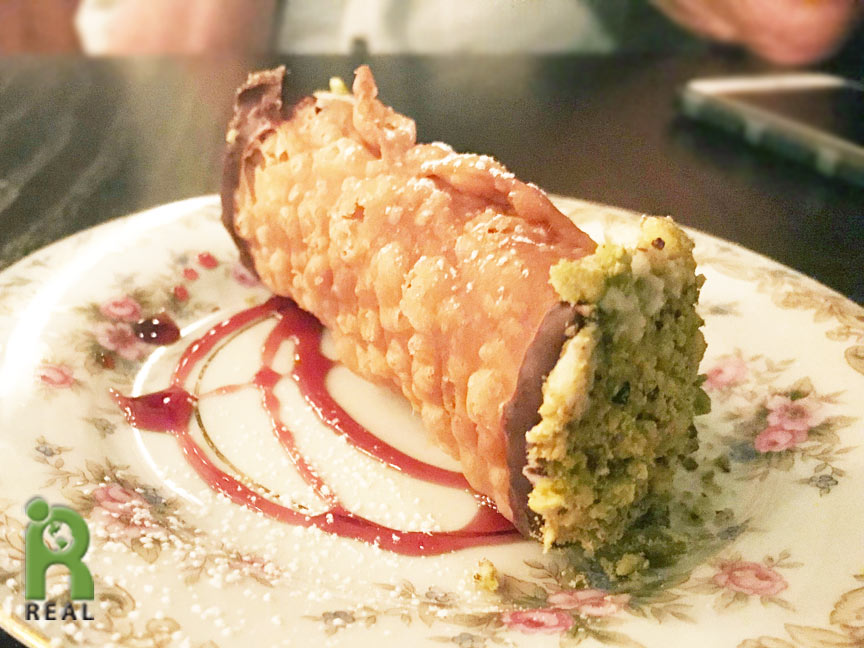 Our S’Mores brownie with Marshmallow, Ice Cream and Whipped Cream did not disappoint, it was spectacular served with a candle for our anniversary. We had a wonderful time at Modern Love in Brooklyn. We plan on being regulars. And the service was excellent! 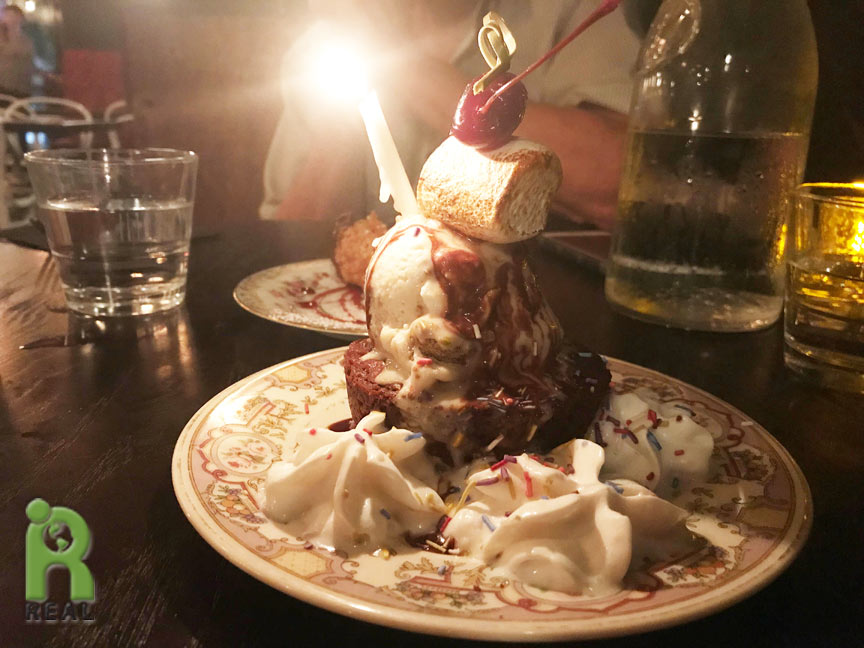 And that’s not all. After dinner on the subway ride home we chose to stay out and catch the new Spider Man movie. A perfect end to a great, great day.