First Meal: Today is my mom’s 86 birthday. She will be having lunch with her girlfriends today to celebrate. She has had a tight circle of friends for most of her life and it is so nice that they gather together regularly. We celebrated her birthday with my brother’s family and my cousin Donna and one of her two daughters a few weeks ago. But Gary said we had to visit her today. So we planned to see her later in the day. First, a bowl of Rolled Oats on the terrace with Strawberries, Pears, Raisins, Walnuts and Soy Milk and Teeccino. 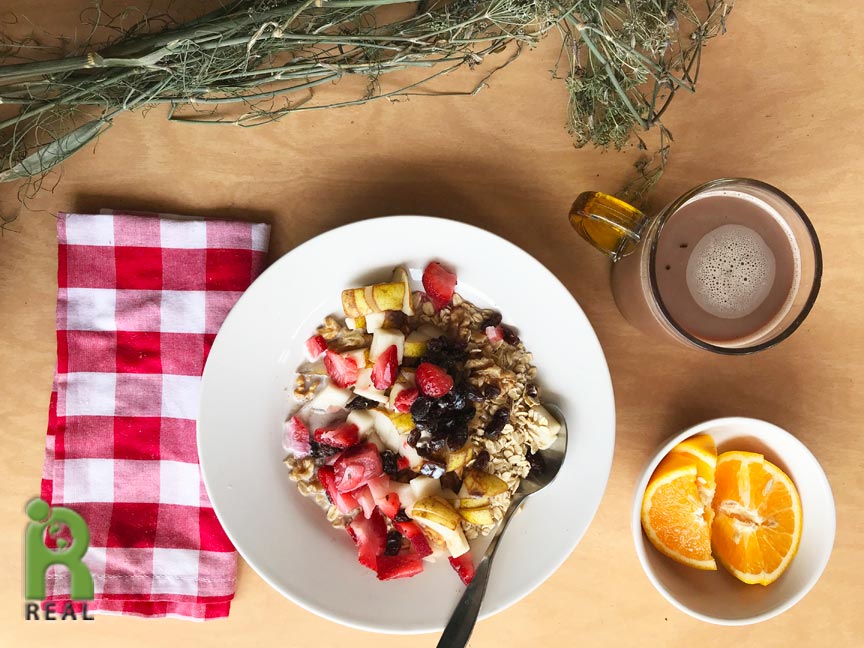 We’ve never been to the Sweet to Lick Bakery on Long Island and always wanted to check it out. We thought we’d pick up a cake for mom. 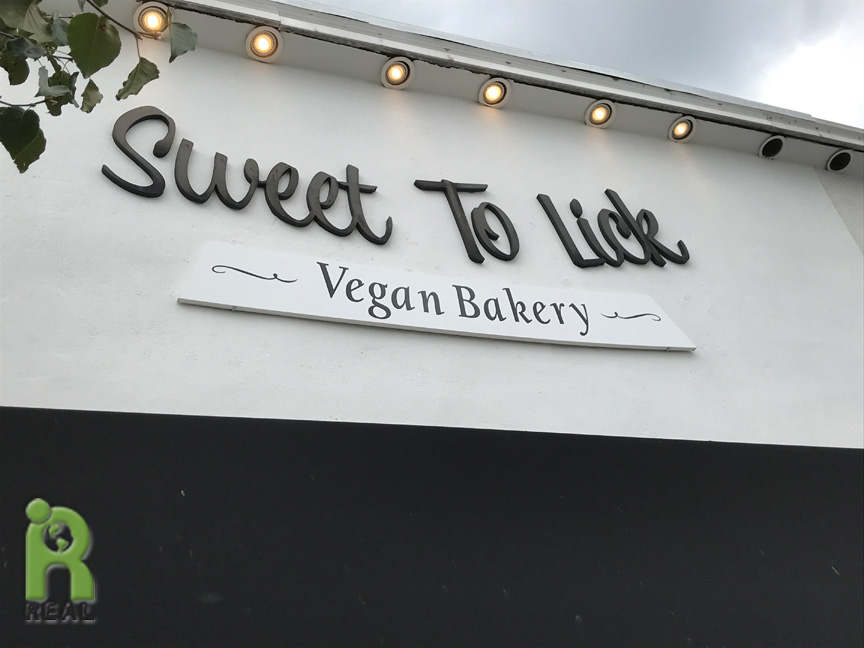 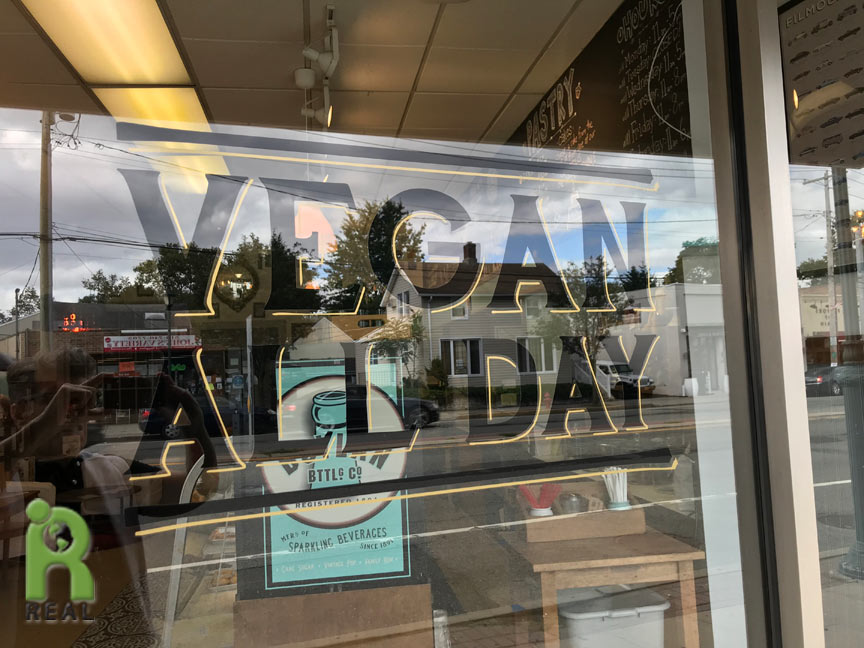 We arrived just after three so we missed lunch and just about everything else. The display case was practically empty and there were no cakes. I was glad to see it was busy but there was a weird vibe today. We waited patiently ahead of a few people for our turn. One tall man interrupted the woman ordering saying politely that he had been ahead of her. She was very embarrassed and apologized profusely. When they had both finished it was our turn. There were four cupcakes left, all chocolate with different frostings. We picked two with strawberry icing and one with chocolate and chocolate chips. A woman who had already ordered and eaten something was hovering nearby with a gloomy face. “I wanted that cupcake” she said, eyeing the ones with the strawberry icing. It was a weird moment. She had already ordered. Why didn’t she get the cupcake before? We were nice and let her have one of the cupcakes she wanted and we chose the last remaining frosted cupcake in the case. We also picked several cream filled large cookies. With our treats boxed up and in hand, we were glad to leave. 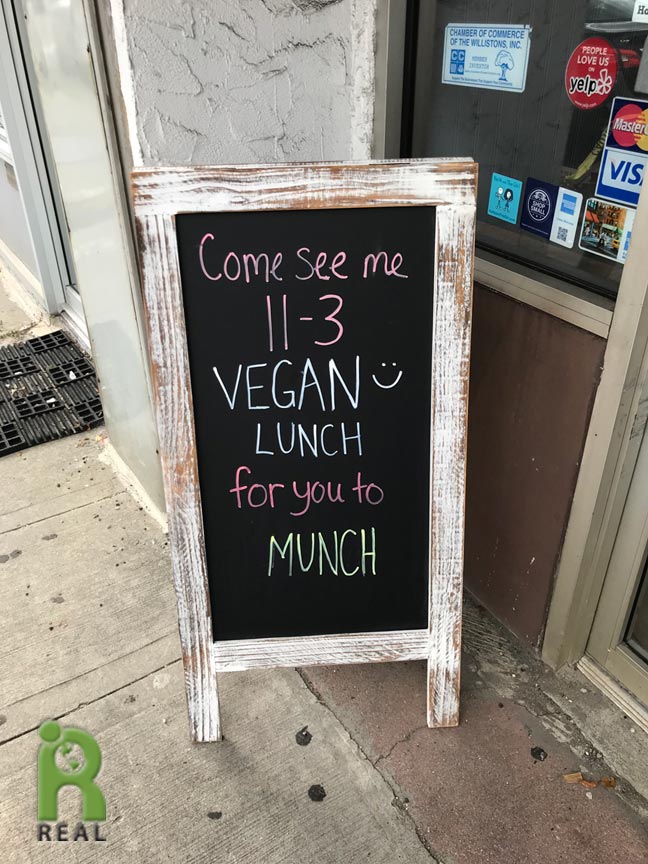 Next stop was the Organics Today Farm in Islip. We had hoped to drive out to the organic farms on the south fork of Long Island but they are much further so we thought we’d check this place out. It was another weird moment, driving to it. We passed one street lined with American flags. It felt creepy as we thought this must be Trump country. Isn’t that sad? We got to the farm. It was okay, not great. Not everything was organic. The farmer explained one of his suppliers grows organically but is not certified explaining that he couldn’t let the land lie fallow for seven years to qualify. We did pick up a few things, some beautiful heads of Kale, Plums and San Marzano Tomatoes for sauce. 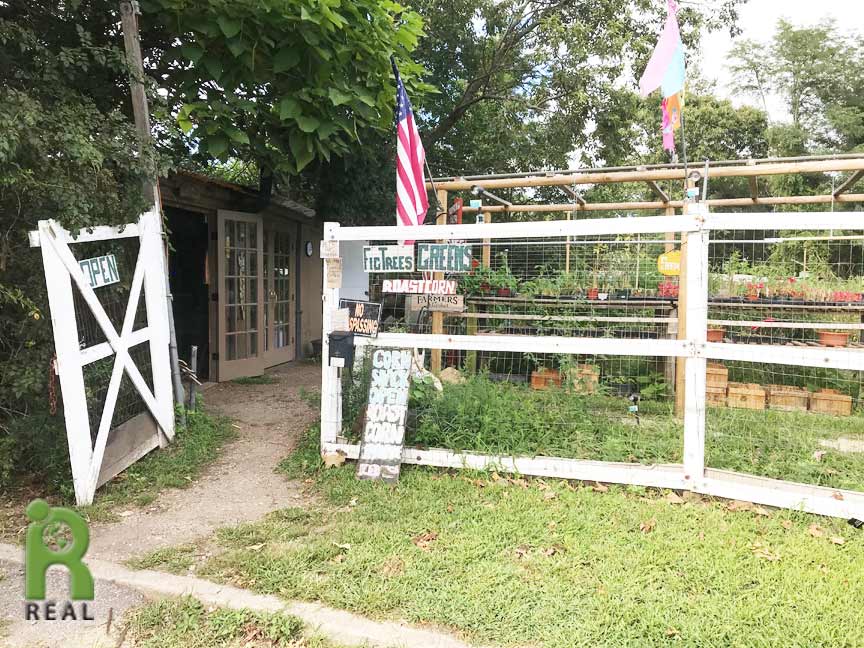 Second Meal: We were super hungry and we stopped at Plant Wise for dinner before heading to mom’s house. We both ordered the Chickpea Marsala and Gary got extra Hummus on his. This place will never leave you feeling hungry. 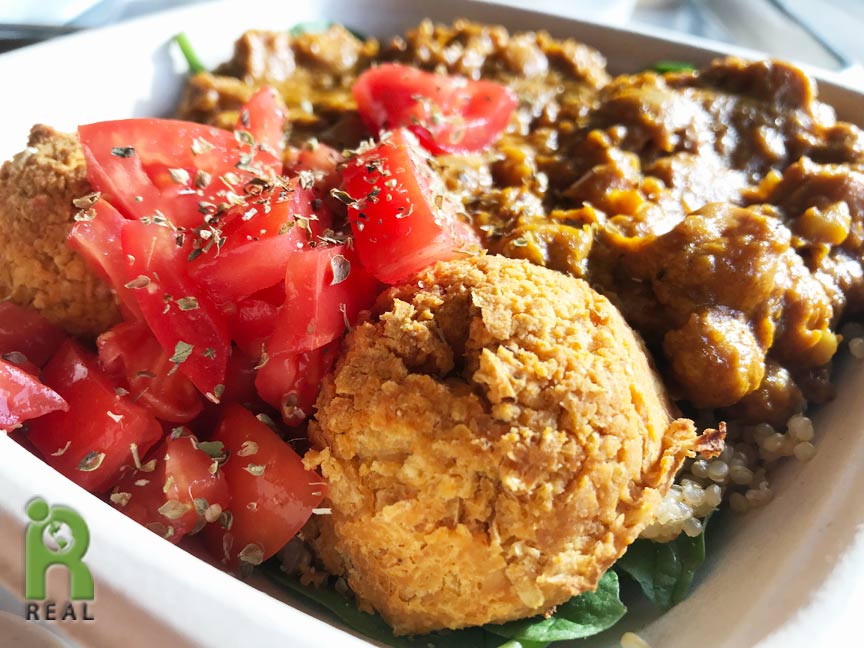 Cake: We surprised mom, sang her the birthday song and presented her with a cupcake and birthday candle. 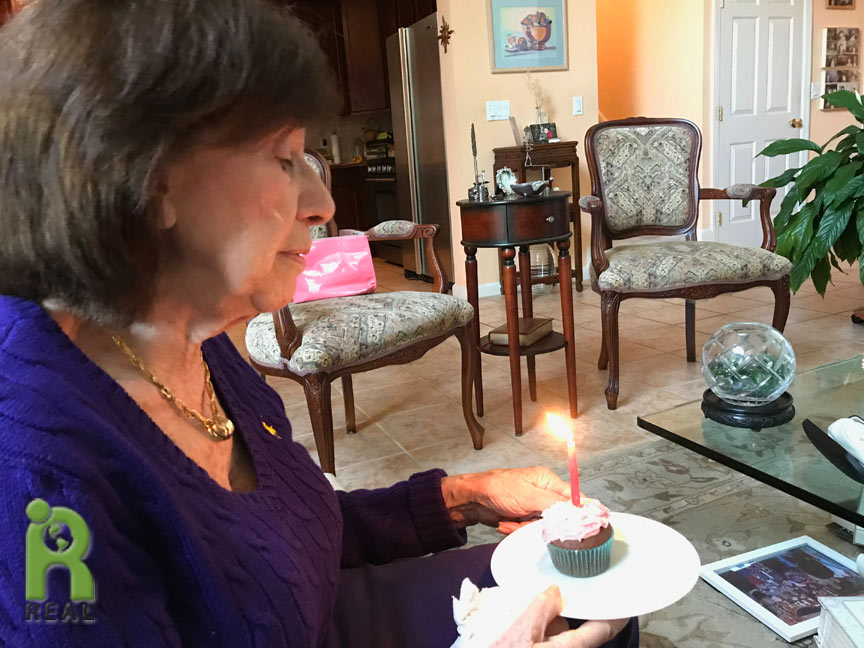 We were all pretty full, mom from her birthday lunch and Gary and me from our Plant Wise visit so we shared the little cupcake and that was enough. 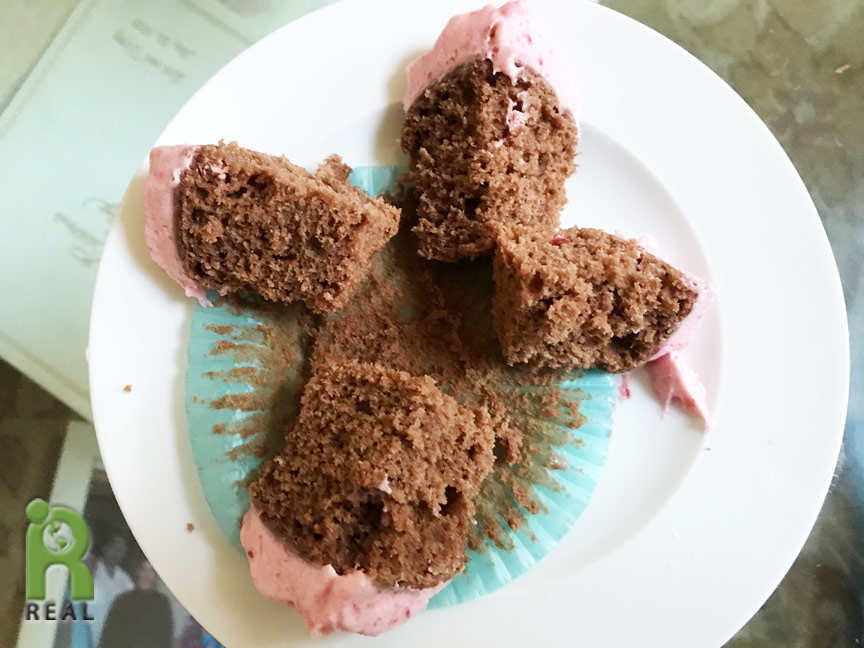