First Meal: This was a day of bad eating. Maybe “bad” is the wrong word. “Frustrated” is better, or “disappointed” perhaps. This was a day of frustrated, disappointed eating. We got on the wrong foot to begin with. We arrived in San Jose at about 9pm and were settled in at around 10pm. We were a little wired so we watched a few episodes of Stranger Things, season 2. Have you seen this series? I am not into scary movies but the story line is so cheesy that it’s not convincingly scary. But the acting is great as are the stories and relationships of the children and adults. It’s also refreshing not to see people glued to their smart phones, since this all takes place in the ’80s. As a result, we got up too late to have breakfast before going to the funeral at 10:30am. We were super hungry when the simple service was over. Everyone was invited to Aldo’s for lunch. We have eaten at Aldo’s many times and finally figured out how to order something that was tasty and not toxic. I recommend ordering a vegetable plate, requesting no salt and sautéed in very little oil, with potatoes, sundried tomatoes and olives along with the other veggies. It’s very good. But today we weren’t ordering, there was a buffet. Everyone knows we are vegan and we were told there would be a vegetable platter. The server came over to serve drinks. I told her we were the vegans and she said they knew about us. I let it go at that but should have remembered the last funeral when we ate here. We were served an oily pasta dish back then and that’s what we got today. I rarely eat pasta and if I do, it’s a rice noodle not wheat. I was so hungry, I will admit I ate about half of it. Gary picked the mushrooms off of his pasta plate and gave them to me. 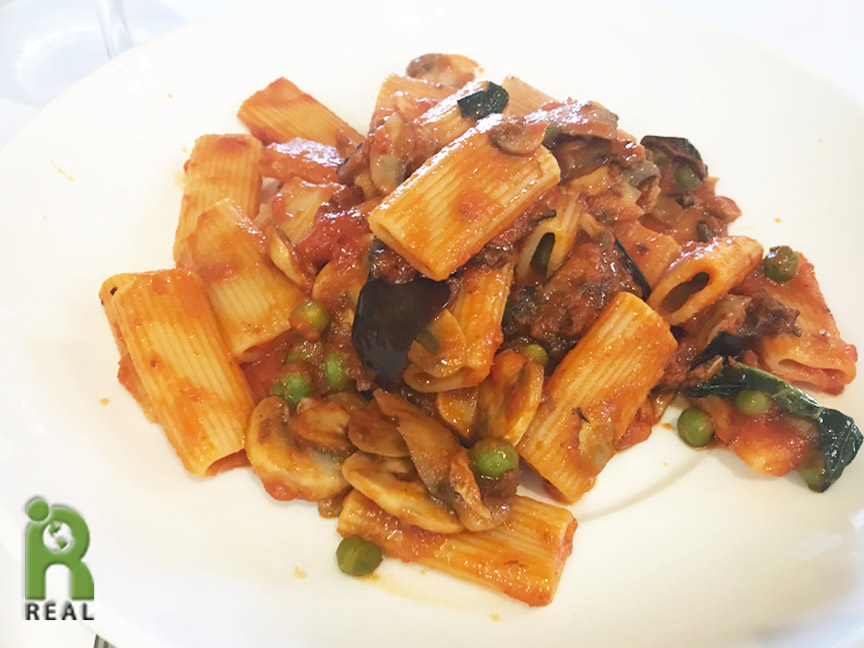 I was surprised that the vegetables were cold. It’s not unusual for an Italian restaurant, but I wasn’t expecting it. They were okay, although the Eggplant was a bit chewy. 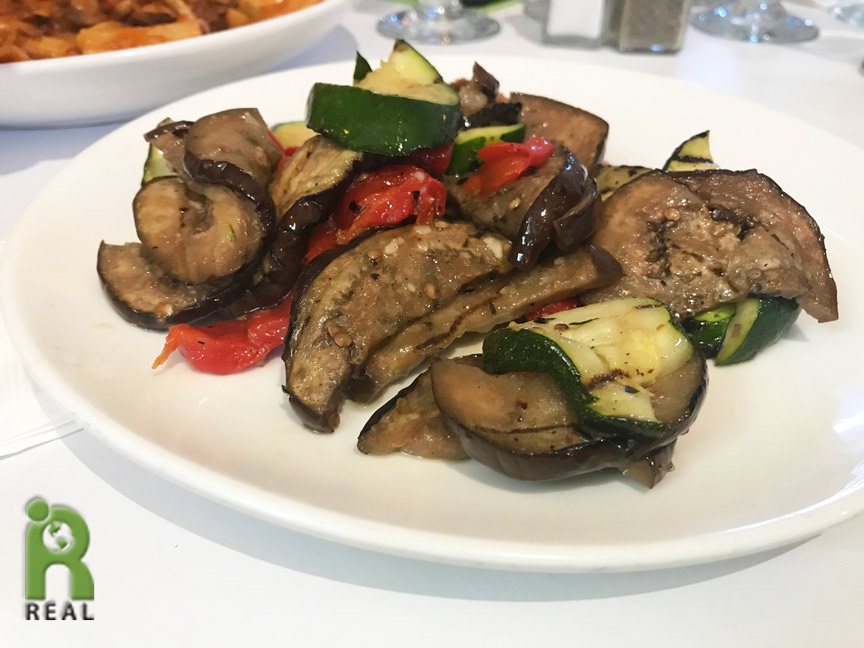 Second Meal: Gary and I were dressed in our funeral finery and we wanted to linger a bit, all dressed up so we went for a drive and ended up in Saratoga at the Big Basin Cafe. It was a beautiful day. We got a table outside. There were two people playing some fine jazzy, swing guitar music, a la Django Reinhardt. This cafe always has some vegan sweet and savory foods to order. The Apricot Turnover was good, we were not disappointed or frustrated with this one. We probably should have ordered ten more… 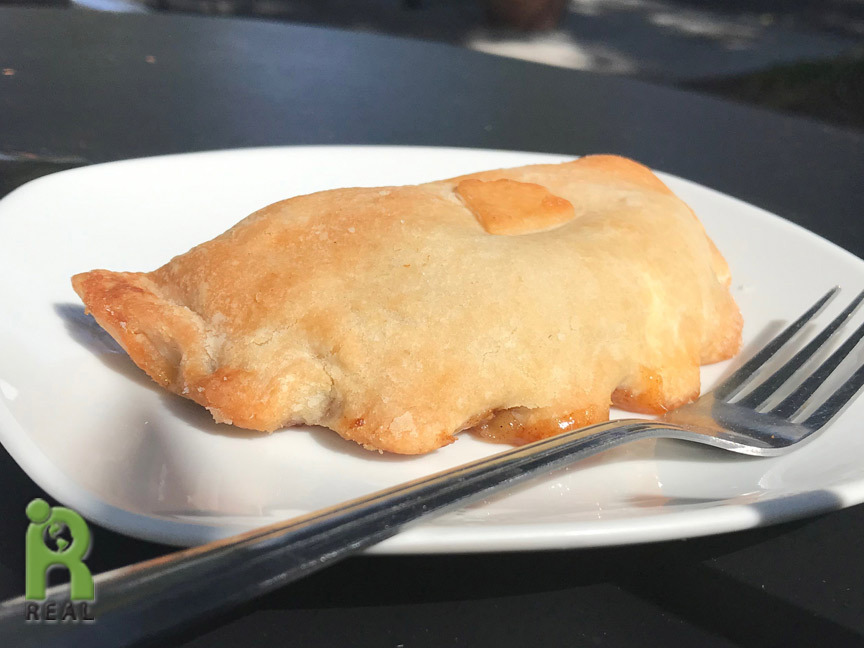 We also tried the Chocolate Cheesecake. It was very small, which typically is perfect when the dessert is rich with intense flavor. This one did indeed disappoint. I don’t know why it was considered a “cheesecake”, not because it was vegan but because the “cream cheesy” flavor was replaced with a plastic flavor and there wasn’t enough chocolate flavor to cover it up. I am glad it was small. 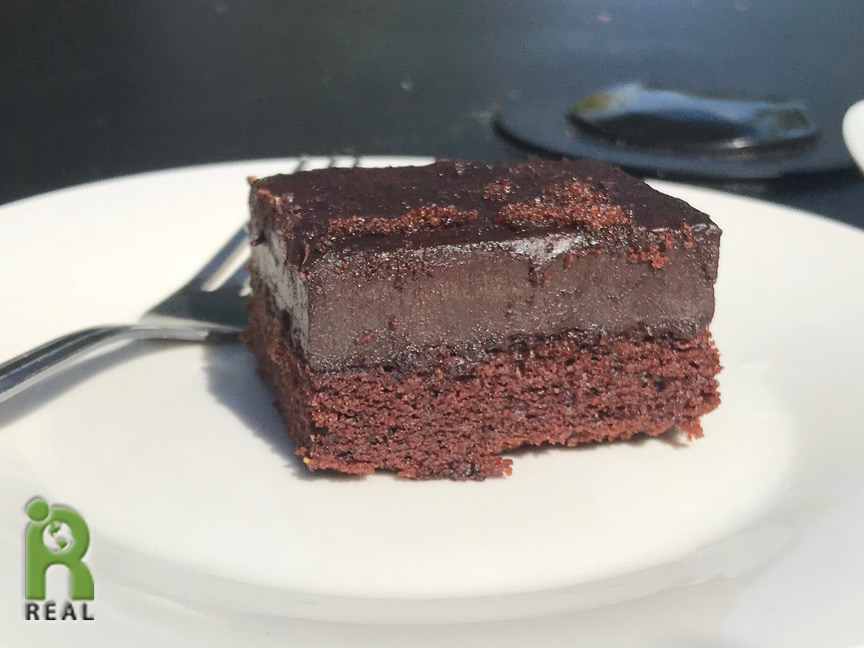 The tea was fine. I had a Wild Black Tea and Gary went with Chai. 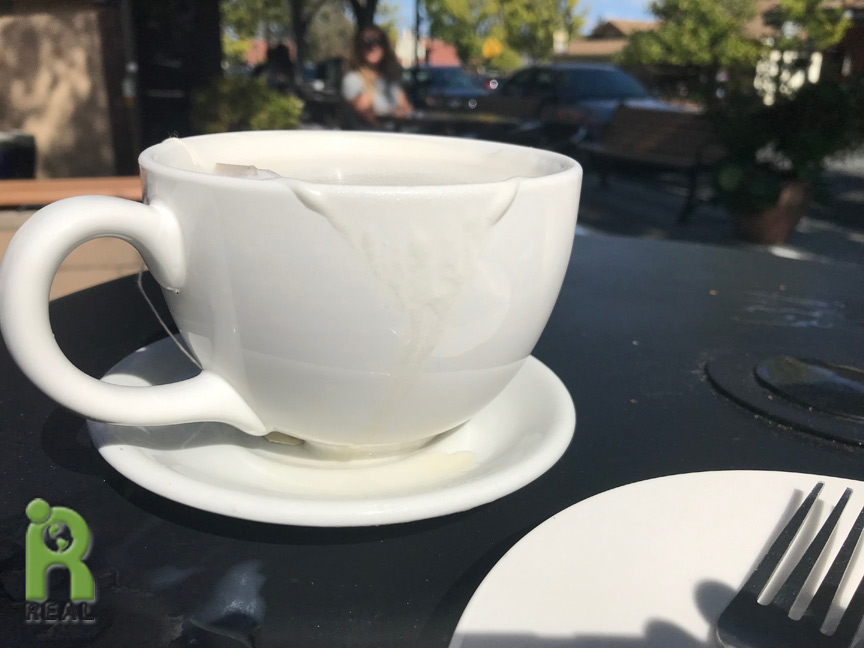 Third Meal: Gary was craving soup. I was not as hungry as he was so I suggested he choose the soup destination. We went to the Loving Hut in the Valley Fair Mall. I love the proud signage boasting vegan food. 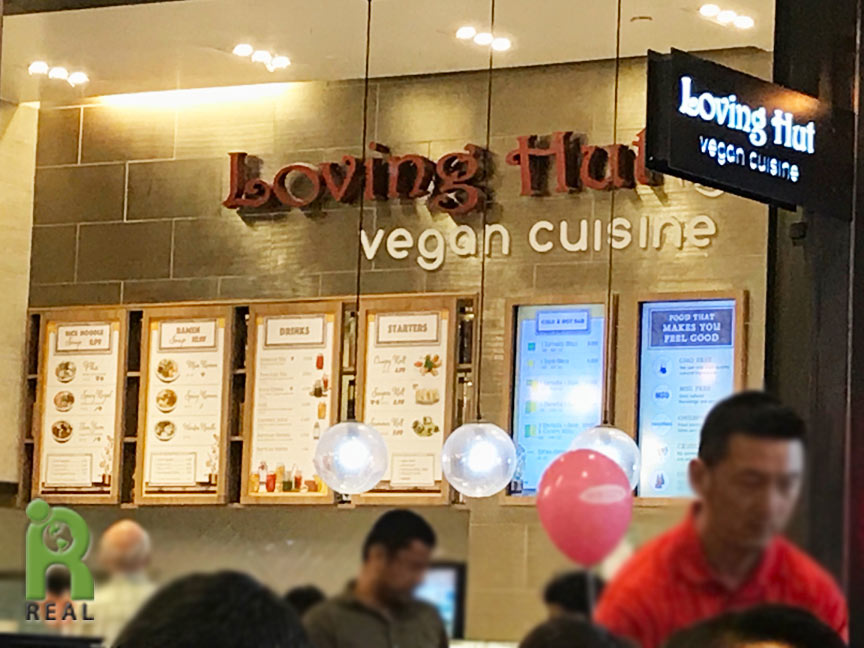 The Pho, which we typically love, seemed to be lacking. It was missing the vegan meat (called vegan protein on the menu). The menu describes the soup as a tradition Aulacese Rice Noodle soup with Tofu, Vegan Protein, Mushrooms, Bean Sprouts, Onion, Green Onion and Cilantro. We missed the meat. 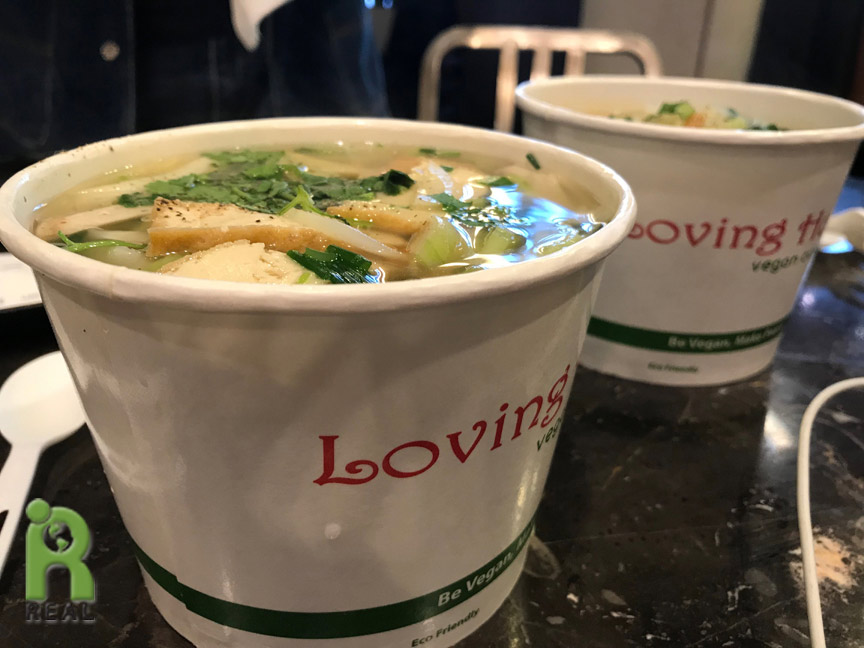 Snack: Last but not least we stopped at Trader Joe’s and Whole Foods for some basic staples. Trader Joe’s did not look good today and we left, disappointed. We hit the Whole Foods and picked up some bottled Green Juices, Apples, Strawberries, Oats, Cherry Tomatoes, Grapes, Dates with Coconut and Bananas. We ate up the grapes and binged on more Stranger Things episodes until we finished season 2. 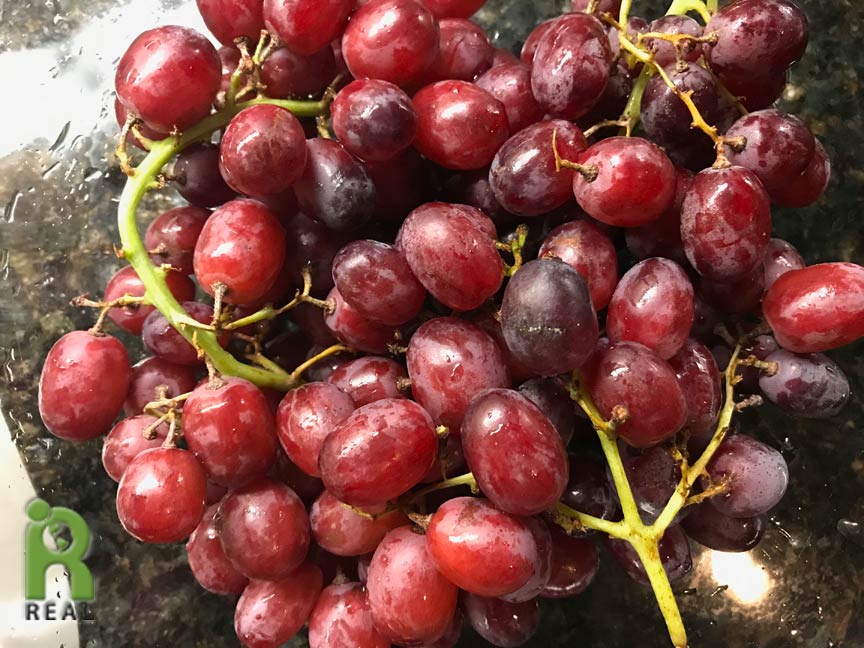