First Meal: We are leaving tonight on a red eye but we have plenty of time to enjoy the day here before we leave. We drove over the hill to Santa Cruz for breakfast at Dharma’s. Gary always gets the Breakfast Burrito. I was surprised, this time he only ate half and packaged up the rest for later. 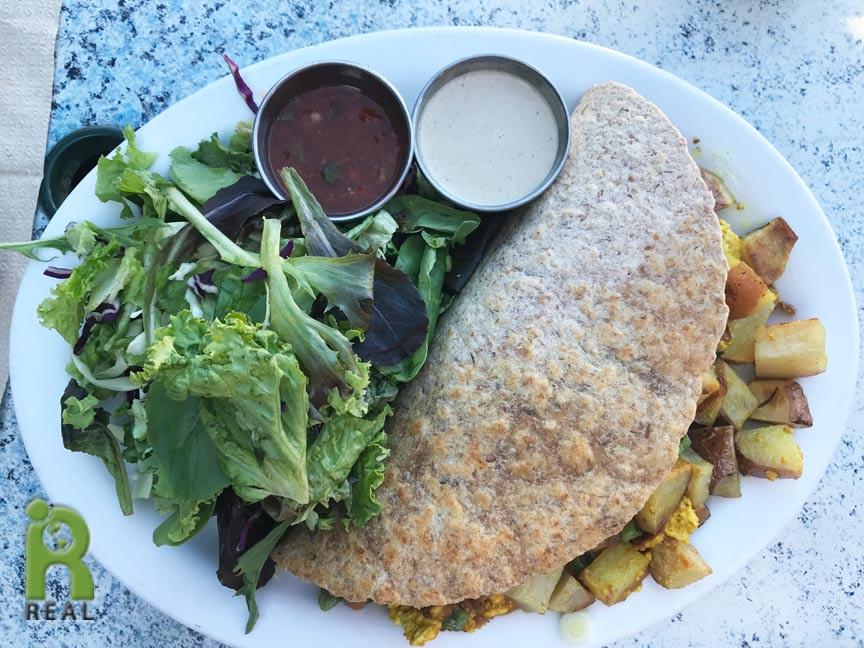 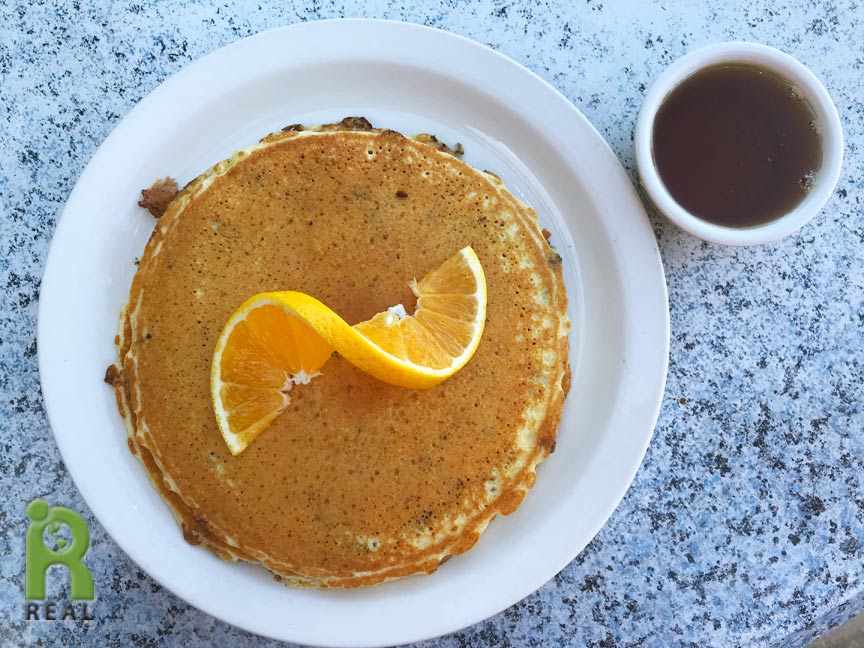 After breakfast we roamed around Santa Cruz for a bit and visited Gary’s brother and sister-in-law at their beach house. There was a wedding ceremony on the beach that was sweet to watch. We didn’t want to get stuck in any weekend beach traffic so we left early and drove back to Los Gatos.

Second Meal: We stopped at Kamakura Japanese Restaurant for a light meal before going to the airport. The staff here is so friendly. Everyone acknowledged us and bowed their head. We ordered some Edammame to start. 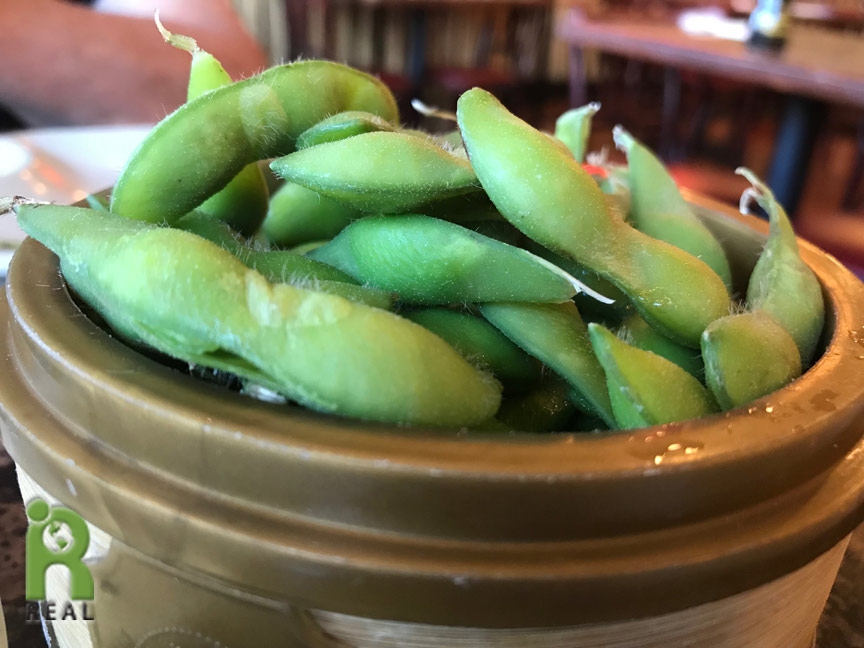 We also got some Avocado Maki. I explained to the smiling server that we were vegan. She gasped and said she admired us very much. She admired people who were vegan, implying that it was hard to do. We sat there for a long while, drinking many cups of delicious roasted Green Tea. 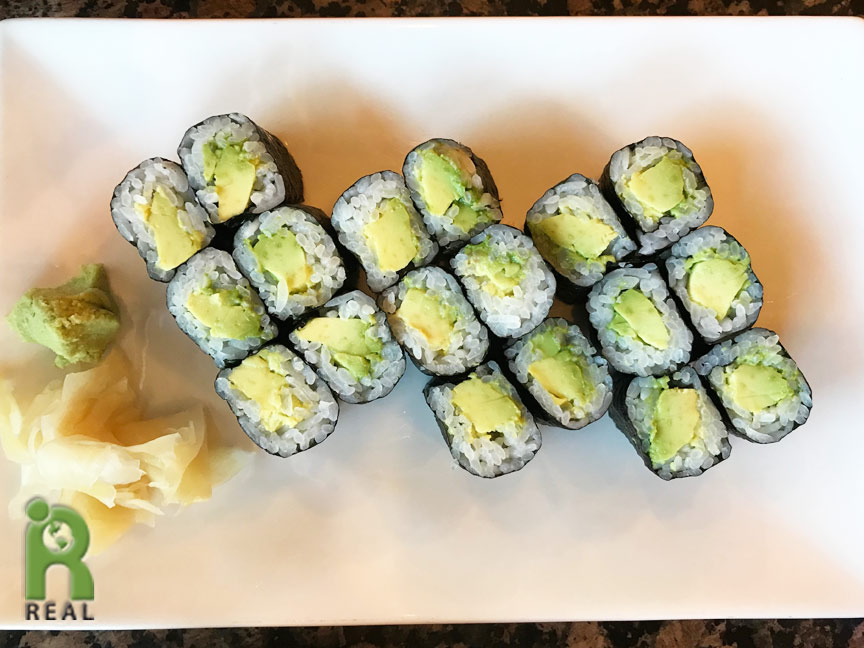 After dinner we walked across the street for our last Pressed Juicery Freeze in Los Gatos. They have added Waffle Cones to the menu which had to be tried. 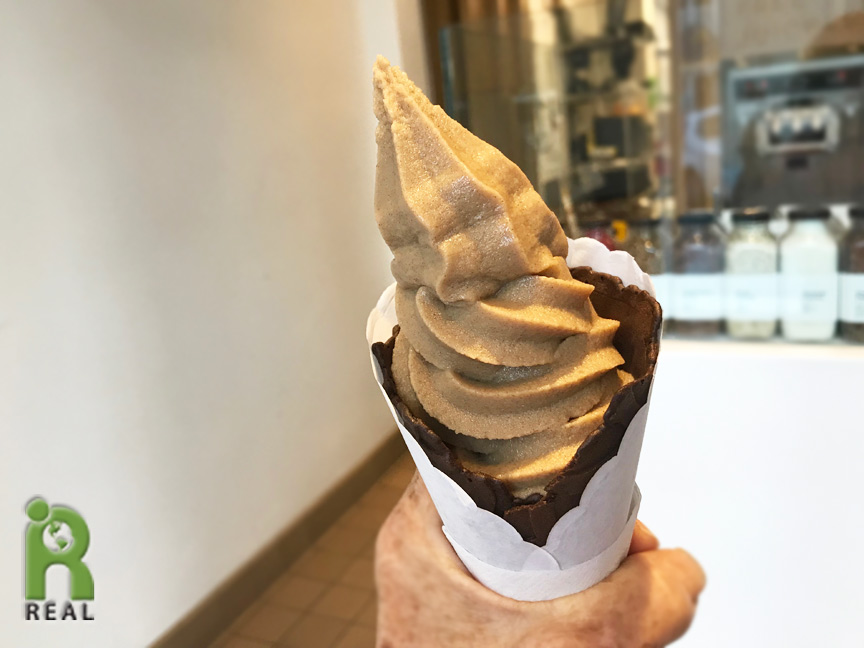 Third Meal: On the way to the airport, I prepared some snacks in the car. We had Rice Cakes, a little Peanut Butter, half of a Breakfast Burrito, a quarter stack of Pancakes, Bananas and Apples. I knew I couldn’t bring the Peanut Butter and Maple Syrup on the plane, they are considered liquids. I poured as much of the syrup as I could on the Pancakes to soak it up. Then I made Rice Cake Sandwiches with the Peanut Butter, mixing in the rest of the Maple Syrup. We ate everything up on the long journey home.