How quickly the week flies by. It’s Friday again, or Mother’s Day, the day of the week that I visit mom. I usually have a list of things to do at her house when I arrive but today I am saturated. My plan is just to visit. No projects.

First Meal: I kept to my word for the most part. All I did was a food order to be delivered to mom’s later in the day. Then we sat outside on her patio table and had green tea with her neighbor Laurie. It’s in Mom’s DNA to be a host and serve food. She didn’t have anything to put out, but she was creative. She brought out some crackers and jelly. She also put out some individual baggies with Raisins and Walnuts. She explained that some people came to the door for Halloween and she didn’t have any candy so she made about ten bags of raisins and walnuts. How sweet is that? She lives in a 55 or older gated community. There are no trick or treaters that come. And Halloween is next week. So she got a little mixed up. I was happy to have my bag of raisins and walnuts. I was hungry! Sometimes the three of us go to lunch together but mom kept saying she was too tired. Somehow we started talking about eating vegetables and salad. How would a subject like that ever come up? The idea of a nice big salad was enough to get mom out of her chair and get ready to go out for lunch. 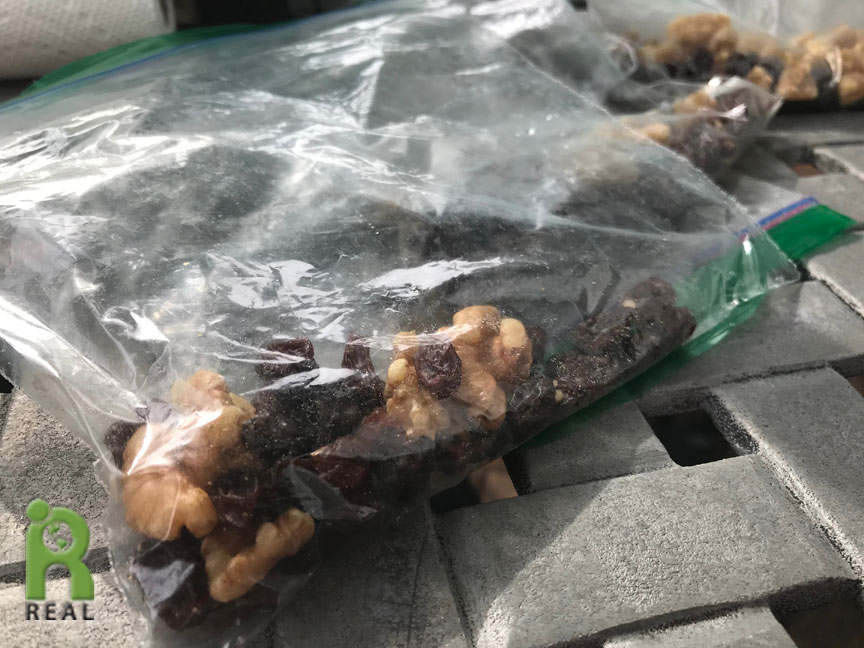 Second Meal: We went to the Cheesecake Factory and we all had Vegan Cobb Salads. 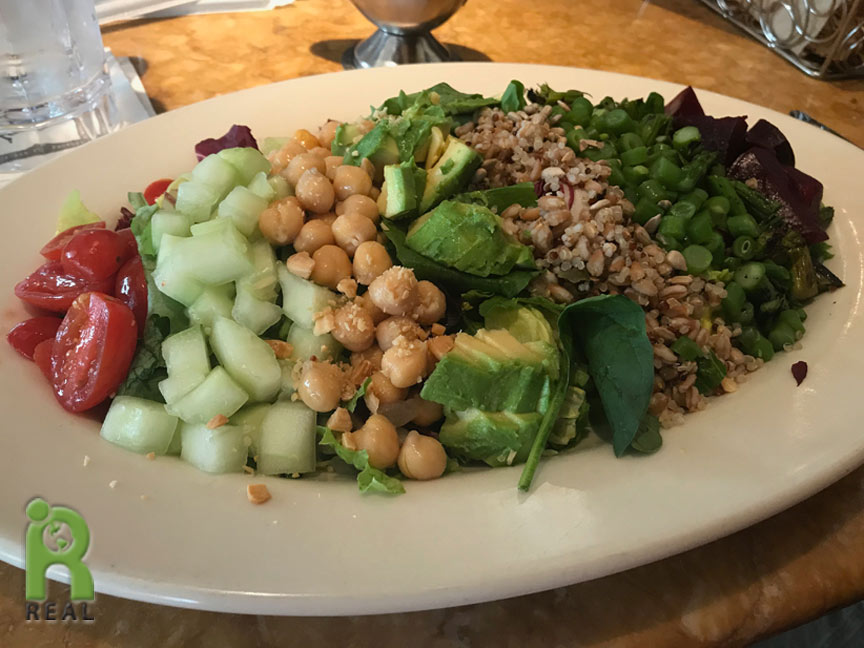 After my visit with Mom I went to Trader Joe’s for Potatoes, Soy Milk, Dates, Figs, Raisins, Walnuts, Almonds, Apples, Pears, Tofu, Tempeh, and frozen Berries, all organic of course. These are staples in our house and we have been out for too long. I bought a lot. I also bought Miyoko’s Cultured Vegan Butter and her Cream Cheese. I felt like indulging. It feels good to have the pantry and freezer filled.

Third Meal: We didn’t have much time, we had tickets to see Slave Play on Broadway. Gary steamed some Broccoli and Cauliflower and boiled Potatoes and Millet. We ate the Broccoli first. 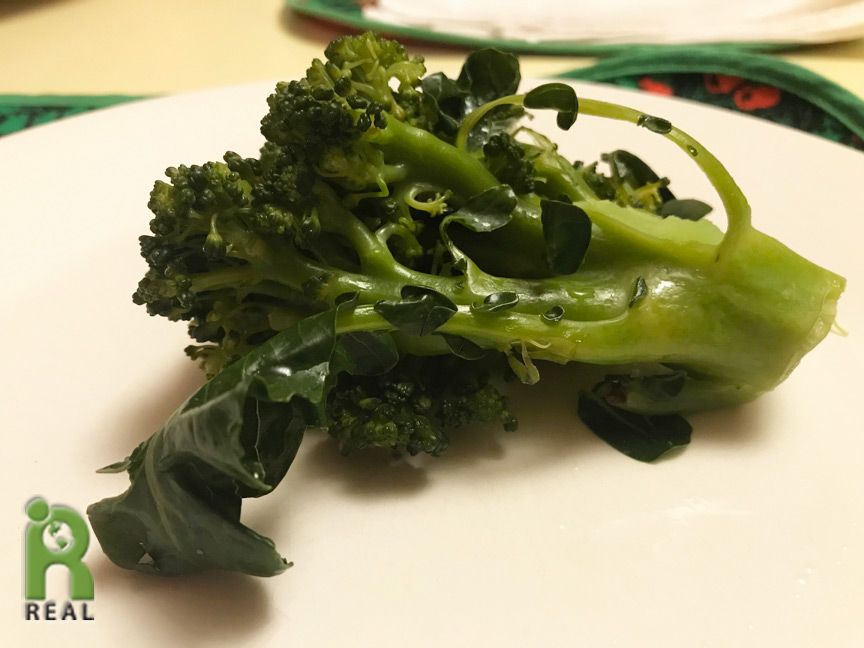 Then the Potatoes. The rest we would get to another time. We had to go! 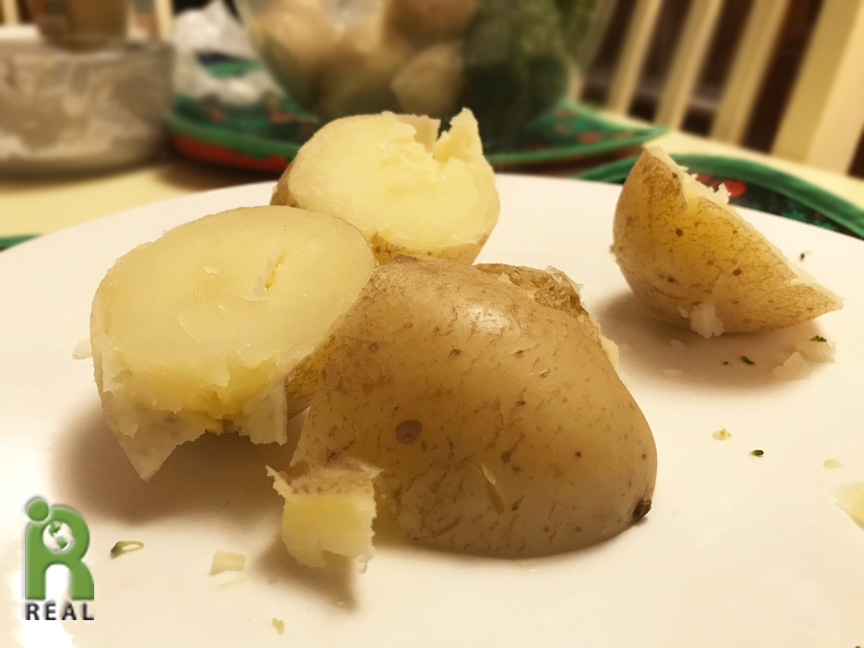 Third Meal: We were looking forward to the play and it was nothing like we imagined. We read a bunch of positive reviews about how groundbreaking it is and we are still having in-depth conversations about whether or not we agree with the reviews. After the play, I suggested heading over to P.S. Kitchen for happy hour afterwards to brighten our moods and delight our tummies. We began with beers. You may know I like Samuel Smith Organic Chocolate Stout, so when I saw the Duclaws Chocolate Peanut Butter Stout I wanted to try it. It was okay, but not as good as Sam’s nor was it organic. And I couldn’t taste any peanut butter. 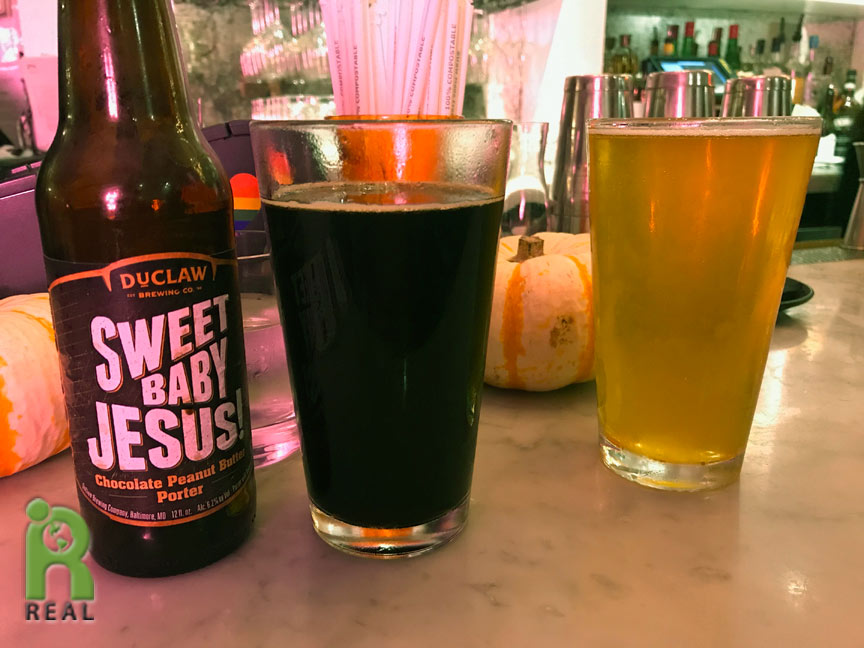 Then I suggested getting a small plate. We got the Buffalo Maitake. Now Gary doesn’t eat mushrooms except when in this dish. It’s excellent, served with Potato Salad, Crudités and the house Blue Cheese Sauce. 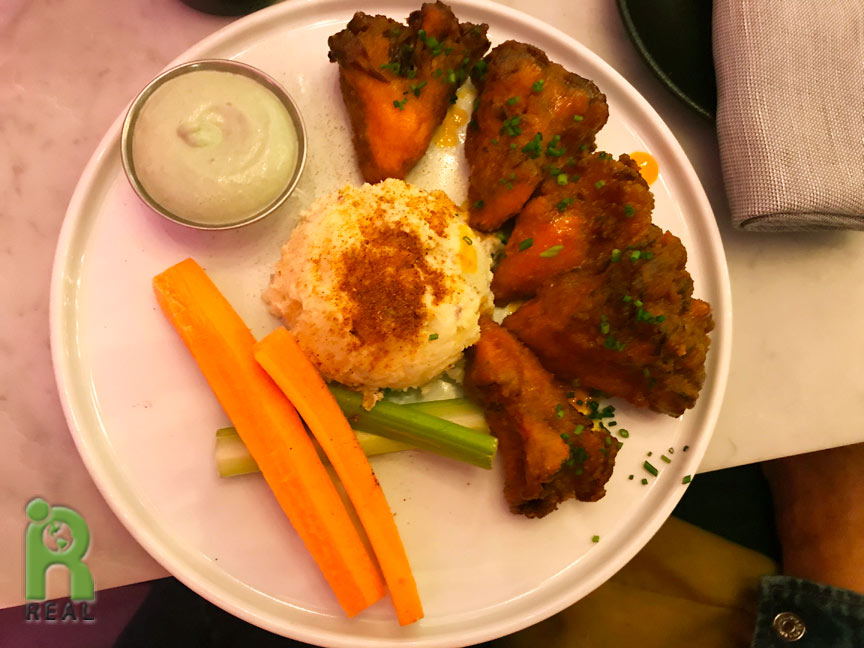 Then Gary suggested getting a dessert. We’re having a party everybody. He chose the Brownie with Cashew Caramel and Coconut Ice Cream. Excellent choice. 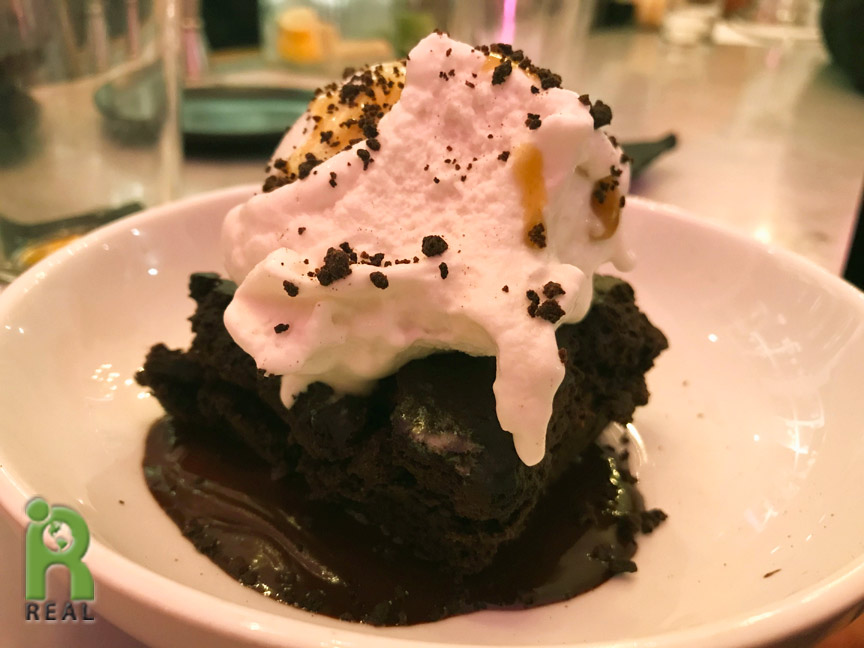