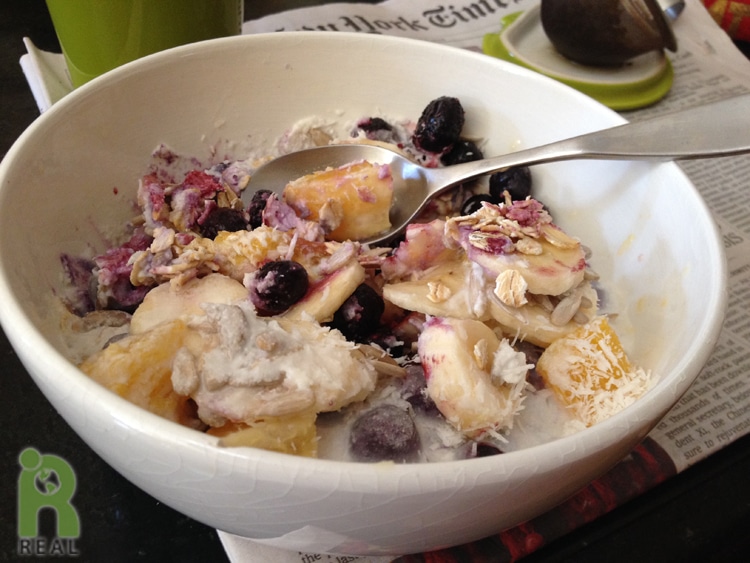 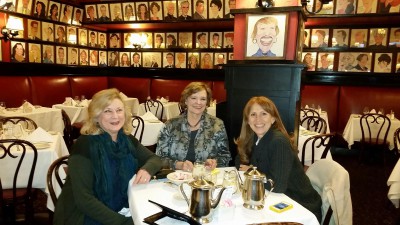 I was invited to lunch at Sardi’s. I met Carole Hamlin (pictured on the left) about 11 years ago at Vegetarian Summerfest and we became fast friends – not only did we share a love for good vegan food and vegan activism, but we both loved the arts – film, theatre, fine arts.

When I was being treated for advanced ovarian cancer in 2006-2007, I chose to have chemotherapy at the Block Center in Evanston, Illinois, outside of Chicago. The travel expenses were not covered by my insurance. When I told Carole that I was going to the Block Center she told me her sister Barbara (pictured in the center) lived in Evanston and I could stay with her when I need to. At first, I was just touched that she mentioned it and never thought I would actually take her up on it. I flew to Chicago for 7 visits over a 4-month period for treatments. The treatment didn’t work! I had a second surgery and the surgeon couldn’t find the residual mass that had grown since my first surgery prior to chemo. He said there was nothing there, saying the PET scans showed a false positive. Three months went by and I felt terrible. After another scan I learned that the surgeon had made a mistake. He had operated and looked in the wrong place. The mass had grown significantly. I found new doctors and had a successful surgery. Then I needed more chemo. I chose to return to the Block Center. After seeing how other hospitals handled chemotherapy, I was afraid to go anywhere else. They were wonderful at the Block Center. My new aggressive chemo treatment involved 12 trips over another 4-month period. I couldn’t afford the travel expenses. I was fortunate that through my sister’s business connections I was able to get employee rates at a nearby hotel for some of my stays, but not all of them. I remembered Carole’s offer and I contacted her sister Barbara. I ended up staying at Barbara’s home numerous times. It was lovely to have a real home to go to and I was so grateful.

Fast forward to 2015 and all is well. Carole was coming to Manhattan from Baltimore and Barbara was meeting her. We went to Sardi’s because Carole discovered they had a business lunch with vegan items on the menu. I had a Mesclun salad with a Balsamic Vinaigrette followed by a Tofu and Vegetable dish in a spicy coconut sauce with steamed rice. It was a lovely afternoon. 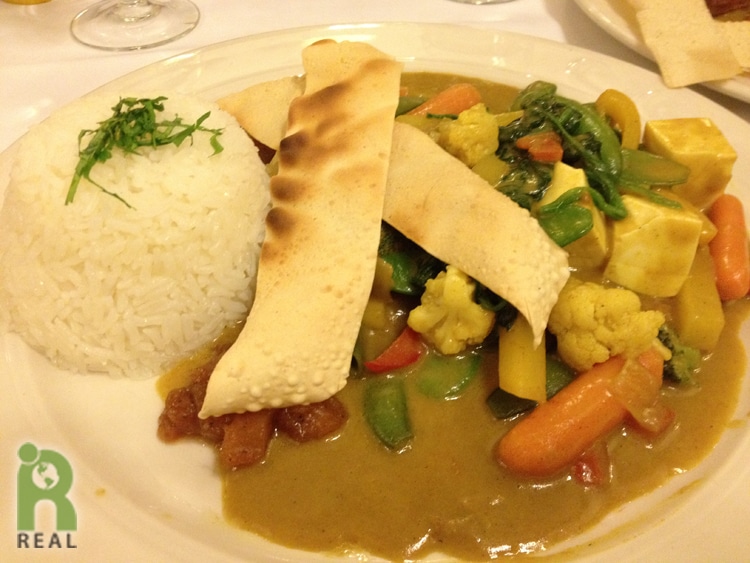 To Carole and Barbara, thank you! So here’s to the Ladies Who Lunch! And here’s a clip of me singing that Sondheim song which I performed back in 2007 in a production of Side By Side By Sondheim, directed by Gary De Mattei, while going through my aggressive chemo treatment:

Dinner: I was not hungry for dinner after the big lunch out but I could not quench my thirst. I get so thirsty after eating restaurant food because I am not used to using salt. I prepared a big cup of Hibiscus Tea to rehydrate.

Evening:
The chocolate chips we sampled the day before were not very good. I had bought them a while ago and the chocolate flavor was weak. We thought they would do well in cookies. Oatmeal chocolate chip cookies! And we were right, served with Rooibos Vanilla Almond tea. 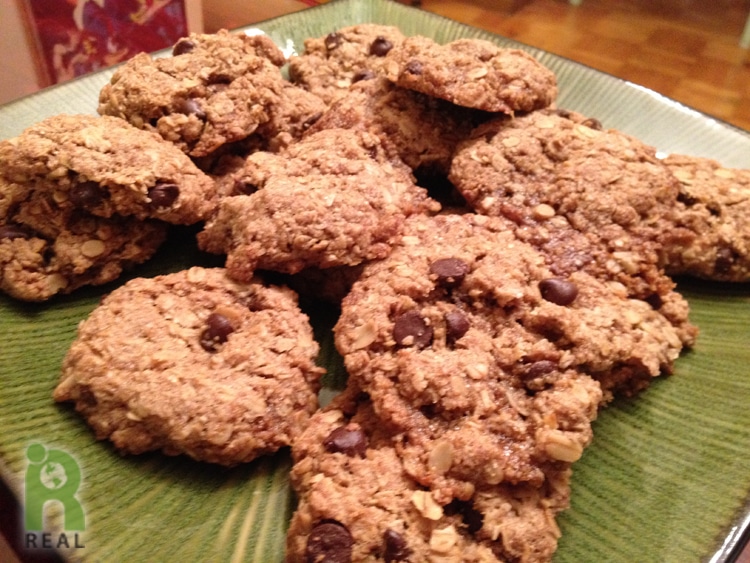